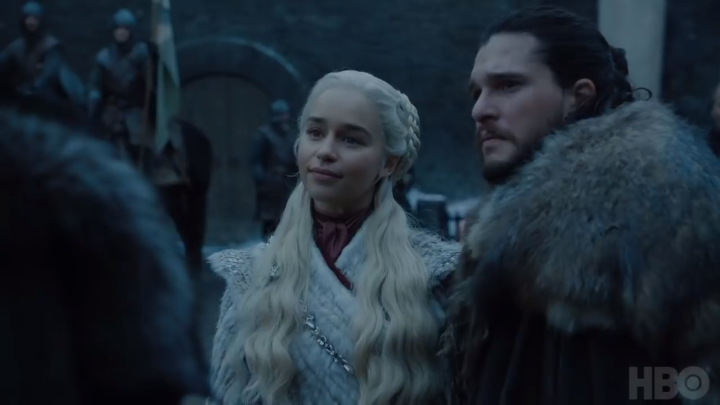 We’re nearly there, Game of Thrones fans, season 8 is almost upon us. We’ll soon see who will win the throne, who will survive the Night King’s assault, and how it all ends. And the closer we get to season 8’s start date, the more details arrive about the show, all meant to make us want to see the final Game of Thrones season even more than we already do. Like this revelation, for example, that the Battle of Winterfell, as it’s called right now, will be the biggest, longest battle ever seen in a movie or TV show. It’s apparently even bigger than the 40-minute Helm’s Deep siege from Lords of the Ring.

Game of Thrones already delivered a few great battle scenes, and fighting is what makes this medieval universe work. There’s fighting between the different factions and an all-out war against the undead. And our favorite characters keep dying because nobody is really safe.

This Battle of Winterfell is directed by the same person who helmed Hardhome and the Battle of the Bastards, Miguel Sapochnik, Entertainment Weekly reports. And HBO showrunners went all out on this particular sequence, dedicating it 11 weeks of all-night shooting in harsh conditions so that everything comes out perfect.

In addition to being the longest consecutive battle sequence ever, the battle also brings together the largest number of Game of Thrones major characters since episode 1, which will make it an exciting thing to watch.

Sapochnik drew inspiration for the battle from the Helm’s Deep scene, which he studied to determine where the audience would get “battle fatigue.”

It feels like the only way to really approach it properly is take every sequence and ask yourself: ‘Why would I care to keep watching? One thing I found is the less action — the less fighting — you can have in a sequence, the better.

The director also explained how he went about filming the battle when it comes to major characters:

The [GoT battles] I’ve done previously were generally from Jon’s perspective. Here I’ve got 20-some cast members and everyone would like it to be their scene. That’s complicated because I find the best battle sequences are when you have a strong point of view. I keep thinking: ‘Whose story am I telling right now?’

Filming for the battle was a gruesome experience for the cast as well. Here’s what Arya actress Maisie Williams had to say about shooting the battle scene:

”Nothing can prepare you for how physically draining it is. It’s night after night, and again and again, and it just doesn’t stop. You can’t get sick, and you have to look out for yourself because there’s so much to do that nobody else can do… there are moments you’re just broken as a human and just want to cry.

And that’s just the actors. The crew worked equally hard. “I heard the crew was getting 40,000 steps a day on their pedometers,” Liam Cunningham (Ser Davos Seaworth) says. “They’re the f—king heroes.”

Sophie Turner, meanwhile, said at some point that the whole episode is 90 minutes long, which is just incredible for a TV show.

That said, we have no idea what happens in the battle, although EW did let out a few details about it:

And that’s not even the show’s finale. Game of Thrones can’t get here soon enough. But while you wait, check out the full EW coverage at this link.