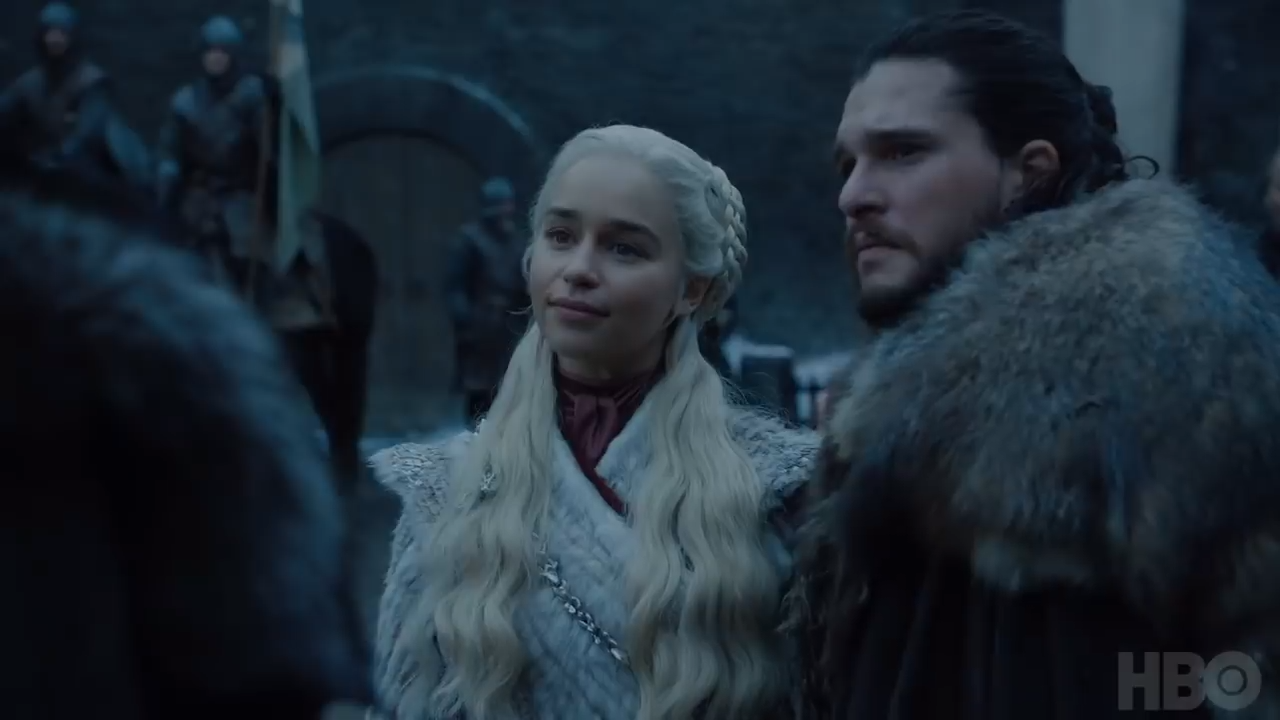 As exciting as Sunday night was for the winners at the Golden Globes, HBO managed to steal some of their spotlight by debuting new footage from its lineup of 2019 shows — some of which are returning, and others of which are brand new to the network. The two clips that stood out were from the final season of Game of Thrones and the first season of Watchmen, but all of the shows HBO chose to highlight looked intriguing.

Back in November 2018, HBO confirmed Game of Thrones would return for its eighth and final season in April 2019. We haven’t heard much since, but on Sunday, we got our first glimpse, as Jon Snow and Daenerys Targaryen arrive in Winterfell and Sansa Stark seems to pledge her kingdom to the queen’s cause.

It’s just a fleeting moment in what is sure to be a whirlwind of a final season, but seeing Jon and Sansa back together should be enough to tide fans over until the show returns in a few months. Unfortunately, we still don’t know precisely when that will be, but it shouldn’t be much longer until HBO makes another announcement.

The other highlight of the commercial is the mysterious footage from Watchmen, which is a new take on the classic Alan Moore graphic novel from Damon Lindelof (Lost, The Leftovers). Not much is revealed in the clip, but we do get a look at Jeremy Irons, who will be one of the main characters in this adaptation.

Other shows featured in the commercial include Euphoria, Big Little Lies season 2, True Detective season 3, and the last season of Veep. It’s looking to be yet another incredibly busy year for the premium network.