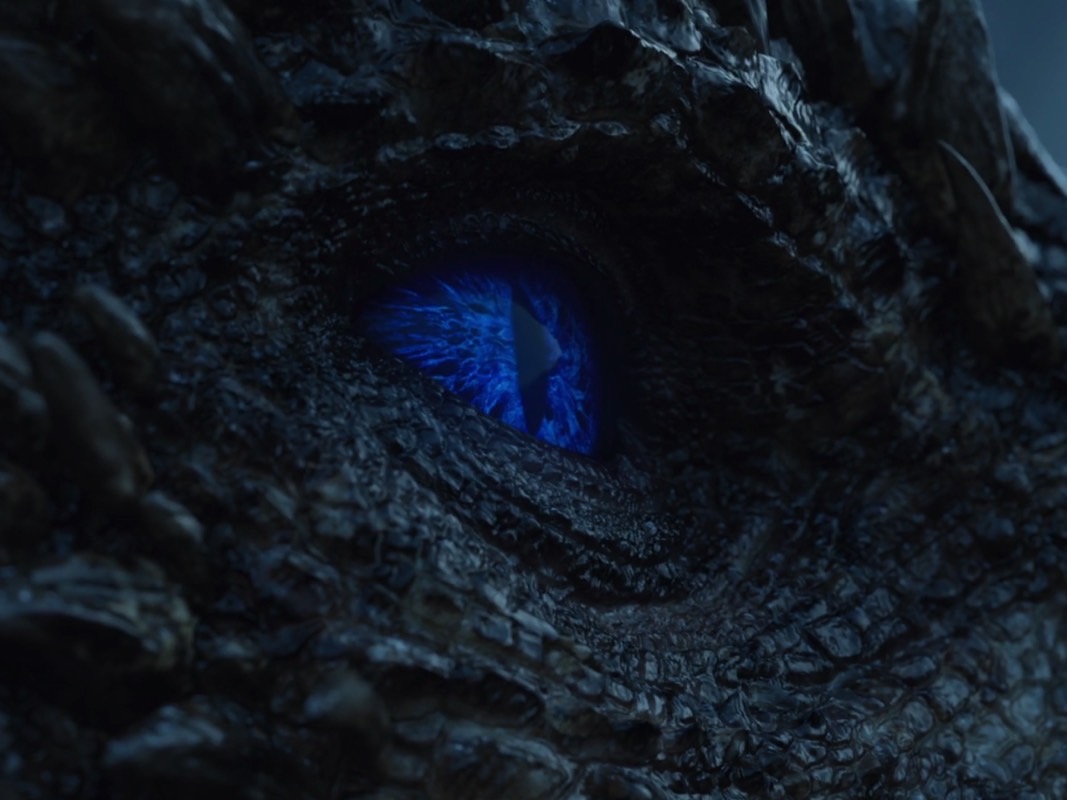 There’s still a long way to go until season 8 of Game of Thrones hits HBO, but we finally have answers to some of the main questions left after that terrifying season finale last year. We still don’t have an explanation for those damned chains, but at least we know a thing or two about Viserion, the ice dragon that’s now serving the Night King’s army. And it all comes straight from the horse’s mouth at HBO, officially, rather than fan theories or purported leaks.

Viserion may be dead right now, but he’s not a wight. Instead, he’s a dragon. Also, he breathes fire, not ice, as some people believed. Yes, the shade of his fire is blue, but it’s still fire.

The news comes from the script for The Dragon and the Wolf, which happens to be the seventh season finale. The full text was posted on the Emmys website, iO9 reports, since it was nominated for several awards at the 2018 show.

As you can see in the following excerpt from the portion of the script that describes the arrival of the Night King’s army at the wall, the writers clearly identify the Viserion as fire-spitting ice dragon (emphasis ours):

But then a stranger sound comes from the north. Tormund looks to the sky, and sees a mote on the horizon, coming in fast.

EXT. EASTWATCH, NORTH SIDE OF THE WALL

…hitting the Wall with a blast of blue flame.

A massive chunk of the Wall breaks free ahead of Tormund. The ice dragon glides away, and we get our first clear look at him, and at the Night King on his back. He’s done the same thing to Viserion that he did to Craster’s sons. Only those were babies, and this is a dragon.

Right at the end of the script, there’s an indication that some of the men on the Wall may have escaped the carnage, and we’re particularly interested in the fates of Tormund and Beric Dondarrion (again, emphasis ours):

Tormund and Beric lead their wildling comrades to the stairs carved in the ice — Eastwatch has a massive zig-zag stairway, not an elevator like Castle Black.

They run for their lives and disappear from view.

EXT. EASTWATCH, NORTH SIDE OF THE WALL

The Night King and his dragon circle back, coming in for the kill.

Thunderously, it begins to give way, sending pieces falling into the sea like a calving iceberg.

We see a few Wildling stragglers who didn’t make it down in time fall hundreds of feet to their death.

The ice dragon keeps blasting until a huge breach has been opened, one large enough to admit the Army of the Dead, all 100,000 of them. And the White Walkers. And the Night King, flying low over their heads, into the camera —

— and away from it. All of them heading south, for the world of men.

The full script for the episode is available at this link.