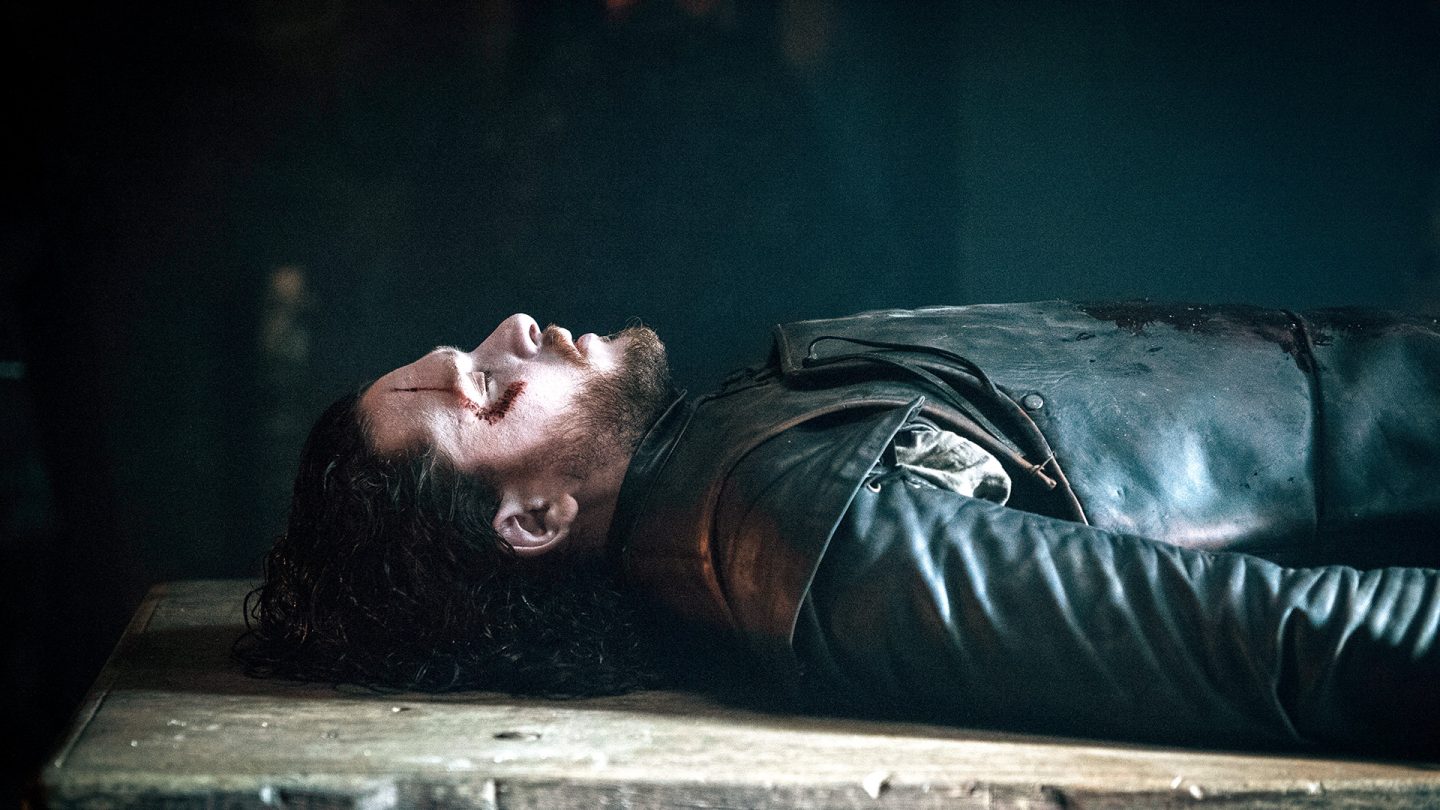 Even though HBO decided to bring Jon Snow back to life rather early at the end of the second episode of the current Game of Thrones season, he’s had only a few brief appearances since then. And so far we’ve seen a Jon Snow who’s troubled about what happened, but also pretty determined to help Sansa and his family regain command of the north and then lead the defenses against the White Walkers. To some people, it may feel like Jon Snow is too absent from the show, but that’s actually a good thing. The show isn’t only about him, and while a big part of the main plot of the season revolves around this particular character, there are plenty of other important things going on in Westeros and Essos that we need to be aware of.

With just two episodes left in season six, episode 8 brought us even closer to the inevitable conflict between bastards. But you should stop reading now, to avoid major spoilers, if you haven’t seen episode 8 yet.

DON’T MISS: WSJ: A smarter-than-ever Siri is coming to iPhone and the Mac

Action-packed episodes are anyone’s favorites, but the show is about intrigue as much as it is about warfare. Episode 8 is an episode that’s filled with additional mind games, rather than action, though it does have its good moments.

On the action side of business, we have the Hound and the Mountain each doing what they’re best known for: bashing enemies with tremendous strength.

The Hound is after the men who ransacked the village he was living in, looking for retribution. The Hound is quite an axe-wielding machine, and he does it with a touch of humor. In his small quest, he meets up with the Brotherhood without Banners, a gang of good-doers we haven’t seen in a while. The Hound killed Beric Dondarrion in a trial by combat fight a long time ago, though a red priest soon revived him. This was a hint last summer that there’s a way for Jon Snow to return to life at the hand of Melisandre.

The accidental meeting is important for two reasons. First of all, the Hound may somehow join Jon Snow’s forces in the north. Or at least he might be of use once the undead attack. The Brotherhood knows something is brewing, and we should see them again in the following episodes. Second, the emergence of this particular group might foreshadow the arrival of Lady Stoneheart (the revived Catelyn Stark).

The Mountain, on the other hand, lives to do Cersei’s bidding. No matter how obnoxious she can be, it’s great to see the Mountain take on and faith militant with his immense cruelty. The High Sparrow doesn’t make an appearance in this episode, but he demands to see Cersei. When that fails, he convinces King Tommen to abolish the trial-by-combat law, which means Cersei will have a rough time at her trial. Even so, she now knows a great secret, one the writers fail to share with the viewer at this stage.

Speaking of secrets, Varys is sent to an unknown destination, where he’s to perform some secret task. We aren’t let in on the secret, the most famous dwarf in the world knows.

Jaime, meanwhile, is dying to get back to Cersei, and he might be able to save her shortly. He just completed his mission. He took the Riverrun castle without any bloodshed. Well, that’s technically incorrect, as the Blackfish died – and yes, we’ll mourn that character. Jaime convinces Edmure to pledge allegiance to the Lannisters and the Freys and offer them the castle. Strangely enough, the men who’re ready to die defending the castle under Blackfish’s command somehow think it’s wise to obey to Edmure, their long-lost lord who’s going to give up Riverrun to a sworn enemy. Jaime does all this with a single goal in mind, to get back to his sister.

His love for Cersei is so strong that he’s willing to jeopardize his friendship with Brienne. Before using Edmure, he grants her access to the castle, after she tells him that Sansa Stark could use the Tullys in her war in the north. We see the good side of Jaime once again when she tells Brienne that his sword is hers to keep, but his devotion to Cersei is bigger than that. Brienne fails to convince Blackfish, and she ultimately sends a message to Sansa that she has failed. Jaime sees her escape the castle after Edmure surrenders it, but lets her get away.

Moving over to Essos, we see Meereen attacked by the slave masters, in spite of Tyrion’s previous negotiation successes, but the Mother of Dragons makes quite a return. It’s not quite a triumphant one, as we have no idea what will happen next. She says nothing in the scene of her return.

In Braavos, Arya Stark recovers impressively, after receiving some help from Lady Crane. However, the Waif kills the actress and chases Arya down the streets of the town in a scene that’s somewhat similar to Assassin’s Creed action. Arya draws the Waif in a trap and ultimately kills her. She then makes it clear that she’s Arya Stark, rather than no one, and she wants to get back to Westeros. Arya, however, has just become no one.

Speaking of secrets, Arya does have an interesting remark in the latest episode of Game of Thrones. She wants to find out what’s west of Westeros – will she discover the Earth is round at any point in the future?

We may not appreciate all of HBO’s decisions for episode 8, but, all in all, it delivered some action, and plenty of extra intrigues, ahead of this year’s grand – and likely bloody – finale.

As for Jon Snow’s screen time, we may have not seen too much of him lately, but he’s central to one of the season’s main plots: the Stark vs. Bolton fight in the north, which wouldn’t happen without him, and which is important for the real fight against the undead. Winter, let’s not forget, is coming.