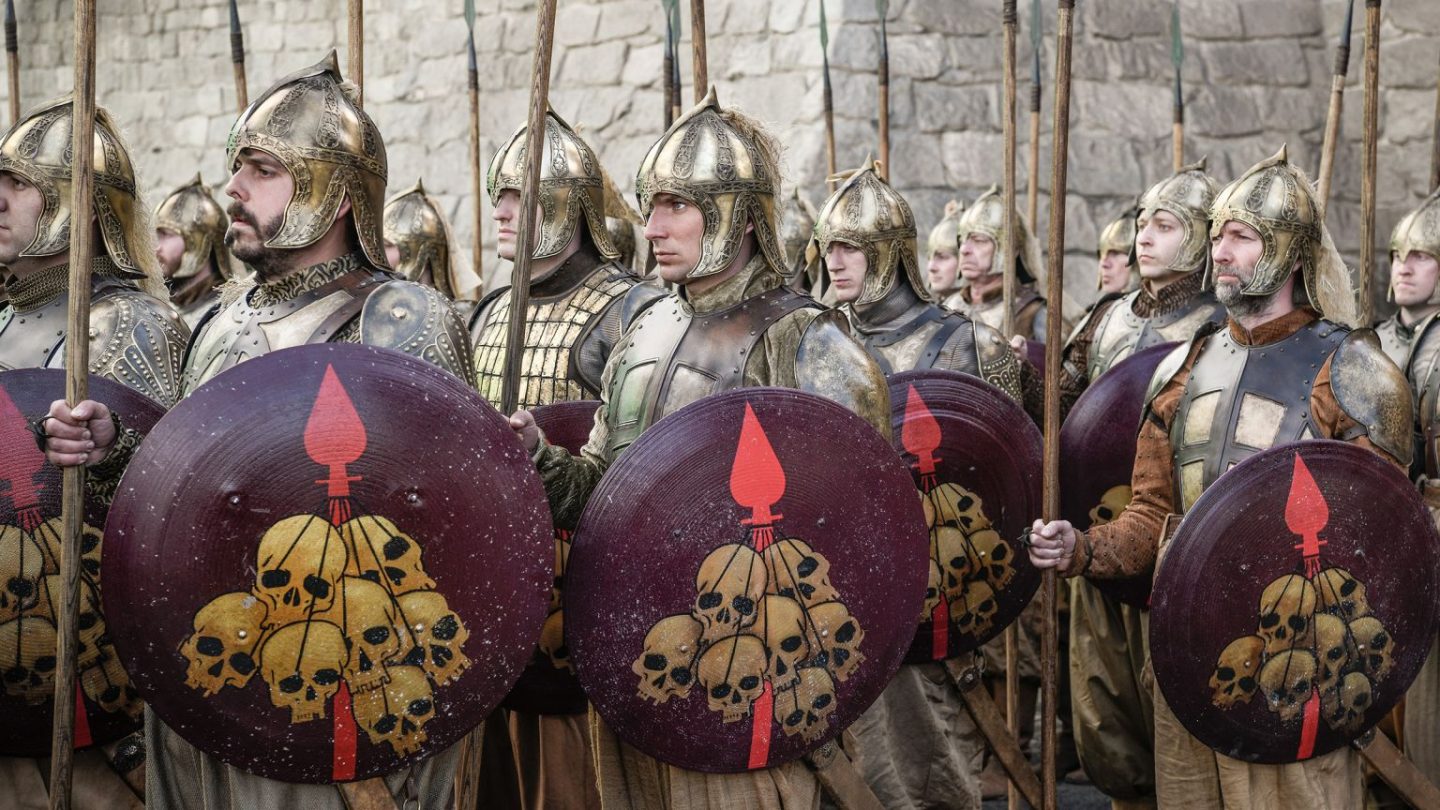 According to a recent report from Variety, a TV series based on George R.R. Martin’s Tales of Dunk and Egg novellas are in the early stages of development at HBO. Set in the same world as A Song of Ice and Fire (the book series from which Game of Thrones was adapted), the novellas follow the adventures of Ser Duncan the Tall (“Dunk”) and Aegon V Targaryen (“Egg”) 90 years before the events that took place in the HBO show.

Variety’s sources say that no writers or actors are attached to the project yet, but Tales of Dunk and Egg will be a high priority for the premium network as it attempts to recapture the magic of Game of Thrones.

There have been three novellas in Martin’s Tales of Dunk and Egg series of novellas: The Hedge Knight (1998), The Sworn Sword (2003), and The Mystery Knight (2010). The three novellas were collected into a single volume titled A Knight of the Seven Kingdoms in 2015, which featured more than 160 illustrations by Gary Gianni. All of the novellas were also adapted as graphic novels several years after they were originally published.

Providing HBO decides to move forward with the show, Tales of Dunk and Egg will be the second Game of Thrones prequel produced for the network. Last year, House of the Dragon was given a series order, rewinding 300 years from the original show to “tell the story of House Targaryen.” George R.R. Martin and Ryan Condal (Colony) co-created the series, while Miguel Sapochnik and Condal will serve as showrunners. Actors Paddy Considine, Olivia Cooke, Emma D’Arcy, and Matt Smith have all signed on, and the show is expected to debut on HBO in 2022.

Barring an enormous catastrophe, House of the Dragon is set in stone as one of the Game of Thrones spinoffs that will eventually come to HBO and , but Tales of Dunk and Egg is far from a sure thing. Keep in mind that the prequel series starring Naomi Watts went as far as to have its pilot filmed and edited before HBO pulled the plug, so until the show actually appears on our screens, we can’t be sure that it’s being produced.

That said, with Disney+ preparing to launch dozens of shows based on properties like Star Wars and Marvel, HBO’s got to be feeling the pressure. If wants to keep up with the industry’s top players, it certainly wouldn’t hurt to capitalize on and expand upon one of the most important intellectual properties of the last decade.