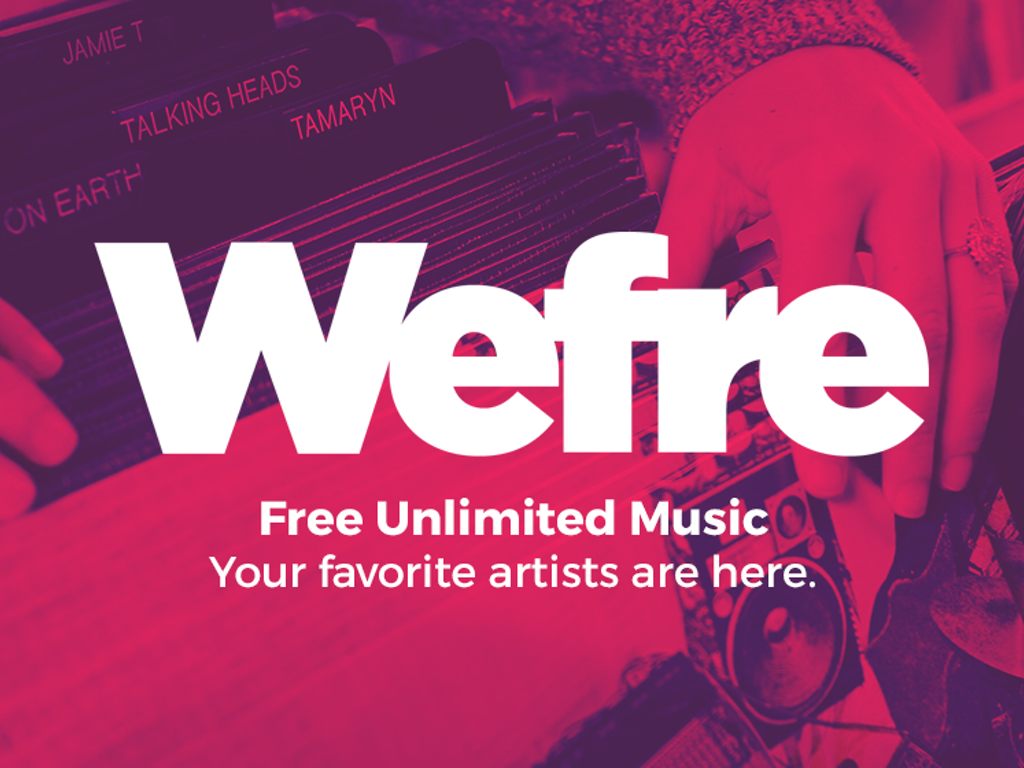 When it comes to questionably legal streaming music services, they’re often more hassle than they’re worth. Not only do they typically lack the features of the major players like Spotify, Apple Music and Pandora, but there’s no telling when the DMCA notices will start pouring in, forcing you to abandon your playlists and find a new alternative.

Wefre, the latest of these services, might be the exception to the rule.

DON’T MISS: Tim Cook explains why iPhone sales will decline for the first time in history

To say that Wefre.com is a blatant ripoff of Spotify might not be too much of a stretch, but there are some notable UI differences that actually make the newcomer more palatable than its older, definitely legal brother.

Once you’ve signed up for an account, you’ll immediately be thrown into a barren home page — a far cry from the busy, loud landing page on Spotify’s web app. To the left, you’ll find a search bar as well as a list of links to popular albums, new releases, the top 50 songs and popular genres. Everything loads in the blink of an eye, and searches even auto-fill as you’re typing.

Alright, so Wefre is attractive and fast and filled with free music. How is it going to stay operational?

TorrentFreak, pulling from an article on Infotechnology.com, explains that utilizes the official APIs made available by YouTube and Spotify to build its library and catalog the music appropriately. In other words, none of the tracks are pirated, as was the case for the “Popcorn Time for music” app, Aurous, that got shut down last year.

“YouTube and Spotify offer APIs for developers. We created Wefre fulfilling their terms,” says Wefre creator Boris Vera. “We offer legal services and we operate correctly under the terms of use. When you click on a song a YouTube video is actually playing in the background and thanks to the Spotify API for developers we can organize music, so Wefre does not store a single song.”

Wefre is currently only accessible from a browser, but Vera is currently running a Kickstarter campaign to build an iOS and Android app for the service.

There’s no telling whether or not Wefre will be able to survive the inevitable pushback from the RIAA, but for now, it’s a great, free alternative to Spotify and the like.