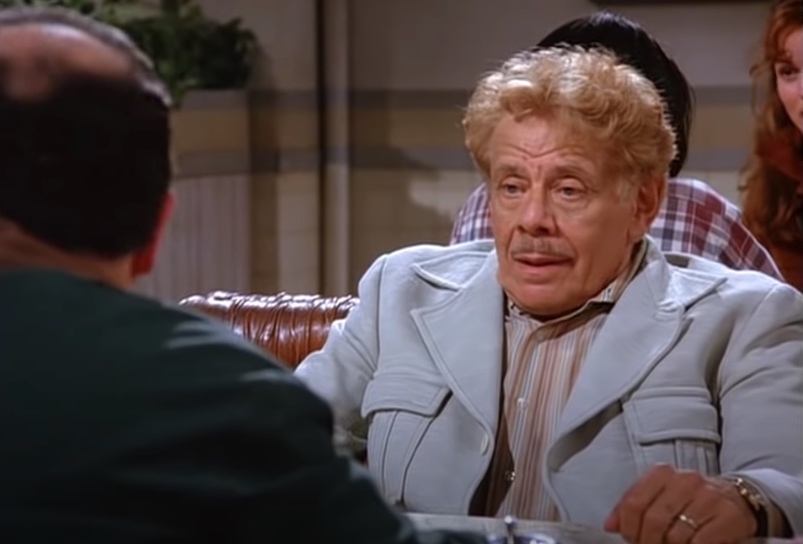 The world lost a comedy icon this week with the passing of Jerry Stiller. Primarily known for his portrayals of Frank Costanza on Seinfeld and Arthur Spooner on The King of Queens, Stiller also made frequent cameo appearances on a number of other TV shows and movies, such as Zoolander and Heavyweights.

Stiller had an extensive comedy career that went all the way back to the 1950s when he performed improv with The Compass Players, an ensemble whose members ultimately went on to form the famed Second City in Chicago. During the 1960s and 70s, Stiller and his wife, Anne Meara, joined forces and formed a successful comedy duo known as Stiller and Meara. That said, there’s no denying that it was Stiller’s portrayal of George Costanza’s dad on Seinfeld that made him something of a household name across the globe.

One interesting piece of Seinfeld trivia is that the role of Frank Constanza was played by John Randolph during season 1 of the show. Stiller was offered the job but turned it down because he was busy acting in a Broadway show at the time. Stiller later remarked that he didn’t even know who Jerry Seinfeld was when the show was first getting off the ground.

Stiller only appeared in about 30 Seinfeld episodes, but that was all he needed to leave an indelible mark on the show and the comedy world at large. In light of Stiller’s recent passing, The Ringer put together a pretty solid list chronicling the best Frank Costanza moments from the show.

Not surprisingly, the first entry on the list is the Festivus plot line that appeared in the 1997 episode The Strike. As a quick refresher, Frank was so jaded with the commercial aspect of Christmas that he created a new holiday called Festivus. And from there, the somewhat famous phrase — A Festivus for the Rest of Us — was born.

The pole. The cassette tapes. The feats of strength. The airing of grievances. There’s a reason Frank Costanza’s celebration of Festivus struck such a lasting chord. It’s because we too have batshit crazy parents. Not in the sense that they all created fictional holidays, but in that they too did cringeworthy things to embarrass us that still haunt us to this day. Festivus is an agnostic holiday, but watching Jerry Stiller as Frank describe it is its own religious experience.

An excerpt from the episode can be seen below:

If you’re a Seinfeld or Stiller fan, you’ll definitely want to head over to The Ringer for their full rundown. It’s a nice comedic trip down memory lane.