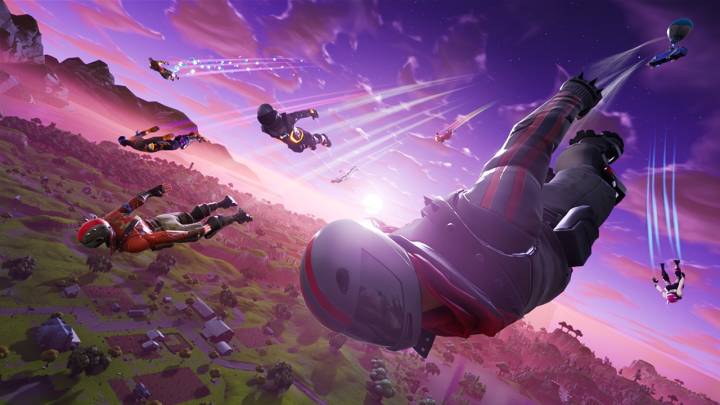 If you’ve been keeping track of Fortnite in recent months, you know that Epic Games likes to keep the game fresh by permanently altering the map with massive, explosive events. Last season we watched as meteors began to fall from the sky, which eventually resulted in the creation of Dusty Divot (and the introduction of a few new locales around the map). Epic is now gearing up for another event, but you might only have one opportunity to see it live.

Not long ago, a countdown timer began appearing on the TVs scattered around Fortnite’s map. No one knows exactly what the timer is counting down to, but it runs out at 1:30 PM ET this Saturday. Whatever Epic has been planning this whole time, we’ll finally see the fruits of their labor on Saturday afternoon.

While Epic hasn’t formally announced what will happen this Saturday, something else has been taking place on the island in recent days, and many Fortnite players suspect that the two are related. In addition to the countdown, there have also been sirens blasting near the hidden super villain lair, which sprouted up in season 4:

As The Verge notes, the lair just so happens to house a giant rocket. It doesn’t seem like much of a stretch to assume that after pelting the map with meteorites last season, Epic will launch a rocket into the stratosphere this time around. Fortnite YouTuber Muselk claims that you need to be at the rocket on Saturday to experience the event:

Guys.
Be at the rocket at 1:30pm Eastern time on Saturday.
Something big is gonna happen. And its only gonna happen once.
Thats all Im gonna say.
RT and get the word out.

If you want to be a part of Fortnite history, head to Snobby Shores on Saturday at 1:30 PM and wait patiently.