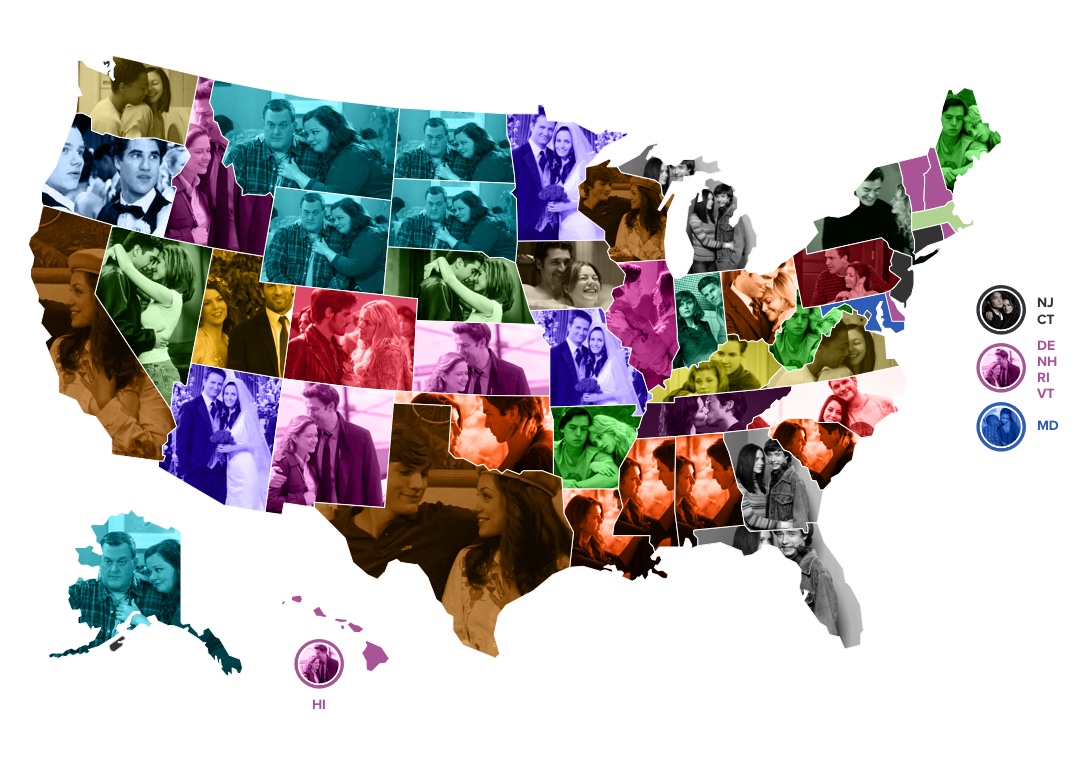 For TV audiences in eight US states, modern TV romance doesn’t get any better than Jim and Pam. That’s a reference, of course, to the beloved couple from NBC’s The Office, which introduced fans to easygoing paper salesman Jim Halpert and the adorable receptionist Pam Beesly he falls head over heels for and eventually marries. The show stretched out the whole will-they-or-won’t-they trope over several seasons, until the two were finally brought together at a point when fans were, finally, most ready for it.

Jim and Pam are the most popular TV romance for audiences in Delaware, Hawaii, Idaho, Kansas, New Hampshire, New Mexico, Rhode Island and Vermont, a fact which the folks at USDish.com — an authorized Dish reseller — determined after looking at Google Trends search volume over the past five years for two dozen iconic TV couples. They crunched the data in honor of Valentine’s Day, and you can read on to see what they came up with for your state, as well as everyone else’s.

You can match this legend to the graphic above to check out the full results:

Location, no surprise, apparently plays a big role in audience favorites here. For example, That ’70s Show is set in Wisconsin, so naturally the show’s couple of Jackie and Kelso — played by real-life couple Mila Kunis and Ashton Kutcher — are the favorite in The Badger State. Likewise, Gossip Girl is set in New York, so it’s perhaps fitting that neighboring states like Connecticut and New Jersey are fans of Chuck and Blair. Of course, Sex and the City is also set in New York, which helps explain why Carrie and Big are that state’s favorite.

Finally, another fun location-based finding worth noting is how gothic and vampire series are often filmed in or set in places in the South, specifically in states like Louisiana and Mississippi. Which helps explain why those states’ favorite TV romance is Damon and Elena’s, from The Vampire Diaries.