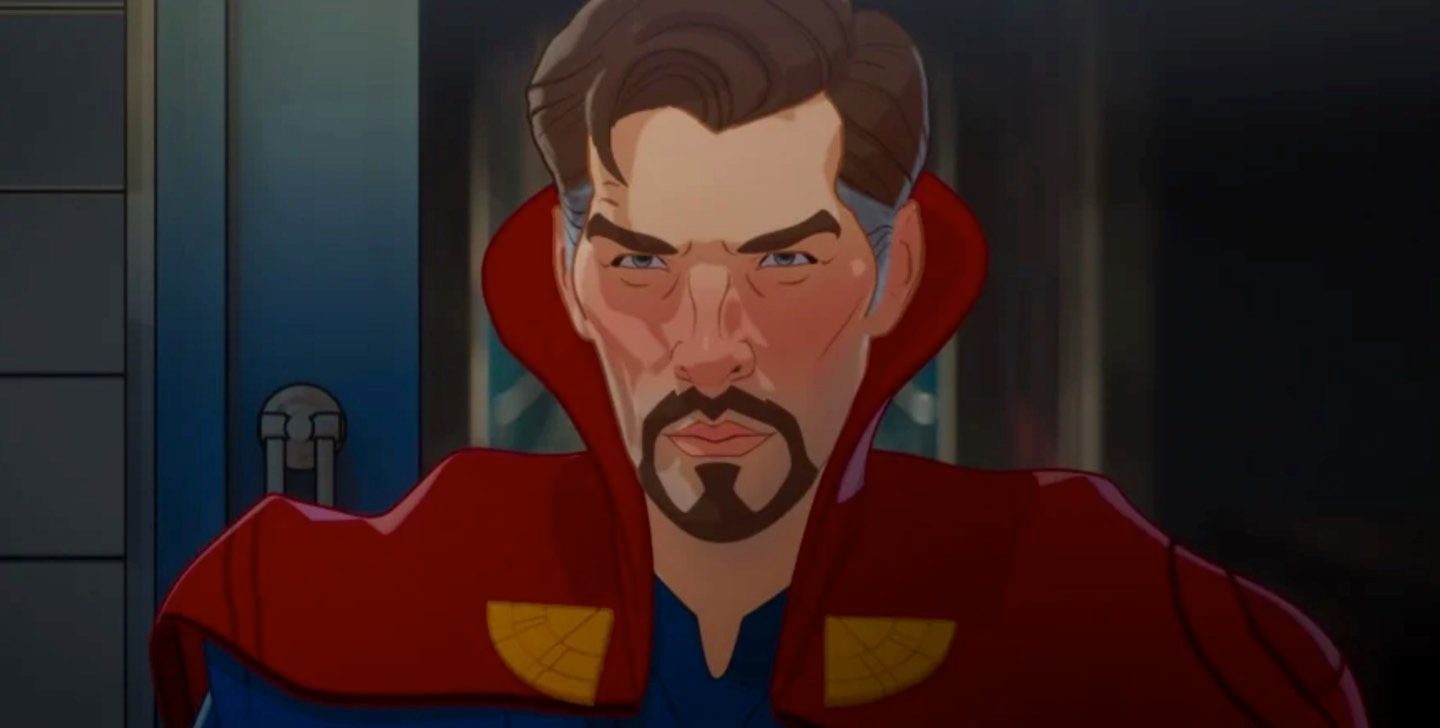 Marvel debuted the first episode of What If…? last Wednesday. The first season will run through October 6th, with a new coming to Plus every Wednesday. That’s a total of nine 30-minute episodes for the first season, each of them telling exciting alternate stories from the multiverse. That much we already know about What If…?. The events of Loki made the multiverse stories in What If…? possible. Everything that happens in the animated TV show is MCU canon. Marvel confirmed as much in recent weeks without disclosing more details about the episodes. We still have no idea whether the alternate realities we’re about to discover are connected to each other in any way. But thanks to various interviews, we know which episode of What If…? we’re anticipating the most: The one with Doctor Strange.

It’s always intriguing to hear from the cast and crew of a new Marvel show. During WandaVision‘s run, Paul Bettany teased a massive cameo in the final episodes. The Falcon and the Winter Soldier head writer Malcolm Spellman said that episode 5 would be the most exciting. And then we heard Loki actor Tom Hiddleston say that was most eager to see the reactions to episodes 4 and 5 of Loki.

What is Doctor Strange up to in What If…?

A Redditor put together a selection of quotes from Jeffrey Wright, A.C. Bradley, and Bryan Andrews about the Doctor Strange What If…? episode. Wright voices The Watcher in What If…?, the narrator who will guide us throughout this adventure. Bradley penned the scripts for the show, and Andrews is the What If…? director. In what follows, you’ll see what each of them had to say in different interviews about the Doctor Strange episode.

“I was really taken by the Doctor Strange episode, which you will see when you get there. For some reason, it just really pulled at my emotions. [Laughs] And as well, it becomes a story of interest to the Watcher too, so in that way, we kind of see things from a similar perspective. So yeah, check out the Doctor Strange one when it comes. When you land on that one, you’ll land in a place where I sat up even further in my seat.”

“Personally, I was blown over by the Doctor Strange episode, which just hit me like somewhere very central to me. As well, The Watcher takes a very peculiar interest in that story too. He and I have a common perspective on certain things. It’s got all of the magic, and it’s got all of the colors and the excitement, but there’s a moral thread to it and lessons to be learned within that I found really riveting and relevant.”

“I have a few favorites. The Doctor Strange episode was a very special one to me for writing, and going into it, I was quite scared because it features some very heavy themes. I don’t think it’s a spoiler to say that it deals with flaws and tragedy,” she said.

“Once I sat down and started working on it, it was actually a very rewarding experience because we got to play around with why does loss hurt so much and because it all comes down to love. Only the things we love can hurt us. This is the most human episode of the lot, but it also has some beautiful imagery, some amazing action, and hopefully a few good twists.”

Read the full interview in Kakuchopurei.

“With Doctor Strange, it’s all about loss,” she said on the Post-Credit Podcast. “Then where would loss lead a man, especially a man who has this kind of power. How far would he go. And then you kinda go big, weird, and wilder.”

"With Doctor Strange it's all about loss. Then where would loss lead a man, especially a man who has this kind of power. How far would he go. And then you're kinda go big, weird, and wilder." (Via @PostCredPod ) pic.twitter.com/1SmRAJ5DFZ

“Definitely, the Doctor Strange episode, that was a great one too. It totally goes in a direction that the other episodes don’t and I think animation should go there and do that more often. This became the perfect vehicle to help flex some of those muscles. That was definitely special.”

“The Doctor Strange episode does stand out.” It’s “deeper than the others,” Andrews told Grace Randolph (see below).

“It gets to go a little bit darker, more emotional, more cinematic,” he said. “They’re all strong but that one definitely has a few extra things going on with it.”

"The Doctor Strange episode does stand out."
"Deeper than the others."
"It gets to go a little bit darker, more emotional, more cinematic."
"They're all strong but that one definitely has a few extra things going on with it."

“The Doctor Strange episode is a tour de force. It ends in a particular way, you’ll know it when you see it. When they actually see it, they’re going to be like, ‘I can’t believe they did that s—!”

When will the Doctor Strange episode premiere?

Andrews told Grace Randolph in the video interview above that the Doctor Strange episode they keep hyping is the fifth one. will release What If…? episode 5 on September 8th, so that’s how long we’ll be waiting.