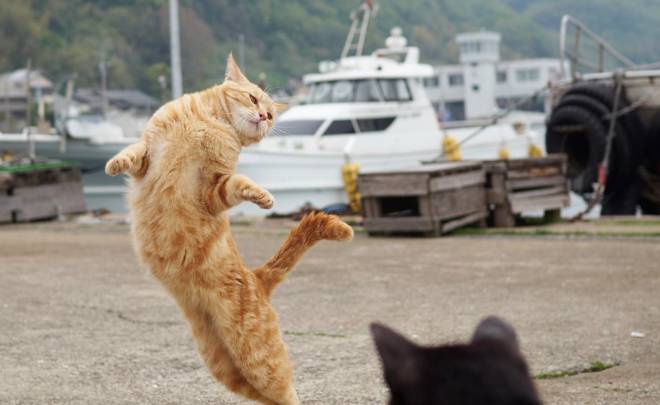 As remarkable as it might be, ballet isn’t for just anybody. I’ve seen Black Swan. I know it takes years of practice and plenty of sacrifice to master it. If you’re a human, that is. If you’re a cat, it probably comes natural to you, and you can do ballet whenever you like. At least that’s what the latest internet craze seems to suggest.

Cats have unique ways of moving and they tend to always land on their feet. That means you’ll see them perform some pretty awkward jumps and flips, especially when they’re startled, and that’s how hilarious viral cat videos are made.

But the following images, posted on Twitter, show confident cats moving more gracefully. They’re dancing out in the wild using moves right out of a ballet. Or at least that’s how it looks when you snap a photo at just the right moment.

Posted by @sakata_77, this series of cat pictures went viral on Twitter, recording more than 34,000 retweets and more than 36,000 likes:

If that’s not enough, here are more photos showing other felines doing their dances:

Too bad we don’t have videos recording these graceful dances. But if cat ballet becomes a new thing online, we should expect to be bombarded with plenty of similar pictures in the future.