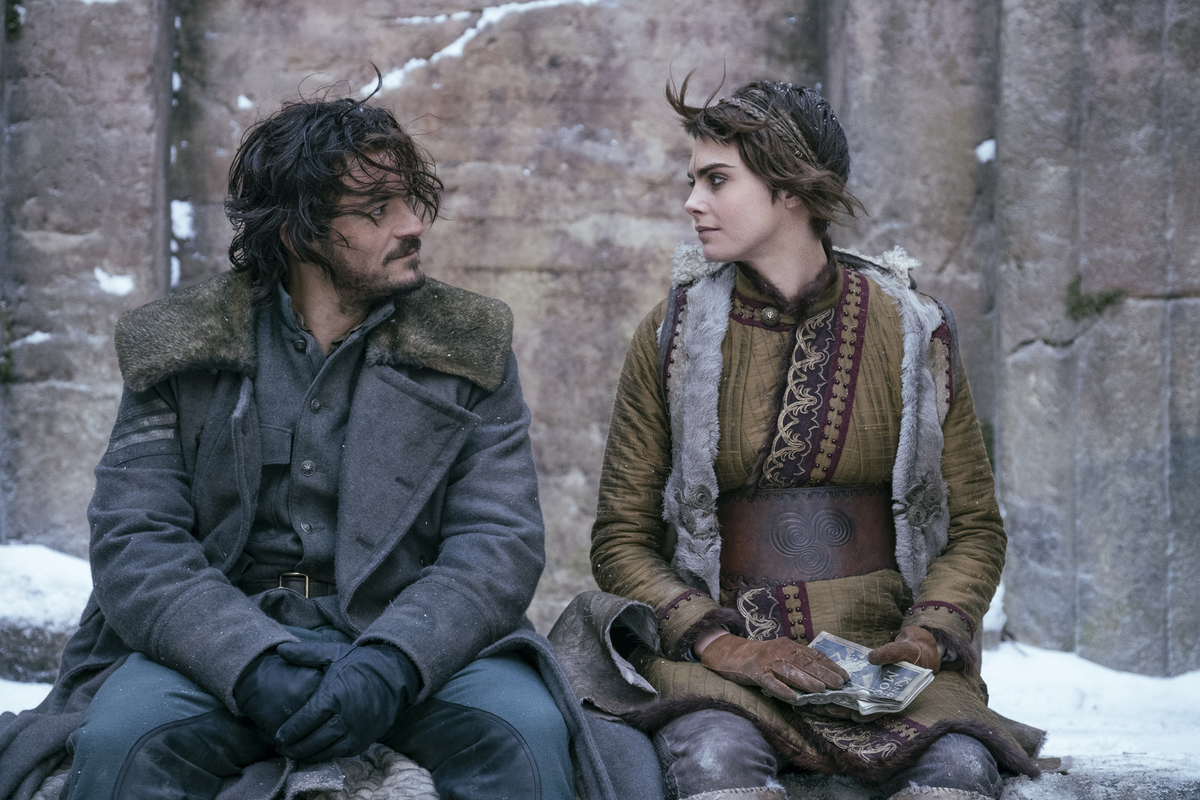 Game of Thrones left a huge vacuum when it ended in mid-May, with every studio under the sun trying to come up with the next Game of Thrones. HBO has at least one in the works, His Dark Materials, although it’s Netflix’s The Witcher that may be the most anticipated Thrones replacement of the year. That’s only because Amazon’s massive TV series based on The Lord of the Rings hasn’t even started filming and won’t be ready for quite some time.

Until The Witcher drops, there’s one more Game of Thrones alternative you should be aware of — a fantasy, action-packed drama called Carnival Row. It might look like it’s trying too hard to be the next Thrones if you only watch the trailers. That doesn’t mean, however, that Carnival Row isn’t an enjoyable show, or that it has to be the next Game of Thrones to succeed. All I know is that, after going through half of the first season, I can’t wait to see how it ends, and whether it warrants any attention after that. And the more I watch it, I realize I’m just too biased, and it’s not necessarily fair to compare Travis Beacham’s story to HBO’s biggest hit or any of these other Thrones alternatives.

The eight-part series is a marvel to behold, especially when it comes to the world that Beacham and Amazon have created. It presents a London-esque Victorian landscape that dominates most episodes, although the action takes place in a fantasy universe. This version of 19th century London is called The Burgue.

Add to that layer of gray dirt and smoke that scream industrial revolution a massive world-wide conflict between men, and you have the perfect setting for this story. This might be a world recovering from a seven-year strife between men, but the creatures that suffer most are of the fantasy variety: Faeries, fauns, werewolves, centaurs, and all sorts of other beings that you’d expect to see in a Tolkien story, and which seem unnatural to regular humans.

The relationships between humans and these ostracized races dominate the Burguish landscape. There’s love and hate, there’s racism, and there’s acceptance. Unsurprisingly, however, it’s more of the hatred and bigotry that the pix and pucks get at the end of the day while struggling to survive in a land dominated by men. We have crime syndicates, 19th-century politics, and people fighting for power, money, and better social standing. And, of course, we have some sort of dark forces at play, killing humans and critch alike.

Bringing it all to life is a cast of incredibly talented actors. Orlando Bloom plays former soldier turned policeman Philo. His previous love interest is Vignette Stonemoss (Cara Delevingne), a faerie who’s been mourning his purported death for seven years. There’s your love-hate relationship right there. Indira Varma, Jared Harris, Karla Crome, Simon McBurney, Tamzin Merchant, David Gyasi, Andrew Gower, and Arty Froushan give life to some of the other recurring characters of Carnival Row, all of which are critical to the complex plot.

With all that in mind, comparing Carnival Row to Game of Thrones seems like the natural thing to do at first. But you can easily see influences from other types of movies here (not that Game of Thrones served as inspiration for this particular story). There’s Jack the Ripper in there somewhere, as is Sherlock Holmes. The dark forces at play tease some sort of bigger evil lying in wait, similar to the kind of evil present in stories like the Lord of the Rings and Harry Potter sagas. And the monsters might make you think of Stranger Things.

The result is a show whose plot advances slowly towards the finale, revealing all the tiny details you need in order to realize what’s really happening. In the process, you’ll also figure out whether you want to stick with Carnival Row for the long run, or whether one season is enough.

Like I said before, the series doesn’t have to be the next Game of Thrones to win you over, but you’ll have to be patient with the first few episodes if you really want to give it a chance. In fact, if you haven’t seen any Game of Thrones, then you won’t have to deal with the bias that comes with it. But yes, if we were to compare apples to oranges, this first season of Amazon’s new fantasy can be much better than the last season of Game of Thrones.

If anything, the stunning visuals and attention to detail of the cinematography should make you keep watching. Moving a fantasy story of this magnitude from the Middle Ages setting characteristic to Lords or Thrones stories is part of what made Carnival Row interesting to me from the beginning. The question is, will the remaining three episodes in season one, and especially the finale, make me want to continue this adventure next year?