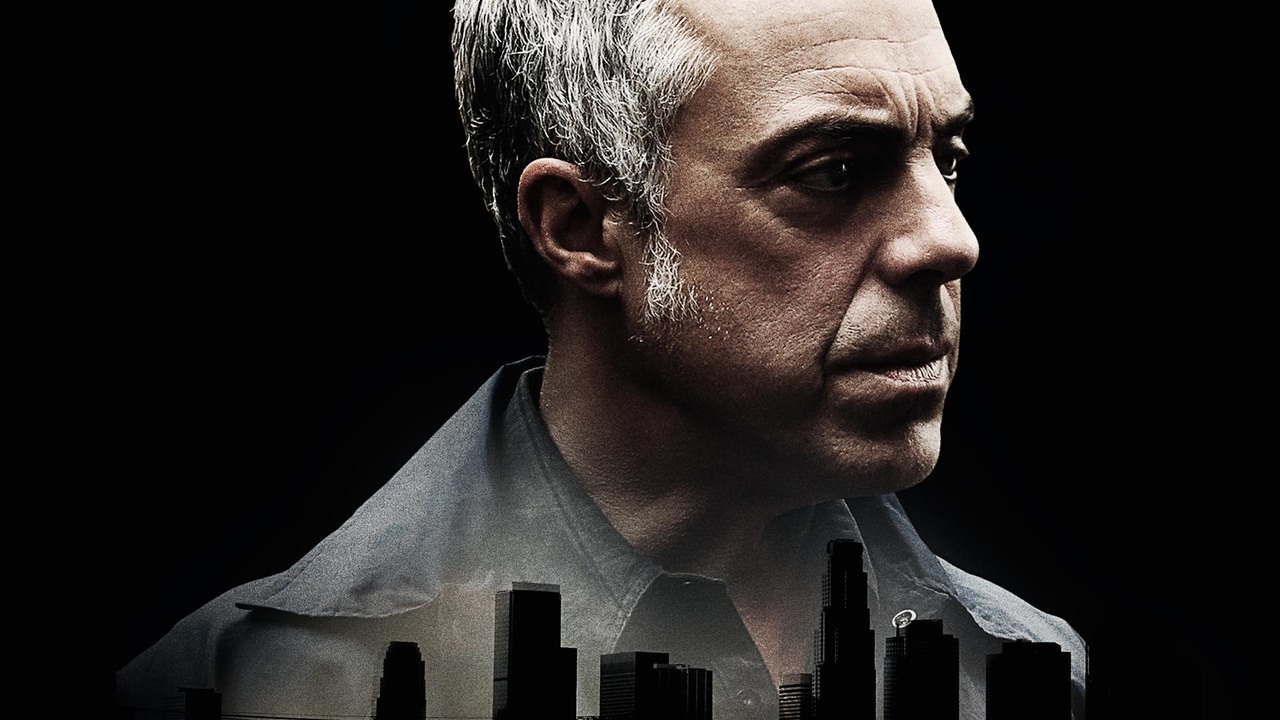 Titus Welliver has always flocked to tough guy acting roles like a moth to the flame, turning in unquestionably memorable performances that transfixed viewers in shows like Lost, via his portrayal of the mysterious smoke monster that terrorized the island.

It’s not that he necessarily seeks out one kind of specific role. Talk to enough actors, and that’s what they all tell you. That they’re looking for a certain kind of story, a certain appeal, they’ll know it when they see it. Yes, a certain kind of thing does seem to come naturally to Titus, a taciturn actor whose resting face tends to be of the stern, contemplative variety and whose baleful eyes easily convey menace and a rebel streak that he’s brought to Lost, as well as to series like The Good Wife and Sons of Anarchy.

He used his talents to build up a substantial body of work. And then he found it. He was given a script to look at for a role in a new Amazon original, Bosch. A cop drama that’s since gone on to become one of Amazon’s longest-running original dramas, with its fifth season set to premiere in just a few months’ time and a sixth on the way after that.

Speaking to us the day after shooting on season five had wrapped, Titus recalls getting a copy of his first script for the show, which is based on the book series from Michael Connelly about the hard-boiled police work of LA cop Harry Bosch. Titus wanted this role, and wanted it badly. So much so, that while shooting the pilot he stopped to chat with Connelly and practically fan-boy’d over the character that fate had handed to him.

Connelly asked Titus at one point how long he might consider this starring turn in Amazon’s then-still new series. “Without hesitation,” Titus tells BGR, “I said to him I’d play Harry Bosch as long as they have me.

“This guy has got so much nuance, he’s dark and complex and not a guy you see riding off into this sunset. The script landed on my desk, and I blew through it very quickly. My immediate reaction was I couldn’t write a better character for myself. This was a character I felt I’d been in search of my entire career. Every day I’m on the set working, it’s a constant sense of feeling like I’ve won the lottery.”

It’s certainly interesting on more than one level to check in with Bosch’s leading man at this particular moment in time, given the arms race among tech and entertainment companies all now piling into the streaming TV game. What we’re seeing is a mad scramble to, first, launch new subscription offerings and to lock up talent associated with exclusive titles. So far, there have been some spectacular misfires, with some of Amazon’s early streaming titles flaming out quickly. There have also been some buzzy, critically-acclaimed fodder for awards like Amazon’s Transparent. In the case of Bosch, though, what the company’s studio unit has got is a solid, all-around workhorse of a series that Amazon recently green-lit for a sixth season.

Making Bosch, depending on how you look at it, the longest-running original production Amazon currently offers.

Season six hasn’t started shooting yet, but the completed fifth season should air sometime starting in April or May. In a statement released last year, Amazon Studios co-head of television Albert Cheng praised Bosch as “a customer and critical favorite, and members are fans of this long-running series that delivers strong storytelling, complex characters and exceptional performances.”

These days, Titus himself will get stopped on the street now and then by cops who drive up, roll their window down and lob a quick how-the-heck-are-ya at Bosch, right there in the flesh. It’s partly the gritty, compulsively interesting storytelling from Connelly, who’s a former LA Times crime reporter. Part of the show’s longevity is also attributable to the visceral cityscapes of LA that are incorporated into the series, from the steel and glass to the slums. But in large part, the series has been going this long thanks to the performance of Titus as the title character, which he admitted can be an intimidating kind of role for an actor — bringing the character in a book series to life, when the image may not always line up to the one fans head in their head. Just look at Tom Cruise, who got mercilessly slammed for his portrayal of the title character in the movie version of the Jack Reacher book series.

All of which is to say, by and large Amazon gets a lot right with this series, which features Bosch as one of those quasi-rogue cops with good intentions who doesn’t always do things by the book. Whose life, and career, tend to frequently hang in the balance. In the case of this series, Amazon found solid material, and a non-flashy, workmanlike actor, to present it, a formula that seems to be paying off for the retail giant’s studio side. A formula that will also no doubt be important to try and replicate as much as possible, with rivals like Netflix continuing to crank out exclusive productions of their own that are equally as strong.

“I think the appeal is, this is a character very rooted in reality,” Titus says about why fans apparently love the character enough for Amazon to keep renewing the show. “He’s a very accessible guy. Like all human beings, he’s kind of flawed. He’s relentless. He’s myopic. His personal relationships are so often damaged by his inability to see what’s around him outside of the kind of tunnel vision nature of how he is when he’s working on a case.

“When fans speak to me in public or at functions, as much as they love the police work they also gravitate towards the scenes with Harry and [his daughter] Maddie. Here’s a young woman trying to get to know and navigate her dad. She’s sort of helping him to evolve, and he’s trying to show her the way of the world … I’m not very good at speaking in soundbites. It’s just — the humanity, that’s what I think draws people to this character. The fact that he’s a very real person.”