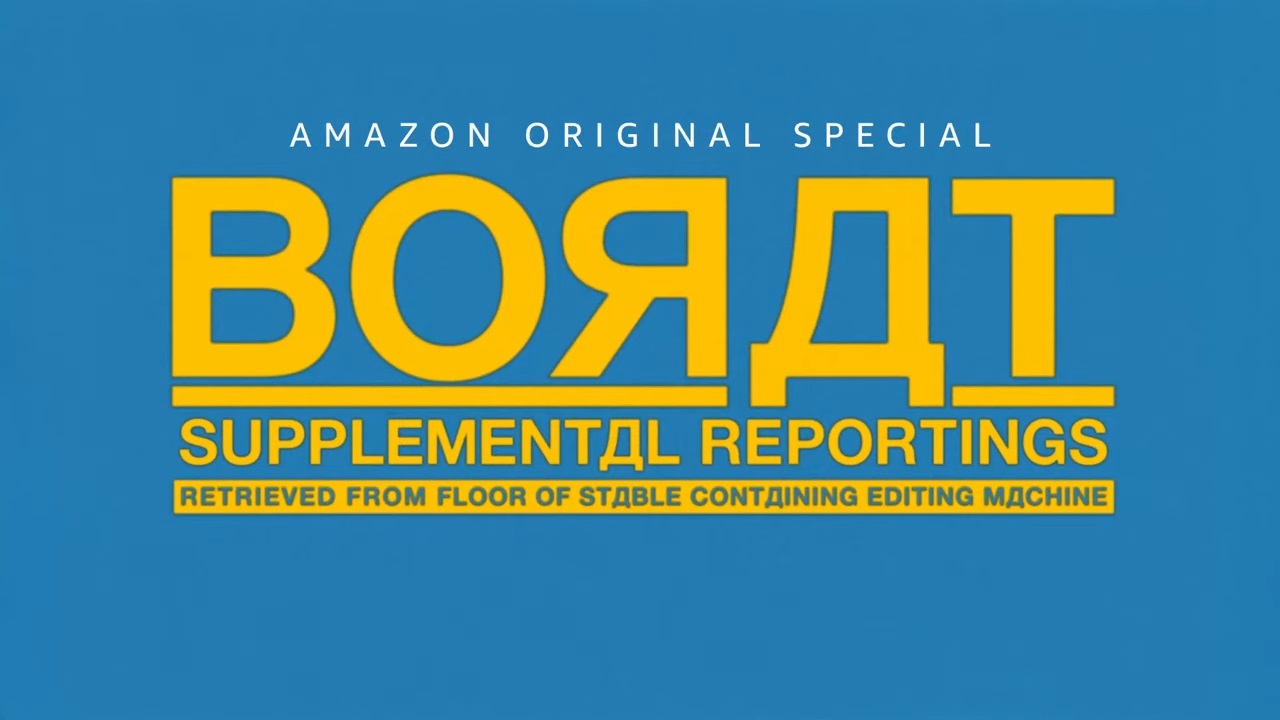 One of the few happy surprises of 2020 was the release of a sequel to 2006’s Borat on Video. Sacha Baron Cohen returned to the role to explore an America that was at once very different and very much the same as the one he visited more than a decade ago. Borat Subsequent Moviefilm: Delivery of Prodigious Bribe to American Regime for Make Benefit Once Glorious Nation of Kazakhstan, or Borat 2, certainly made an impact, racking up several prestigious accolades, including two Golden Globe wins and two Oscar nominations.

It seems unlikely that we’ll see Sacha Baron Cohen don the iconic mustache again any time soon, if ever, but we will be getting more Borat in the near future. On Thursday, Amazon released a trailer for Borat Supplemental Recordings Retrieved From Floor of Stable Containing Editing Machine, which Variety describes as a new multi-part special with behind-the-scenes footage from the sequel as well as new footage filmed after its debut.

The trailer begins with brand new footage of Cohen as Borat talking about the recent (“stolen”) US election, in which “thousands of valid votes were tragically counted.” This footage seems to suggest that while were aren’t quite getting Borat 3, we will get a glimpse of where the characters landed after the movie:

Unsurprisingly, there appears to be a ton of footage that was filmed last year that didn’t make it into the theatrical cut of the movie, and much of that is going to make its way into this special. For example, there looks to be more footage from the right wing rally where Cohen sang his racist song, the cabin with the two conspiracy theorists, the house of Tutar’s babysitter Jeanise Jones, and a salon where Tutar asks to look like R. Kelly.

The most intriguing moment of the entire trailer comes right at the end, as Cohen lays down in the back of a van, telling the driver: “Go, go, go. Go. Just keep going, because if you stop, you’re going to be in a violent situation.” Cohen and his crew seem to be escaping the same “March for Our Rights” rally, and an angry crowd can be heard shouting outside the van. You know that it’s serious because, the Borat accent has completely fallen away, and the actor appears to be genuinely panicked. Cohen has said that he put himself in very dangerous situations on multiple occasions during the filming of the movie, and this certainly looks like it might qualify as one.

Borat Supplemental Reportings is coming to Prime Video, but doesn’t have a release date yet.