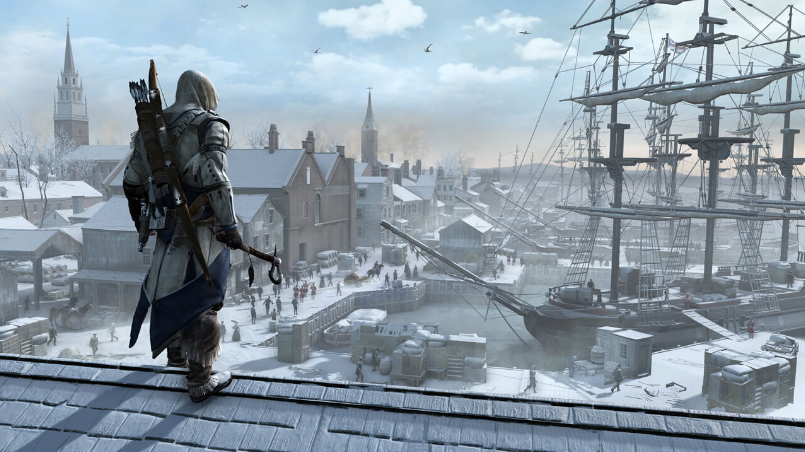 December has arrived, which means Ubisoft has one more game to give away before the year comes to an end. The French video game publisher has already given away six classic titles in 2016, from Prince of Persia: The Sands of Time to Far Cry 3: Blood Dragon. On Wednesday, Assassin’s Creed III was added to that list.

DON’T MISS: Ubisoft celebrates the holidays with 30 Days of Giveaways

While the third entry in the Assassin’s Creed franchise wasn’t as impressive a leap forward as the second, it was still well-received by gamers and the press alike. In spite of its technical issues, fans appreciated new direction of the story and the drastic shift from the Italian Renaissance to the American Revolution.

And because I’ll use any excuse to share one of Ubisoft’s fantastic cinematic trailers for the Assassin’s Creed series, here’s the trailer from E3 2012:

Before you grab your free copy of Assassin’s Creed III, you need to either log in to or create a Uplay account. It’s also worth noting that, like previous Ubisoft Club games, Assassin’s Creed III will no longer be free to download a month from now. So if you want to get it for free, sign up for an account and download today.

In addition to the free game of the month, Ubisoft is also in the middle of its 30 Days of Giveaways promotion. All you need to do to participate is log in to that account you created to get your hands on free games, wallpapers and discounts.