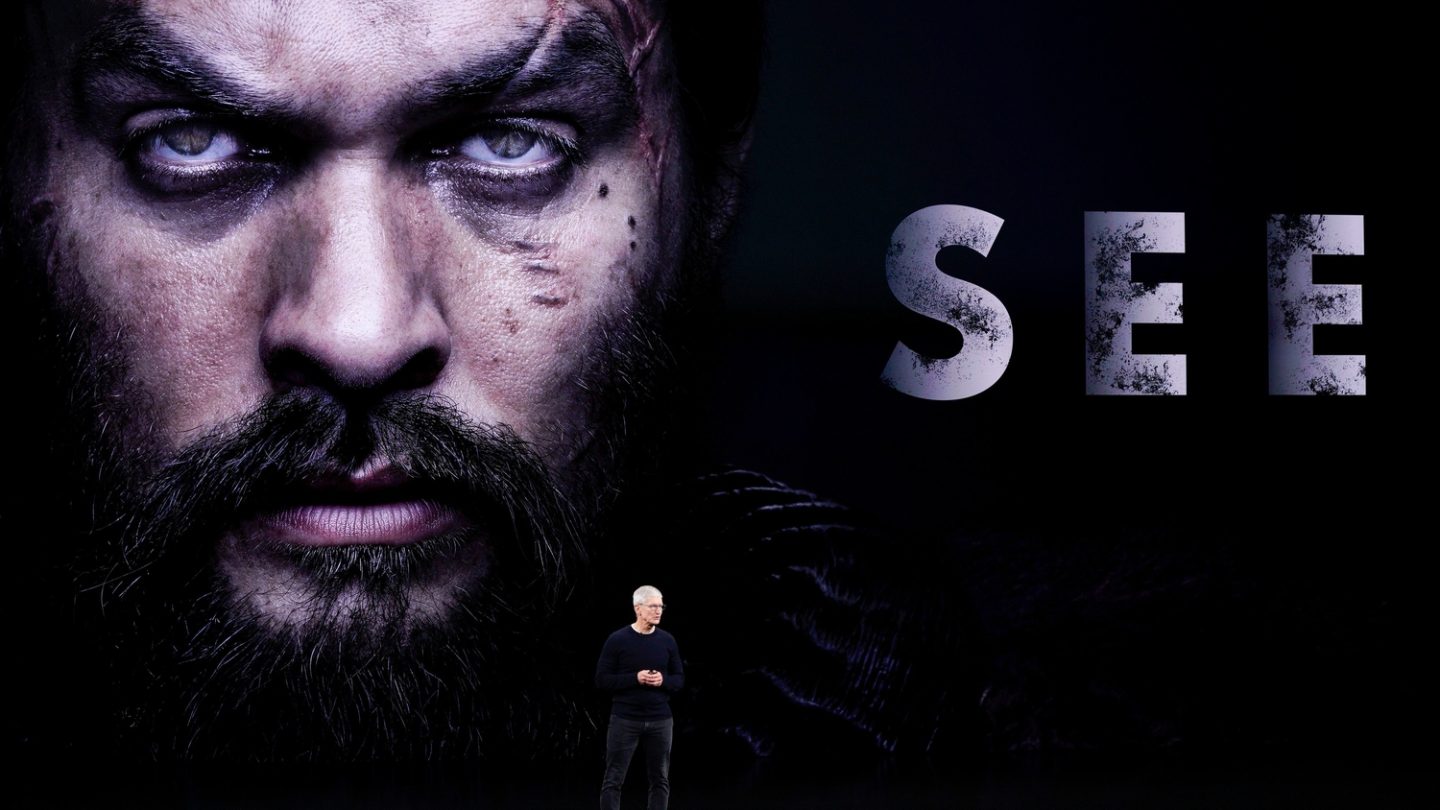 When Apple CEO Tim Cook introduced See, one of the original series coming to Apple’s new streaming platform + when it launches on Nov. 1, he described it in glowing terms to attendees of Apple’s annual fall event. He called it “one of the most imaginative, thrilling, and thought-provoking dramas ever.” One that stars Jason Momoa, takes place hundreds of years in the future after humanity has largely lost the sense of sight, and for which Apple “worked with blind and low-vision cast, crew, and consultants for authenticity.”

Momoa, meanwhile, has taken a different tack in talking up the new series. In two separate Instagram posts, he calls See both his favorite acting job and “the greatest thing I’ve ever worked on” — which would seem to put it above Game of Thrones, HBO’s hit series in which Momoa, of course, portrayed Khal Drogo.

Is it a stretch to put this on par with something like Game of Thrones? We’ll leave that for others to say, but how about this as a response — objectively, we can at least say this series was created and written by Steven Knight, who’s also the creator and writer of one of the most fantastic series on TV right now. That show is Peaky Blinders, the saga of a family set in Birmingham, England, and which follows their misadventures in various criminal enterprises as well as attempts to “go straight.” If you haven’t seen it yet, do yourself a favor and check it out right now on Netflix. It stars Cillian Murphy as Tommy Shelby, one of the most compelling, richly drawn characters on TV today.

All of which is to say, Steven Knight’s involvement in See alone makes it worth checking out. We’ll have to wait and see if Momoa’s breathless praise ultimately pans out. “Centuries from now, almost all humans have lost the ability to see,” we hear a voiceover say in the See trailer above. “Some say sight was taken from them by God to heal the Earth. For the few who remain, vision is only a myth.” As events unfold, babies are born with the ability to see again. “These children are a gift,” Momoa’s character says. “They will bring knowledge. They will begin a new world.”

As a reminder, + will cost $4.99/month and be accessible on all Apple devices and on some smart TVs. Also of note, a 1-year subscription will be included for free with the purchase of any new Apple device.