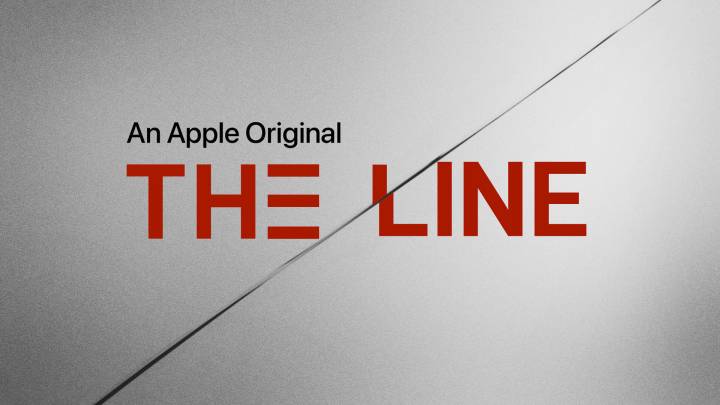 There are three kinds of people in this world, narrator Dan Taberski tells us in the opening episode of Apple’s original podcast The Line — a gripping, six-part audio series that follows the story of US Navy SEAL Eddie Gallagher, who was charged with war crimes back in 2018.

The three kinds of people are sheep, wolves, and sheepdogs. That, we’re told, is a basic philosophy of the SEALs, those elite super-soldiers we mostly know from movies and from news accounts tied to some daring feat, like the raid in 2011 during which a group of SEALs finally tracked down and killed Osama bin Laden. Or when they stand accused of doing something awful, as in the case of Gallagher. “The sheep are me, and probably you,” Taberski explains. “Regular people, just living our lives. The wolves, they’re the bad guys. Who want nothing more than to kill us sheep.” And then there are the sheepdogs. The sheepdogs also like to kill. But they like to kill wolves, in order to protect the sheep. “Sheepdogs are a little bit scary, a little bit aggro,” Taberski continues. “But they’re honorable. And necessary.” And thus begins our fascinating trip down the rabbit hole of warrior culture, in the form of a podcast that tries to understand and grapple with the implications of what it means to turn men into something even scarier than killers. Namely, the kind of warriors who never quit in service of the mission, and who never, ever stop. Even if it means stepping up to and over, well, “The Line.”

If you’re like me, you, too, might have been previously aware of the Gallagher story at least on the periphery, via news accounts from a few years ago that made the whole thing seem cut-and-dry. Navy SEAL charged with a litany of offenses? There’s apparently a video showing him stabbing a prisoner? Yep, sounds like a war crime to me. Likewise, the pop culture narratives along these lines in movies and the like have tended to feel pretty predictable. Thankfully, though, there wasn’t any cheesy “You can’t handle the truth!” pablum in this Apple original podcast — it is, in fact, much more of a tour de force of narrative storytelling, of the sort that might even leave you completely befuddled and unsure what to think at the end. That’s actually what Taberski told me in a phone conversation this week is what he loves seeing in people’s social media reactions to the podcast.

Because it means people are thinking, and that people are grappling with the complexity of the fog of war. And jettisoning silly claptrap about good guys and bad guys, right and wrong, and a clear, easily definable line that demarcates it all.

I cannot stress this enough — the podcast was strong enough that it hooked me and held my attention to the same degree as any of the strongest TV series you could point to right now, which surprised me. It also surprised me to learn that there are only around 2,500 SEALs. There are high schools with bigger student bodies than that, and with less drama, to boot.

“F–k that, I’m a f–ng lion,” a SEAL tells Taberski at one point during the podcast, in relation to that maxim about the three kinds of people in the world. “I’m hunting wolves. I’m not waiting for wolves to hunt me. And every now and then, I’ll eat a sheepdog and a lamb, if it gets in my way …”

And then he slows down, interrupts himself.

“… That’s been my mentality, and I’m trying to tone it down.”

Taberski also spends time, well in advance of squaring the focus on Gallagher and his action, by walking through how it is that soldiers become SEALs in the first place. He details the intense, grueling “hell week” program they’re put through, which is really designed to do one thing: Make as many of them as possible say, “To hell with this,” then ring the bell in the center of camp, and quit. Because contrary to what you might think, the people in charge of looking for men to become SEALs aren’t looking for necessarily the fastest, strongest, toughest, meanest, smartest … or whatever other adjective you want to pick. When you boil it down to the fundamental thing, The Line explains to listeners, the SEALs are looking for guys who just won’t quit or stop.

The podcast then takes a thought-provoking turn, one that harkens back to the title: Where is the line, in war? Where should it be? Gallagher was alleged to have murdered an ISIS prisoner. People eventually started asking, okay, wait. Isn’t that what he was sent there to do in the first place? One of the main purposes of a SEAL is to literally kill other people — so are we really saying, killing a person this way is cool, but this other way is a war crime? What differences does it make if the killing happened on or off the battlefield (these are rhetorical questions, of course, to point out the conversation this podcast tries to get you to have with yourself). This also gets into an area that one SEAL described thus in the podcast: Taberski pressed him, while acknowledging all of those points above, about whether there ought to even be a line at all, and that SEALs shouldn’t just be able to do whatever they want to do because it’s a war, right? The SEAL concedes this point, but only just. Okay, fine, there should be a line — but it should be a “curvy line.”

Suffice it to say, if this is the kind of thing that Apple has in mind for its original podcast efforts, something the iPhone maker wants to do to increasingly compete against tough podcast rivals like Spotify, then sign me up. The Line, by the way, is meant to be a semi-companion to a forthcoming four-part Apple TV+ docu-series of the same name, which will tell the same story about Gallagher but from different perspectives. Taberski told me that both projects share reporting, but they’re meant to be two standalone entities. If you watched and liked the podcast, the thinking is that you’ll also want to check out the docu-series this fall on Apple TV+, because it will add more to the story.

From Apple’s official description of the podcast version of The Line, which comes from Jigsaw Productions: “The immersive Apple TV+ original podcast employs exclusive investigative reporting, one-on one interviews with Gallagher and his wife, and extraordinary access to over 50 current and former special operators, giving listeners an inside understanding of the psychological toll on service members embroiled in ceaseless warfare, the secretive culture of the military’s most elite special operations units, and the struggle for justice in the fog of war.”

We should add that this also comes as Apple is preparing to kick its overall podcast game up to 11 starting this month. Apple is rolling out a subscription tier to its heretofore free Podcasts app, which the company’s official announcement explains will allow listeners to “sign up for premium subscriptions that include a variety of benefits curated by creators, such as ad-free listening, access to additional content, and early or exclusive access to new series. Listeners will be able to enjoy premium subscriptions from independent voices and premier studios, including Tenderfoot TV, Pushkin Industries, Radiotopia from PRX, and QCODE, to leading media and entertainment brands, including NPR, The Los Angeles Times, The Athletic, Sony Music Entertainment, and many more.”

Also connected to this effort is the start of Apple creating its own podcasts, like The Line, and also a forthcoming podcast that will tell the story of Siegfried & Roy, the extravagant German-American entertainers whose Las Vegas shows became famous for featuring magic and tigers. At this point, though, I’ll confess: The Line still hasn’t stopped resonating with me. Taberski is a fantastic interviewer, and possess the rare kind of journalistic magic that makes SEAL warriors feel comfortable enough around him to open up. And even to cry.

“I just miss them so much,” one of the SEALs tells Taberski at one point, between tears. “Yeah. I just miss ’em. They were my bros. And f–k, man. We did some f—ng amazing stuff together. That’s why I don’t want to go to the funerals. I choose to think of them as (if) they’re still here.”

The final episode of The Line will be available in the Apple Podcasts app on Tuesday, May 4.