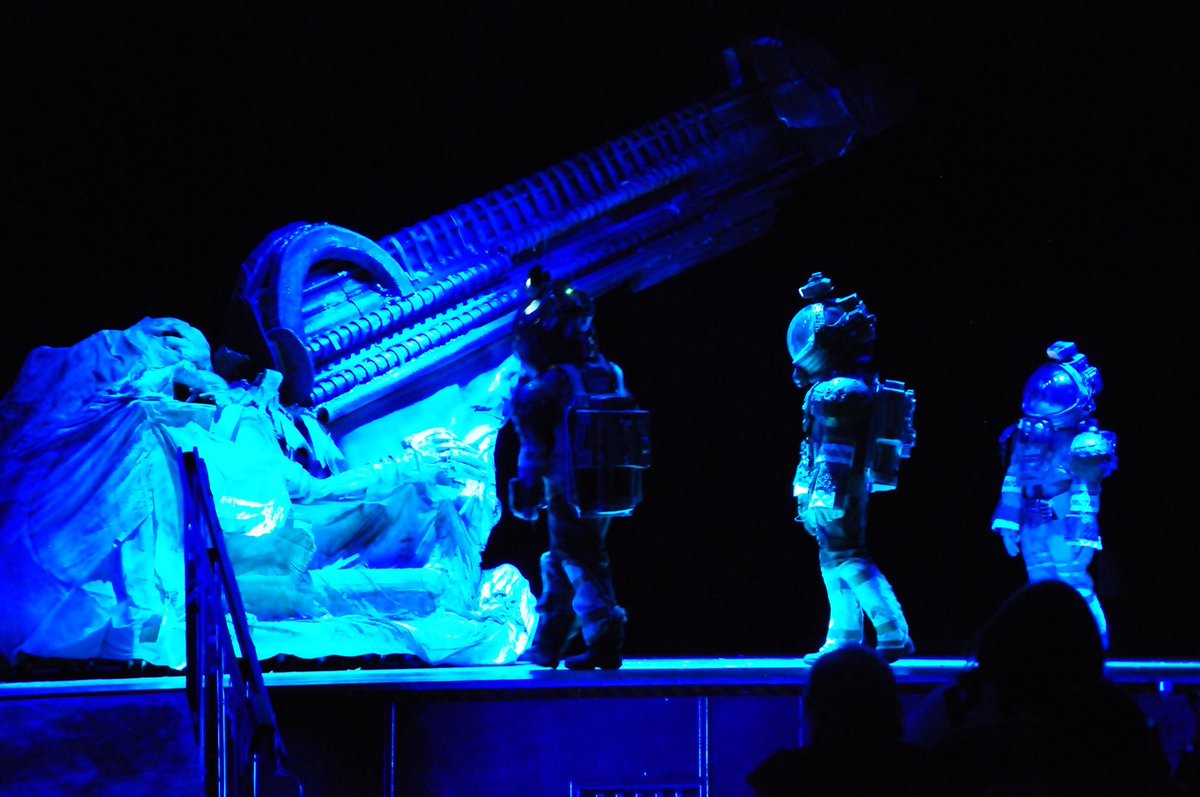 If you’ve ever been to a high school play, you know what the experience is like. They’re not big-budget productions, and they aren’t really meant to be. You have students, some of whom are probably acting for the first time in their lives, doing their best to stay faithful to a popular stage production, and it’s usually pretty entertaining.

Most high school productions play things pretty safe, but New Jersey’s North Bergen High School threw caution to the wind in an attempt to adapt the 1979 sci-fi classic Alien for the stage. The challenges of taking a Hollywood film and turning it into a stage play are many, but to say that the students pulled it off would be a massive understatement.

Short clips and photos from the play have spread like wildfire on Twitter and elsewhere, and with good reason. As you can see, the production quality is absolutely off the charts:

I love that north bergen high school did alien last night as their school play, so I’m gonna keep tweeting about how great it is..everything was made from recycled materials .. so nuts amazing I’m so proud of my hometown pic.twitter.com/EEMEbankDz

You’ve got all the main characters dressed in costumes that follow the film very closely, and many of the film’s most iconic props to give the whole thing an appropriately eerie atmosphere. One of the more incredible additions is the towering “space jockey,” which ties the original Alien film into the lore of Prometheus and the other prequels.

The whole show is just so incredibly cool, and it got so many people talking on Twitter that the official account of the Alien franchise even took some time to give it the thumbs up.

We are impressed! 40 years and still going strong… https://t.co/NJGJIZj2oq

As awesome as this is, it’s important to note that this is a completely unlicensed use of the Alien property. Because of that, it’s unlikely that a video of the play — which may or may not be in the process of being edited for eventual release, per Twitter chatter — will last long on video sharing sites like YouTube.

The internet clearly wants more, but unfortunately for us the Alien franchise is currently held by Disney, and isn’t exactly known for being lenient with copyright enforcement. In any case, the students totally nailed their production and it’s awesome to see a classic piece of science fiction continuing to thrive.