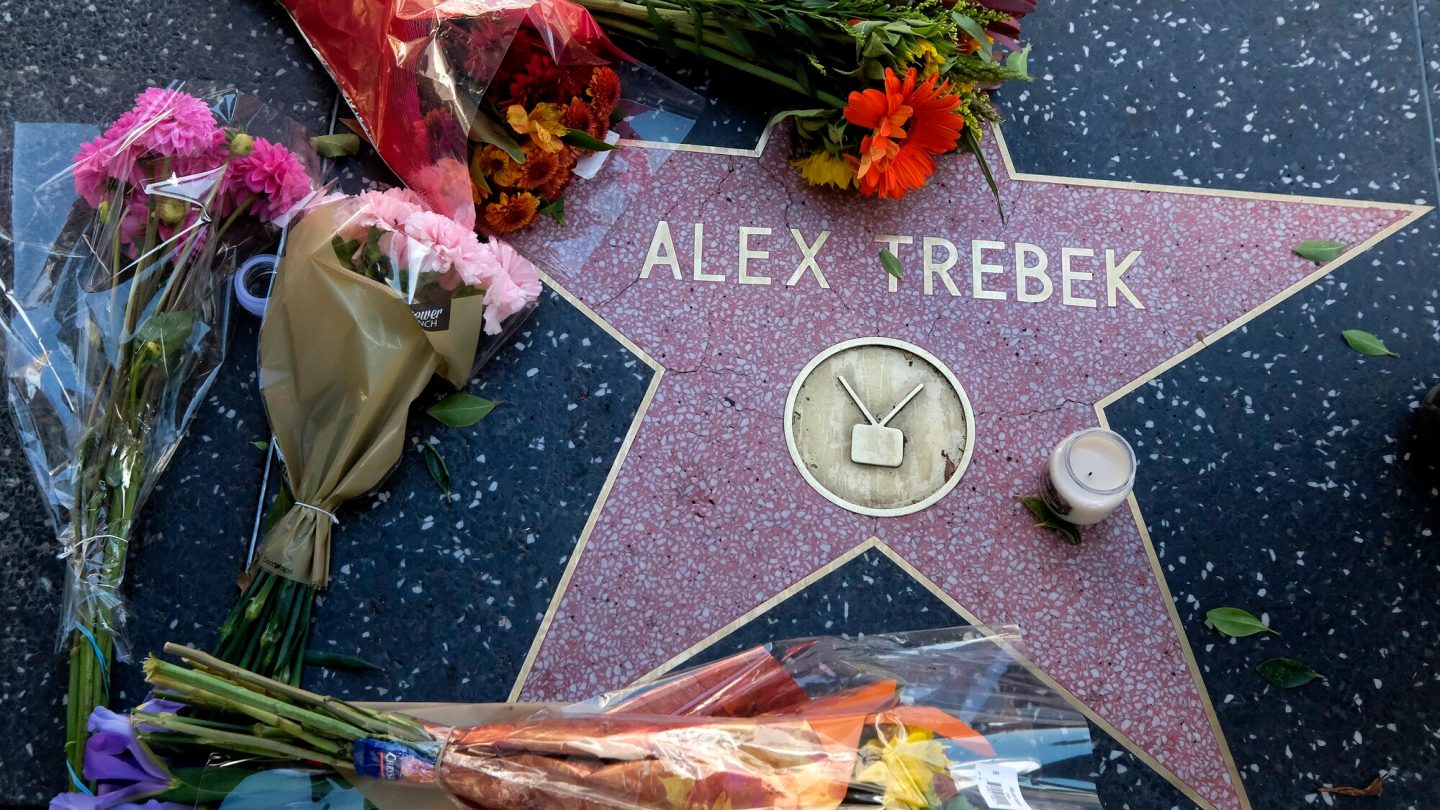 As far as celebrities are concerned, you’d be hard-pressed to find someone as universally beloved as Alex Trebek. During his 36-year stint as the host of Jeopardy, Trebek became a familiar face to millions of Americans across generations. Jeopardy over time became something of a cultural institution and Trebek was the face of it.

Trebek sadly passed away on November 8 at the age of 80 after a very public battle with pancreatic cancer. Trebek — who looked impressively young for his age — managed to pre-record a farewell message to fans on an episode that aired during the week of Thanksgiving. The message urged people to be kind while emphasizing that we’ll be able to get through the coronavirus pandemic.

“Happy Thanksgiving, ladies and gentlemen,” Trebek said. “You know, in spite of what America and the rest of the world is experiencing right now, there are many reasons to be thankful.”

“There are more and more people extending helpful hands to do a kindness to their neighbors, and that’s a good thing,” Trebek added. “Keep the faith. We’re gonna get through all of this, and we will be a better society because of it.”

While legendary contest Ken Jennings — largely considered to be the best player in the show’s history — will become a temporary guest host early next year, there are still some new episodes featuring Trebek that have yet to air. According to reports, the final week of new Jeopardy episodes featuring Trebek will air during the week of January 4. Following that, episodes with Jennings as the host will commence.

Before that, however, 10 of Trebek’s best episodes are slated to air starting on Monday, December 21.

Instead, a series of 10 throwback episodes highlighting “some of the best categories [Trebek has] presented around the world” will air over the weeks of Dec. 21 and Dec. 28 leading into his final episodes in the new year. Producers tease that those episodes are a “special trip around the world with Alex” that will “take viewers from Machu Picchu to Japan and beyond.”

One thing is for sure: Even with Trebek gone, Jeopardy isn’t going anywhere.

“Alex believed in the importance of Jeopardy! and always said that he wanted the show to go on after him,” Executive Producer Mike Richards said in a statement recently. “We will honor Alex’s legacy by continuing to produce the game he loved with smart contestants and challenging clues. By bringing in familiar guest hosts for the foreseeable future, our goal is to create a sense of community and continuity for our viewers.”