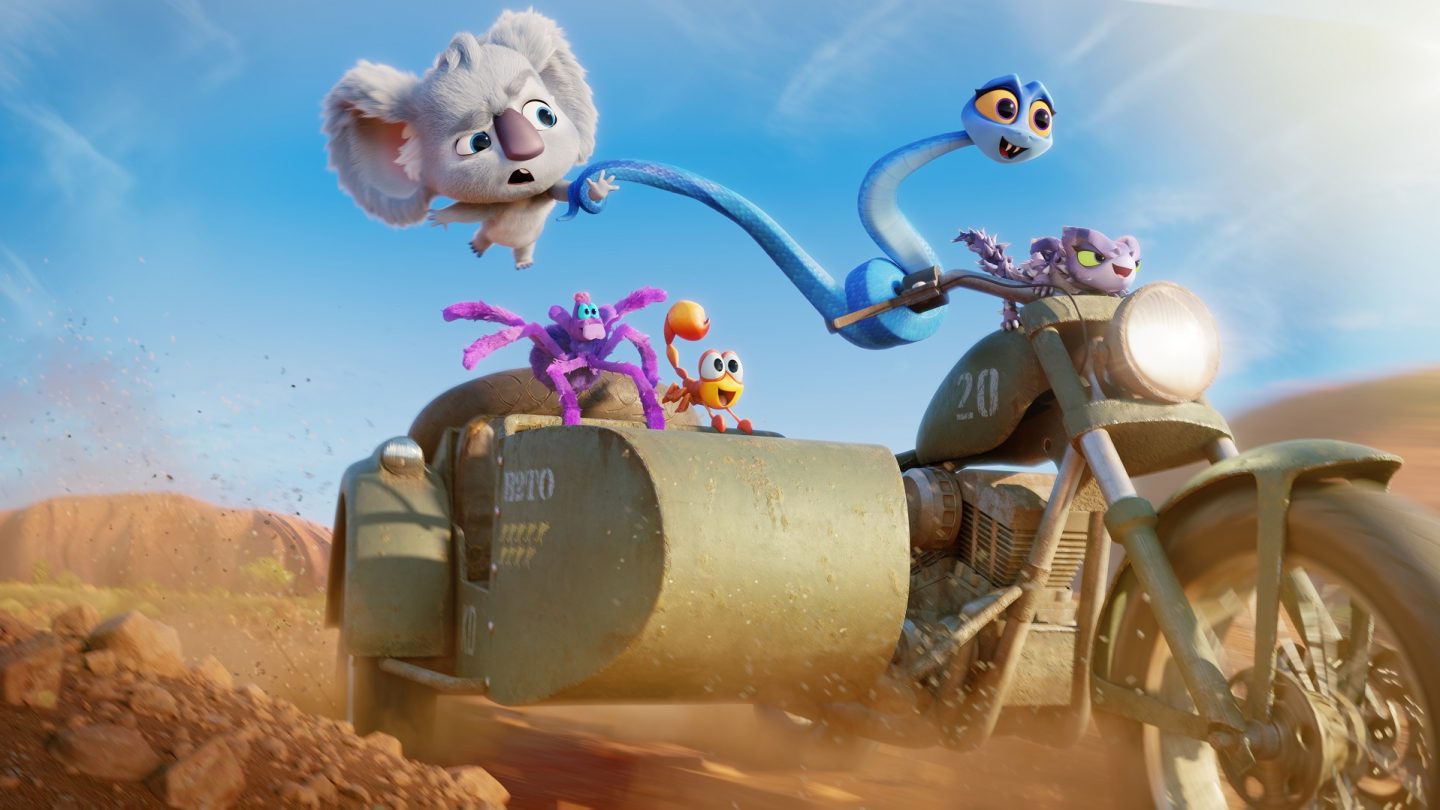 Netflix has been on quite a run with its original animated content lately. The Mitchells vs. the Machines was definitely one of the best animated movies of 2021, streaming or not. Meanwhile, Netflix’s Arcane took animation to an entirely new level while telling one of the most compelling fantasy stories of the year. But even with all of the hype surrounding most of Netflix’s original movies and shows, some still manage to slip through the cracks. That may have been the fate of the new animated adventure Back to the Outback, but seemingly out of the blue, it has shot to the top of the charts on Netflix.

Back to the Outback is now on Netflix

Back to the Outback appears to be the first movie that co-directors Clare Knight and Harry Cripps have ever directed. It has a stacked cast that features Isla Fisher, Eric Bana, Guy Pearce, Tim Minchin, Keith Urban, and Kylie Minogue. Here’s the synopsis that Netflix provided:

Tired of being locked in a reptile house where humans gawk at them like they’re monsters, a ragtag group of Australia’s deadliest creatures plot a daring escape from their zoo to the Outback, a place where they’ll fit in without being judged for their scales and fangs. Leading the group is Maddie (Isla Fisher), a poisonous snake with a heart of gold, who bands together with a self-assured Thorny Devil lizard Zoe (Miranda Tapsell), a lovelorn hairy spider Frank (Guy Pearce), and a sensitive scorpion Nigel (Angus Imrie). But when their nemesis — Pretty Boy (Tim Minchin), a cute but obnoxious koala — unexpectedly joins their escape, Maddie and the gang have no choice but to take him with them. So begins a hair-raising and hilarious road trip across Australia, as they are pursued by a zookeeper Chaz (Eric Bana) and his adventure-seeking mini-me (Diesel La Torraca).

How popular is this movie?

Netflix recently updated its top 10 hub to include the week of December 6th. Coming in third place with 16,170,000 hours viewed was Back to the Outback. That makes it more popular than other recent Netflix originals, including The Power of the Dog and Bruised. The only movies that topped Back to the Outback on Netflix were The Unforgivable and Red Notice. That’s quite a feat.

As of December 15th, the movie is still perched in the top three on Netflix. And based on the reviews, it’s easy to see why. Back to the Outback currently has an 87% rating on Rotten Tomatoes. Despite the fact that its release flew under the radar, the critics who saw it really seemed to like it.

If you’re looking for other recent animated movies to watch, two come to mind. The first is one that we mentioned earlier: The Mitchells vs. the Machines. It was produced by the studio that made Spider-Man: Into the Spider-Verse, and it’s just as visually spectacular. It’s also very touching and hysterically funny. Netflix also released Vivo this year, which stars Lin-Manuel Miranda and Zoe Saldana. You will not go wrong with either of these 2021 animated originals from Netflix.