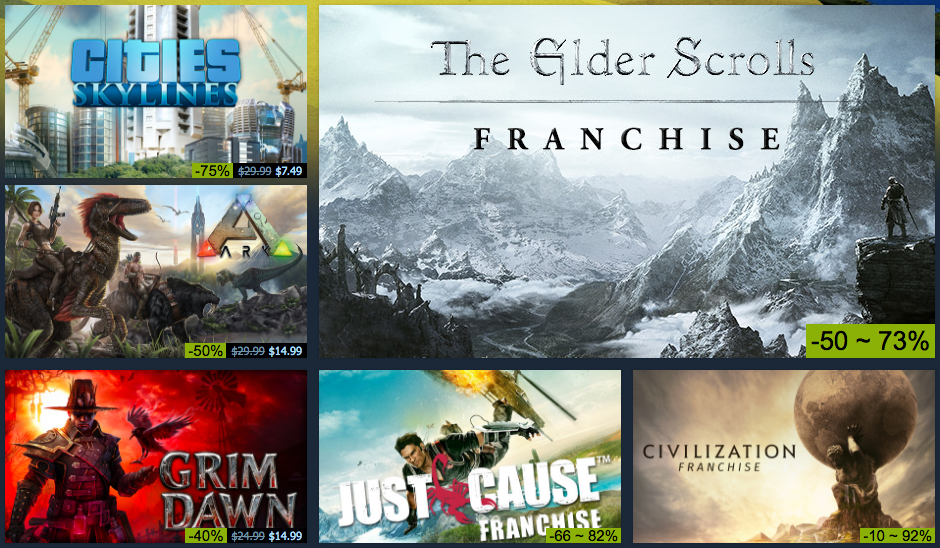 With just hours to go until Thanksgiving Day, Steam has finally kicked off its annual Autumn Sale. From now until November 29th, over 12,000 games will be on sale, with some major franchises and 2016 blockbusters receiving steep discounts.

Here are a few of the franchise deals being highlighted by Steam today:

There are also dozens of huge games that came out either this year or last year on sale for as cheap as we’ve seen them since they launched. You’ll have to check out Steam for the full selection, but here are some standouts we found:

Again, there are 12,000 games currently on sale on Steam, so these are just a fraction of a fraction of everything on offer. But if 12,000 games still isn’t enough for you, Sony, Microsoft, Nintendo and GOG.com are all running sales of their own. If you’re a gamer looking for a cheap fix, you’ve got plenty of options this week.