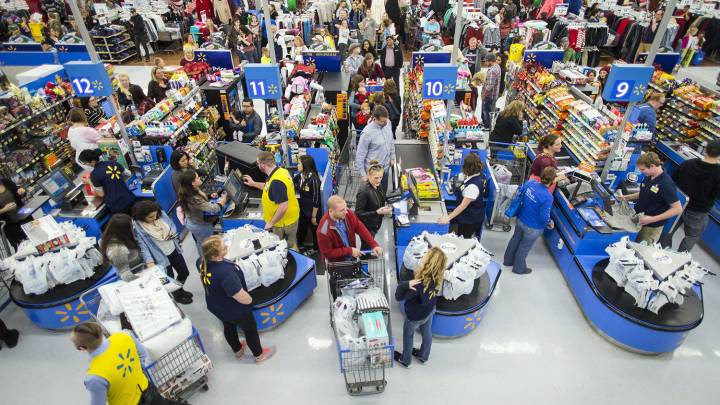 Long story short, there are a number of fantastic early Black Friday sales that are live right now and there’s a good chance you can get your Black Friday shopping done long before Friday actually arrives.

Amazon is hosting a monster Black Friday Deals Week sale. Best Buy’s Black Friday Early Access sale is going strong. Walmart has a killer list of more than 2,000 deals waiting for you in its early Black Friday sales event. Those are definitely the three hottest sales happening right now, but that’s just the tip of the iceberg.

In this post, we’re going to point you to the best online Black Friday sales that are live right now. This way, you can get your shopping done early from the comfort of your own home. Or your own office. Don’t worry, we won’t tell your boss.

Are you nervous that prices might drop even further on Thanksgiving Day or Black Friday? Don’t be, because most top retailers have policies in place that will refund you the difference if something goes on sale at a lower price soon after you buy it. As I mentioned earlier, I recently bought a SmartThings Hub on Amazon for $83 so I could test the Konnected Alarm. It dropped to $49 the next week so I contacted Amazon, and they issued me a $34 refund.

Regardless of what you’re looking for, you’re going to find it among the sales listed below. Want a new TV? You’ll find the lowest prices ever on the 55-inch LG B7A OLED TV, 65-inch LG B7A OLED TV, Hisense H9D Plus OLED TV, Samsung MU8000, Sony X900E, and more. How about a new Kindle? Lowest price ever. Wireless earbuds that sound better than AirPods? Grab these for under $24 using coupon code QN6ZHL53. Philips Hue smart LED bulbs? The Starter Kit everyone loves is on sale at its lowest price ever, too. You get the idea.

Check out all the top sales below.

Also of note: order a Nintendo Switch right now on Amazon and it’ll be Prime shipped to your door long before the holidays arrive. Trust us, you’ll be someone’s hero if you hand him or her a new Switch.

Amazon’s “Black Friday Deals Week” sale is being updated every day with new deals and new Lightning deals, so bookmark this page and check back frequently.

Walmart finally ended its “Holiday Specials” sale earlier this week and kicked off its big “Pre-Black Friday” sale on Monday. There are more than 2,000 discounts in Walmart’s big sale, and there’s also a new “Samsung Savings Event” that adds even more deals on Samsung TVs, sound bars, mobile devices and more. Other highlights from Walmart include a 55-inch Vizio 4K TV for $398, an Xbox One S bundled with two games for $249, a 55-inch Samsung 4K TV for under $500, a popular ASUS Zenbook for $479, and plenty more. The Nintendo Switch is also in stock right now, but only bundles.

Best Buy’s early Black Friday is now a full-fledged Black Friday sale, and it’s open to anyone and everyone right now. Highlights include a huge sale on Apple devices, $300 off one of Samsung’s most popular 55-inch 4K TVs, a big $700 discount on one of Samsung’s most popular 75-inch 4K TVs, the lowest price ever on the Philips Hue Color Starter Kit, up to $120 off Apple Watch Series 2 models, $180 off the Logitech Harmony Ultimate remote, big discounts on tons of home theater gear, and much more.

The big three above are definitely the biggest Black Friday sales happening right now, but there’s plenty more out there to enjoy. Here are some links to some more of the best Black Friday 2017 sales that are live right now: