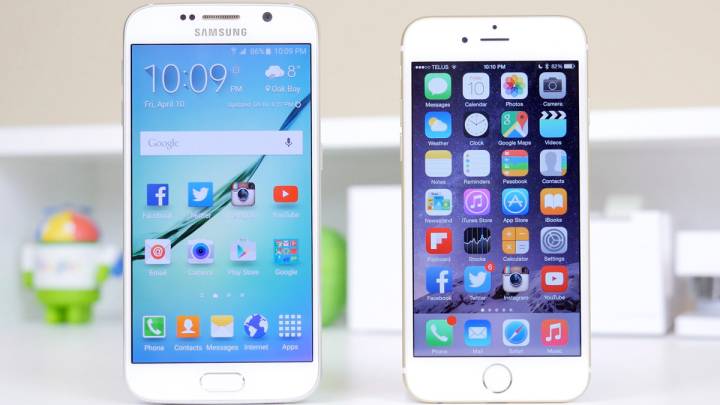 Samsung posted earnings in line with expectations early Thursday morning, noting a sharp slowdown in growth that the company believes will continue through 2016. Samsung said on Thursday that it earned a fourth-quarter operating profit of 6.14 trillion Korean won, or approximately $4.4 billion. The figure marks a healthy 16% gain, however Samsung said net profit tumbled 40% to 3.2 trillion Korean won, or $2.7 billion, due to nonoperating expenses.

The sharp slide comes in the same quarter that Samsung’s chief rival Apple posted a net profit that inched up to $18.4 billion, besting its own prior record and marking the most profitable three-quarter period any company has ever reported.

MUST SEE: Apple and the Terrible, Horrible, No Good, Very Bad, Record-Breaking Quarter

Samsung said that while its December-quarter revenue came in at 53.32 trillion won, or $50.8 billion, it saw increased pressure in both its mobile and semiconductor businesses, which represent its two biggest businesses by a wide margin. Those struggles are unfortunately expected to continue into 2016.

“As for the outlook for 2016, Samsung expects single-digit percentage growth in both the smartphone and tablet categories amid softening demand and intensifying competition,” Samsung said in a statement alongside its earnings release. “Despite this challenging environment, the company will focus on increasing smartphone shipments and maintaining a double-digit margin through releases of competitive devices and an optimized product portfolio.”

Meanwhile, Samsung’s top competitor Apple also said that growth in its iPhone business would slow substantially in 2016. The tough year for smartphone makers is believed by some to mark the start of a slide in the global smartphone business, while others believe that Apple still has a big opportunity with its new iPhone 7 lineup expected to debut this coming September.

Samsung’s next-generation flagship smartphones are expected to launch much sooner. The new Galaxy S7 and Galaxy S7 edge are both rumored to be unveiled next month ahead of release in early March.