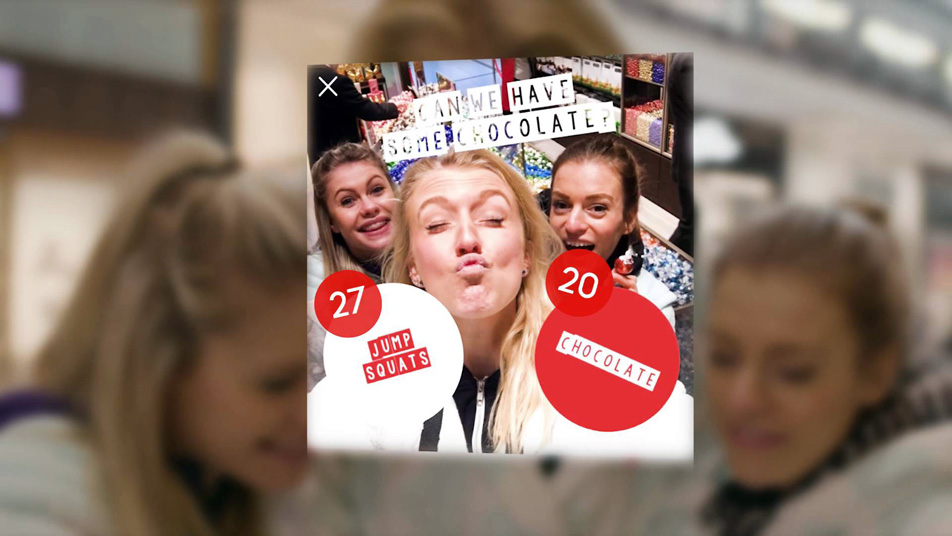 Time was, companies big and small were scrambling to launch new social networks. Back when people still talked with a straight face about dislodging Facebook from its spot atop the social food chain, and as a result we got everything from Ello to Google+ that promised us better experiences — better, of course, in comparison to a certain familiar blue app.

Never mind how that did or didn’t work out. The mad dash, these days, is for a much narrower prize. From Facebook to Snapchat to much smaller and lesser known entrants, the latest social gold rush is the battle to own user messaging. “Messaging apps are now bigger than social networks,” announced a Business Insider headline from earlier this summer. That’s the backdrop against which Apple is reportedly going to give social another go via a social app focused around the camera which it may have in the works.

And it’s why Yubl, a startup from the UK which launched earlier this year, is racing to add new features to its messaging app of the same name — and to bring it to a growing number of countries, including the U.S. in 2017.

The app’s interface and the way you use it make it seem almost like the product of Snapchat, Instagram and iMessage having a baby. When you open the app, you get basically a blank space for you to put whatever you want to on it. So no text box or camera screen a la Snapchat or “what are you doing?” prompt.

According to the company, every Yubl starts with a blank ‘canvas’ on which users can layer text, stickers, video, photos and Yubl ‘buttons’ – all of which can be moved, rotated and scaled. They can then be sent out as group chats or shared with followers.

Yubls also activate across screens such that everyone in a chat gets the same view at the same time and sees interactions as they happen or animated stickers as they move. It’s a free app, currently available on iOS and Android, and according to the company since its launch earlier this year it’s picked up 200,000 monthly users and garnered 500,000 downloads.

The company is planning to take the product into the rest of Europe by the end of this year, and into the U.S. and Latin America in early 2017.

“There hasn’t been anything radically new in the social networking space for some time, and there exists clear dissatisfaction with traditional social networking platforms amongst 18 to 24 year olds,” Evans tells BGR. “This will result in this age group moving further away from the likes of Facebook – and other platforms that their parents and even grandparents are active on – and seeking other means of communicating and connecting with their peers in one space, rather than many.

“Many of the existing popular social apps are technically simple and give the user little room for creativity. Although utility is a huge driver for usage, little has been done to dramatically shift the tools and experiences available to the user to express themselves. Even more recent apps although more creative have not significantly evolved the user’s tools, whilst those that do tend to be more specialized and siloed.”

Many social products, Evans continued, start off small and targeted. As they grow and add on new use cases, “they struggle to keep the experience consistent and easy to use.”

It remains to be seen how high the ceiling is for Yubl’s growth. The old rule about network effects still applies – this will only be useful to the extent lots of people you know use it, otherwise you’re talking to yourself and maybe a few other people.

You can see why a company like Yubl, though, would want to at least have a try. Consider these stats reported recently by The Economist: More than 2.5 billion people have at least one messaging app installed on their device, a figure that grows to 3.6 billion (about half of the world’s population) in just a few years.

Facebook Messenger and the Facebook-owned messaging service WhatsApp account for nearly 1 billion monthly users each. And “many teenagers,” according to The Economist, “now spend more time on smartphones sending instant messages than perusing social networks.”

That might sound daunting for a messaging team that’s not Facebook. But, to be fair, people may have room for more than one messaging app in their lives. Maybe you want a more private corner for you and certain friends. Maybe you just keep a Facebook account for work purposes, because you have to. Plenty of people pay for competing services like HBO, Amazon and Netflix or some combination of the three – and the same thing, in a way, could happen here.

“The opportunity exists to create a new environment that is both highly integrated into a user’s social group space yet is also dramatically more fun and expressive than existing offerings,” Evans said. “The opportunity in the social messaging space is to capture the migration of users to more platform-based tools which will grow and develop based on user needs and behavior, rather than continue to reactively and incrementally build products without overall vision.”