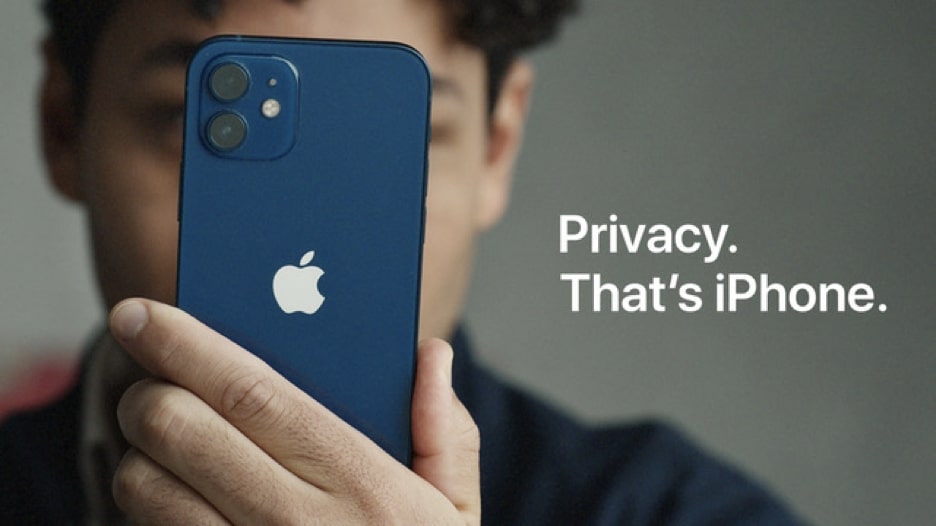 One day before Apple CEO Tim Cook takes the stand on Friday in the high-stakes court fight between the iPhone maker and Epic Games over the former’s increasingly controversial App Store commissions, Apple released a new ad as part of its “Privacy. That’s iPhone” ad campaign. In this particular spot, which you can check out below, we follow a guy going about his daily routine, and in each “scene” he’s using a common app that facilitates everything from a coffee shop order to hailing a taxi ride. As the ad progresses, more and more people end up squeezing in beside and around him, creeping on him, and spying on what he’s doing, until, one by one, he uses Apple’s App Tracking Transparency feature to erase all of them from existence, Thanos finger-snap style.

Each busybody disappears against the backdrop of a post-punk soundtrack playing in the background, courtesy of English band Delta 5 — the lead singer of which belts out very apropos lyrics, like: “Can I have a taste of your ice cream? Can I lick the crumbs from your table? Can I interfere in your crisis? No, mind your own business!”

As noted, the release of this ad comes a day before Cook is expected to be sworn in Friday morning to testify as part of the federal court proceeding initiated against Apple last year by Epic Games, the maker of the popular video game Fortnite, which is alleging broadly that Apple engages in monopolistic behavior via its rules for developers like Epic.

Cook’s testimony will cap the end of week three of the trial, which also comes as executives from unrelated developers of popular iOS apps — like Spotify — have used the opportunity of the trial to pile on to Apple, rehashing what have become long-running criticisms of the iPhone maker, especially during the Cook era. Namely, that the company’s App Store rules including the commission that developers must pay are too onerous, and that Apple is supposedly borderline monopolistic for the control it exerts over what is and is not allowed to be part of the Apple product and content ecosystem.

The App Tracking Transparency feature at the heart of the newly released ad is a good example of this dynamic. If you asked Facebook, the world’s biggest social network might feel like Apple is being a bit of a bully here and is using its power and size to tilt the advantage away from Facebook. From Apple’s perspective, this ad is a kind of mission statement disguised as a commercial advertisement for the company’s biggest product — it’s as if the company is promising “your secrets are safe with us,” which is as much a benefit that Apple is selling as is all the bells and whistles that users can enjoy from iPhones, iPads and the company’s other gadgets.

The veracity of that statement notwithstanding, the message that Apple is a company you can trust on the privacy front is certainly resonating with consumers. If it wasn’t, then Goldman Sachs’s CEO, for example, wouldn’t have been able to confidently declare that Apple Card enjoyed the most successful credit card launch ever (Goldman is Apple’s financial partner powering the iPhone maker’s still relatively new credit card product). Seriously, who in their right mind would trust a Facebook-backed credit card? And this, by the way, is coming from someone who very much enjoys many of the social networking giant’s products, including things like Facebook Messenger and my Oculus Quest 2 headset.

I don’t know about you, but I’m very keen to see what Cook might have to say about App Tracking Transparency, and how widely it’s resonating with users, perhaps in his opening remarks during WWDC 2021 a little more than two weeks from now.