Why Apple’s new Tom Hanks movie ‘Greyhound’ made me furious 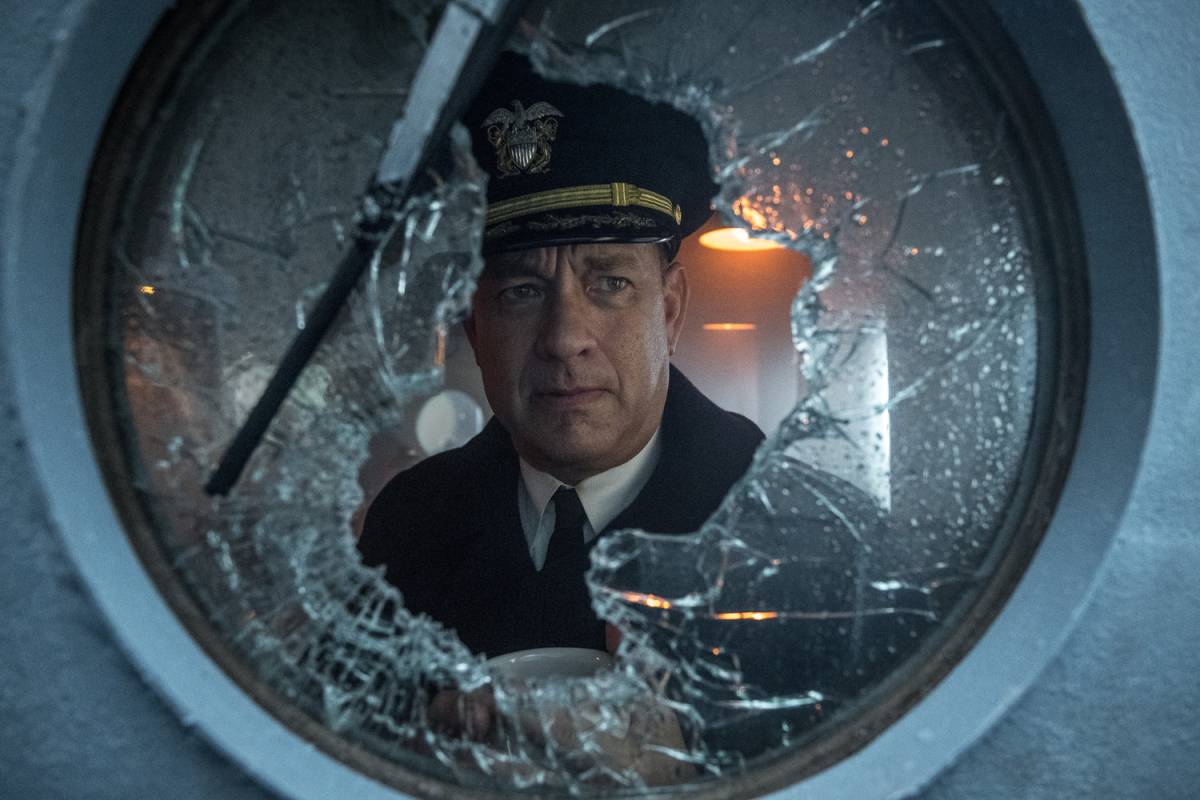 If it weren’t for the novel coronavirus, we’d be living normal lives and I would’ve gone to see Tom Hanks’s Greyhound in theaters the moment it was released. It’s not just because its a World War II movie, which is enough for me to want to see it, it’s a Tom Hanks World War II movie. The Oscar winner doesn’t just play the lead character, a Navy captain who just got his first command, but he also pens the script based on C.S. Forester’s The Good Shepherd. Add to that the fact that the movie deals with one of the most overlooked battles of the war — the fight over the Atlantic between the Allies and the deadly wolf packs of German U-boats — and you end up with an incredible premise. It’s a movie that can have plenty of action and character development while offering you a slice of one of the crucial and most devastating conflicts of the war.

But this is the year of the novel coronavirus. Movie studios have postponed their blockbusters and other films are being released online. Greyhound is in the latter category, with Apple scoring the distribution rights for the movie. It can be streamed online over on Apple TV+ at your convenience. Watching the film in a proper cinema would be a much better experience for any World War II movie, but Greyhound may be best suited for online streaming. That’s because the more you watch it, the more you’ll want to enjoy it. The problem is you won’t understand what’s happening most of the time, and you’ll miss out on just how epic the subject of Greyhound truly was.

To get the scope of the movie, you have to understand that the Battle of the Atlantic is really the most prolonged battle fought during World War II. On one side, you’ve got the Allied merchant fleet tasked with shipping critical supplies and men from the US to the UK and Russia. These supplies were essential for supporting the war effort against Germany and they would ultimately play a considerable role in the defeat of Nazi Germany.

Without this massive supply effort, neither Britain nor the Soviet Union would have been able to sustain their campaigns against the Axis. Nor would America have had any means of actually putting boots on the ground. The battle lasted from 1939 through 1945, with Germany fielding deadly submarines that would continuously disrupt the supply line. Thousands of ships were sunk despite the best efforts of the Allied Navies to defend them. Hundreds of U-boats paid the price. This is also how the Allies were fortunate enough to capture the critical Enigma machines that encrypted German communications — the cipher was later cracked, giving them access to Germany’s plans.

Greyhound is meant to capture just 48 hours of the ordeal. But at only 91 minutes long, the film is just too short to really demonstrate some of the points it’s trying to make. Yes, Hanks is an excellent fit for the role. It’s not his first World War II rodeo, and it shows. The story is really about Captain Krause and the enormous toll of the position. Without spoiling any of the scenes, he’s more than adequately prepared for the task. This may be his first command, but he knows his ship, crew, and mission inside out. He knows the sea and how the enemy operates, he’s quick to react, and he’s always in command of the fleet when contact is made. He struggles with losing men, just as he struggles with having to send enemies to their deaths. But it’s all part of the job.

While some of the supporting characters do have their moments, Greyhound gives us a look at the Battle of the Atlantic through the captain’s eyes. It’s all from his perspective, right from the bridge. And this is where the film’s most significant flaw can be found.

The audience is stuck with the captain and the crew on that bridge for most of the action, which isn’t necessarily a bad thing. My colleague Andy Meek highlighted the same point in his review of the film a couple weeks ago. That’s how we understand who Krause is and how he commands his men, and we get the urgency of his actions. For those 48 hours, the fleet lacks air cover that would be of immense help with spotting and bombing the packs of enemy submarines. The escort ships have to rely on their training and the tools they have at their disposal to detect the submarines, intercept them, and destroy as many of them as possible.

From the first contact, the audience will be on the edges of their seats. The attacks are inevitable, you have no idea which ships will be targeted first or who will win. Captain Krause is fast to adapt to the situation, issuing swift orders as he leads the Greyhound to respond to what’s happening on the battlefield. But as he shouts out his orders, and as they’re repeated and confirmed, you realize you have no idea what is happening.

How big is the Allied fleet? Where are the destroyers relative to the fleet? Where are the U-boats? How do all of them move during the battle? Which of Krause’s orders make sense immediately, and which don’t? Where is the Greyhound destroyer when the U-boats attack the rear? Do they even attack the rear of the column while simultaneously hitting the front? This is not a spoiler because I legitimately have no idea what happened.

Unless you’ve been trained to understand the orders and headings for navigating the sea, you’ll be stuck most of the time. You can choose to stop the action and read up on what those headings might be, and then read some more to figure out which parts of the ship Hanks is referring to. You can also rewind to try to grasp the position of the ships and the U-boats at the start of the battle. There are hints throughout the film that the director gives you to get the ball rolling.

But that’s not nearly enough for the regular moviegoer. Everyone on the bridge speaks the same language as Krause. Whether they agree or not with the orders, they’re not confused. They know exactly what action is needed. They know where the submarines are, where the rest of the fleet is, and they understand the danger. They’ve been trained for this. The audience hasn’t.

The script does little to translate that into visual elements to help the untrained audience. Not to mention that watching Greyhound in a theater would give you no control over playback. You would not have the luxury of pausing the film to search online for everything about naval battle that you can’t figure out.

The sparse special effects used to give us a birds-eye view of the battle don’t help. That’s especially true considering everything that’s happening is against a stormy backdrop, which makes the action even more challenging to follow.

Compare Greyhound with any World War II movie that involves any kind of battle, and you’ll quickly understand who is fighting whom, where everybody is coming from, and the tactics employed. You don’t have to be a specialist in any sort of warfare. You don’t have to know tanks for Fury to work. And it’s always perfectly clear to the audience where the danger in Saving Private Ryan comes from when there’s a fight to be fought.

By not providing the extra information about what’s going on in the Battle of the Atlantic, the makers of Greyhound rob the audience of the extra thrill that comes from fully understanding the situation. It also diminishes the potency of the climactic scenes. And no amount of Googling while you pause the film will make up for that. Add 10 more minutes of wide camera angles that address the positioning of the various ships and U-boats in play during the several battle scenes, and Greyhound could become a fantastic representation of one of the most important battles of the Second World War.