Samsung’s Galaxy S20 Ultra could be an iPhone killer, and it looks stunning in these images 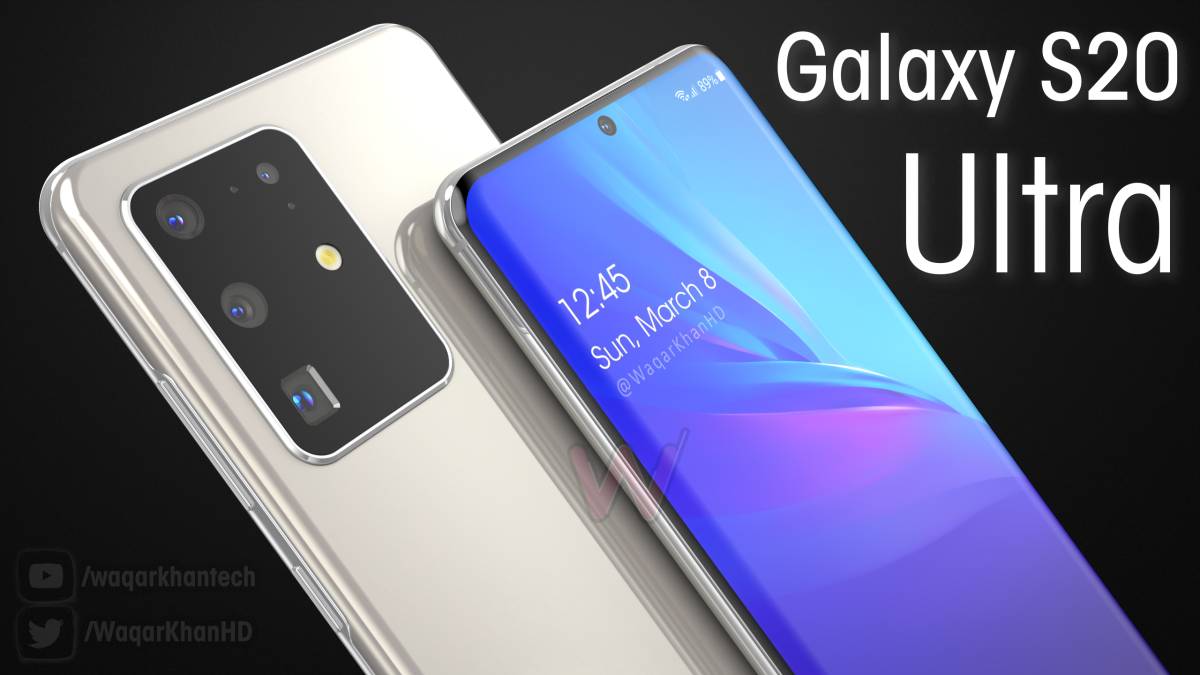 Earlier this week, leaked benchmark test results from a Geekbench 5.1 test run on the unreleased Samsung Galaxy S20+ revealed something disappointing, but not at all surprising. Samsung’s upcoming S20+ includes bleeding-edge specs such as a new Snapdragon 865 processor, 12GB of RAM, and the fastest available storage, but the upcoming new 2020 flagship still isn’t even as fast or as powerful as Apple’s iPhones from last year. And since Samsung’s new Galaxy S20+ can’t even outperform the iPhone 11 from 2019, it’s obviously going to be obliterated by the new iPhone 12 series phones that Apple releases in 2020.

It’s certainly not the end of the world and the phone should offer improved performance compared to the Galaxy S10 series. But considering Samsung’s ongoing rivalry with Apple and hardcore Android fans’ ongoing rivalry with Apple fans, Samsung would certainly like to reach a point where year-old iPhones don’t outperform its brand new Galaxy flagships. As it turns out, however, there’s another Galaxy S20 smartphone with even crazier specs that might finally approach or even surpass the iPhone.

Earlier on Tuesday morning, we told you about a big leak that likely revealed the specs for Samsung’s upcoming Galaxy S20 Ultra. After Apple switched things up in 2019 by ditching the “R” and replacing it with a phone simply called “iPhone 11,” Samsung is following the Cupertino company’s lead (for a change). The Galaxy S10e will be succeeded by the Galaxy S20, which will be the new entry-level Galaxy S phone. Then the Galaxy S20+ will be the souped-up version of that phone, and a third model will be made available with the craziest specs we’ve ever seen in a smartphone.

According to Tuesday morning’s leak, the Galaxy S20 Ultra will pack up to 16GB of RAM along with other spec upgrades and microSD support. The removable storage will be nice, but it’s the potential performance upgrade we’ve got our eye on. Could this finally be the Samsung phone that matches or even tops Apple’s iPhones from last year?

We won’t know for certain until we get our hands on one following Samsung’s launch event on February 11th in San Francisco. What we do know, however, is that the phone’s design leaked some time ago. Now, graphic designer Waqar Khan has whipped up new images based on everything we’ve seen so far. He shared those new Galaxy S20 Ultra images in a new YouTube video and in a post on a blog called Windows United, and the phone looks positively stunning. Check out the video embedded below, and you’ll find more renders of the phone in that blog post.