It was only a matter of time, but Nintendo finally announced that Super Nintendo Entertainment System (SNES) titles are coming to the Nintendo Switch Online service starting this Thursday, September 5th. Switch owners have waited for this announcement ever since Switch Online launched with a selection of NES titles, and although it took a little longer than expected, it will be a welcome addition to the paid service.

Best of all, the addition of SNES games won’t change the price of the service, and won’t require you to do anything differently. If you subscribe to Nintendo Switch Online now, or plan to in the future, you will automatically gain access to the full collection of NES and SNES games right away as of tomorrow.

Nintendo isn’t waiting around to give Switch owners access to the best that the SNES had to offer, either, as you can see in the list of the twenty games that will be available from day one below. Some of the early highlights include The Legend of Zelda: A Link to the Past, Super Mario World, Super Mario Kart, Super Metroid, and Kirby’s Dream Land 3. It’s genuinely hard to overstate how big of a win this is for the Switch: 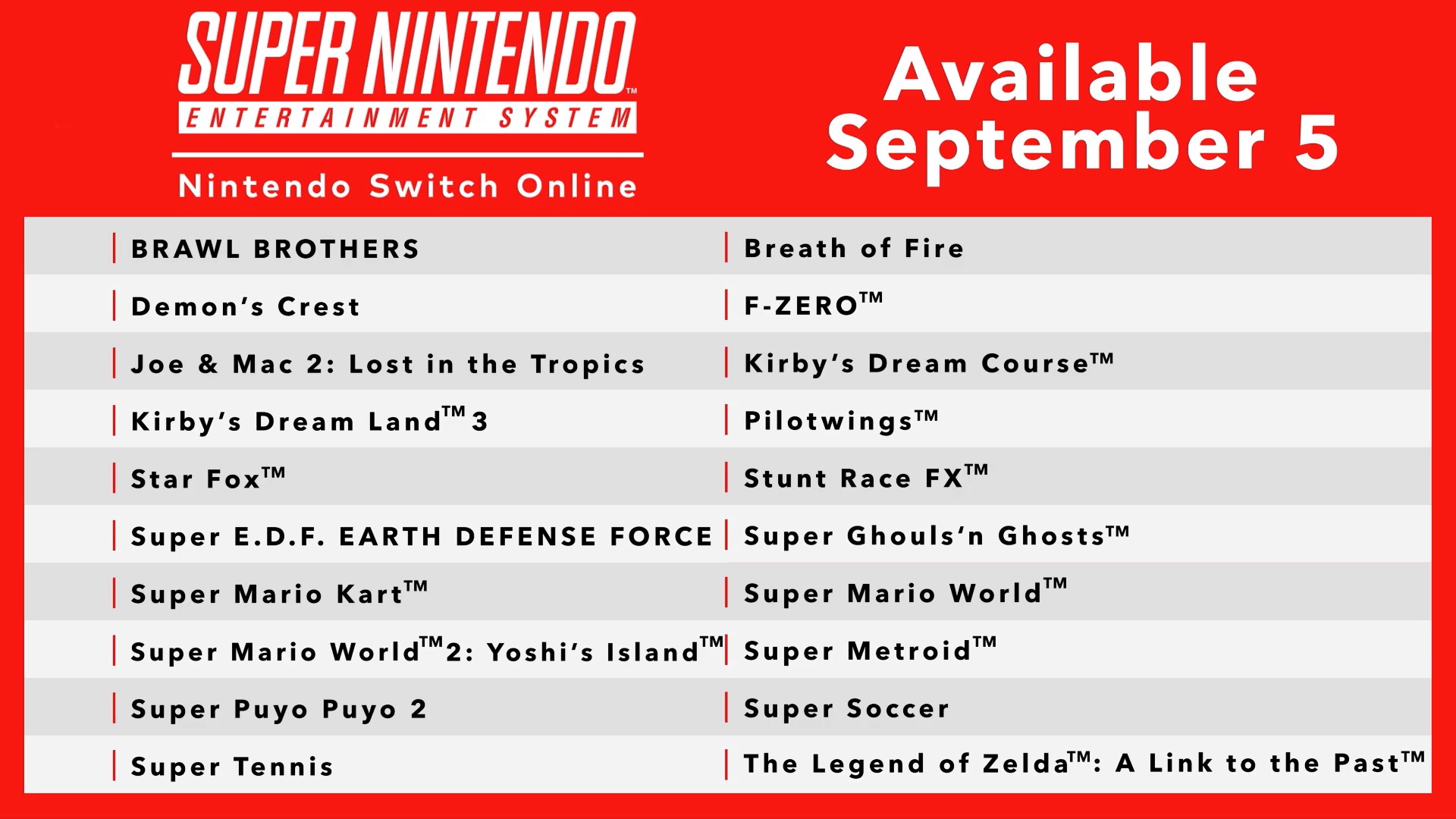