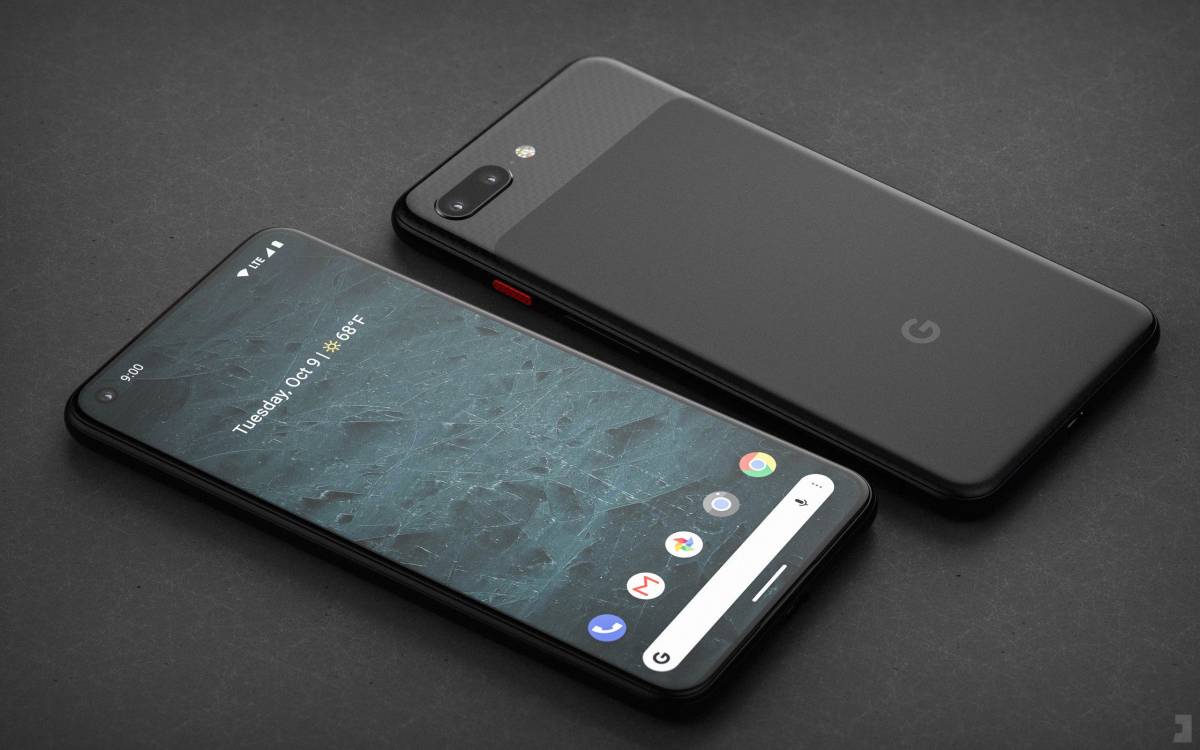 The Pixel smartphone series began its life as a shameful iPhone copycat. This shouldn’t come as much of a surprise since the original Pixel and Pixel XL phones were designed by Google in partnership with HTC. Once a market leader, HTC had already fallen quite far at that point, and it had just released its own iPhone 6 copycat in hopes of boosting sales. Google’s first-generation Pixel phones were based on the design of that iPhone 6 ripoff, which was called the HTC One A9s. The Pixel was basically an Android-powered iPhone 6, while the Pixel XL was an Android-powered iPhone 6 Plus. The only real difference in designs was the big glass panel the Pixel phones had on the back.

Google’s current-generation Pixel 3 and Pixel 3 XL aren’t quite as blatant when it comes to copying Apple. Of course, the larger Pixel 3 XL still takes inspiration from Apple’s latest iPhone models and includes a big notch at the top of the display. If everything we’ve heard so far pans out, however, Google’s Pixel 4 and Pixel 4 XL smartphones will be nothing like Apple’s iPhone XS or the next-generation iPhone 11. Instead, they’ll take design cues from Samsung’s Galaxy S10 series — and if the results end up looking anything like the renders you’re about to see in this post, there’s a very good chance that Google’s 2019 Pixel phones will look even better than the iPhone 11 series handsets Apple is planning to release later this year.

Thanks to months worth of leaks and rumors, we know almost exactly what Apple’s iPhone 11, iPhone 11 Max, and iPhone 11R will look like when they’re announced this coming September. In a nutshell, the iPhone 11 is going to be a copy of the iPhone XS, but it’ll have a huge square camera bump on the back that houses Apple’s new triple-lens camera system. Here’s what it’ll look like when Apple unveils the iPhone 11 series in a few months:

It doesn’t look bad, not by a long shot, but it also isn’t anything special. For the second time, Apple plans to use almost the same exact smartphone design for three straight years instead of two, just like the company did with the iPhone 6, iPhone 6s, and iPhone 7.

In contrast to the iPhone 11 series phones set to debut in September, rumors suggest Google’s next-generation Pixel 4 lineup will feature a complete design overhaul. Google is said to have ditched the massive, unsightly bezels on its Pixel 3 phones in favor of an all-screen design with hole-punch cameras just like the Galaxy S10 from Samsung. In fact, the Pixel 4 will supposedly have one hole-punch selfie camera like the Galaxy S10 and S10e, while the larger Pixel 4 XL will apparently have dual selfie cameras in an oblong cutout, just like the Galaxy S10+.

Graphic designer Jonas Daehnert, who goes by @PhoneDesigner on Twitter, has seen the same rumors as the rest of us. Unlike the rest of us, however, Daehnert has the chops to turn those rumors into reality by mocking up lifelike smartphone designs. He recently turned his attention to the Pixel 4 and Pixel 4 XL, and the results are absolutely stunning. Take a look:

And here’s his vision of the Pixel 4 XL in white:

There may end up being a few things here and there that are off the mark. For example, the latest rumor suggests that Google’s new Pixel 4 and Pixel 4 XL smartphones won’t have any buttons on them at all. But for the most part, these renders are likely a very good indication of what we can expect from the real Pixel 4 series phones once Google releases them this coming October.

By Chris Smith 33 seconds ago

By Maren Estrada 31 mins ago