Netflix recently confirmed price hikes for its subscriptions to which I have a simple answer: “So what?” I’ve told you this before, but I still maintain the notion that Netflix is still very affordable, and you shouldn’t cancel it just because you’ll pay a few more dollars each month. Netflix is still probably a lot cheaper than what you spend on coffee each month. If you think of all the great content coming out of Netflix each year, there are plenty of Netflix TV shows that deserve your support. And Netflix needs to make money to put out great shows.

But while it has plenty of hit TV shows on its hands, Netflix isn’t doing so great when it comes to original movies. And titles like IO practically beg you to cancel the subscription — before you go any further, you should know the following not-a-full-review contains plenty of spoilers for the film.

Actually, on second thought… you might want to read this before investing your time in it.

Launched on Friday, IO has a simple enough premise. We destroyed Earth and made it uninhabitable. Most people fled to space, seeking refuge near Jupiter’s moon IO, and beyond, but some people stayed behind looking to fix it — to make Earth great again. The trailer promises a rather fast-paced sci-fi film set in the near-future, with a couple of survivors ready to do whatever it takes to get on one of the last remaining shuttles that can ferry them to Jupiter:

When you start watching the film, you’ll realize the trailer was pretty misleading. Not only is there no fast-paced action, but the entire thing drags on to the point where you’ll want to finish it just for the sake of having finished it. There’s some excitement near the end, but it all feels rushed and incomplete.

The trailer also suggests that Anthony Mackie has a much bigger role in the movie, which isn’t the case. Micah (Mackie) isn’t even a great supporting character. The film doesn’t spend enough time building up the character so that we actually care about him. So there’s nothing Mackie can do about it to fix the film.

Margaret Qualley’s character, Sam, is the star of the show. She’s the daughter of a pro-Earth scientist who encourages people to stay behind. A scientist herself — involved in a long-distance relationship with an engineer on IO — she has a plan to save Earth. She keeps on dreaming right until the very end, even if that means deceiving Micah into thinking she’ll follow him to space, and manipulating him into having sex so she can hopefully get pregnant. Sam is human. She’s believable. She’s someone you can relate to, especially under those circumstances.

Micah, on the other hand, is a sperm donor with a chip on his shoulder, at best. The movie doesn’t spend enough time on him to properly introduce him. He doesn’t get a backstory that would explain his desire to leave the planet. Why did he stay on Earth? What are his qualities that would have helped him contribute in any way to advance human life on Earth? Did he survive by mistake? What grants him the right to fly to space? Who was his wife, and how did she die? How is it that he has a balloon that he can fly around the planet, but he wasn’t able to secure food? 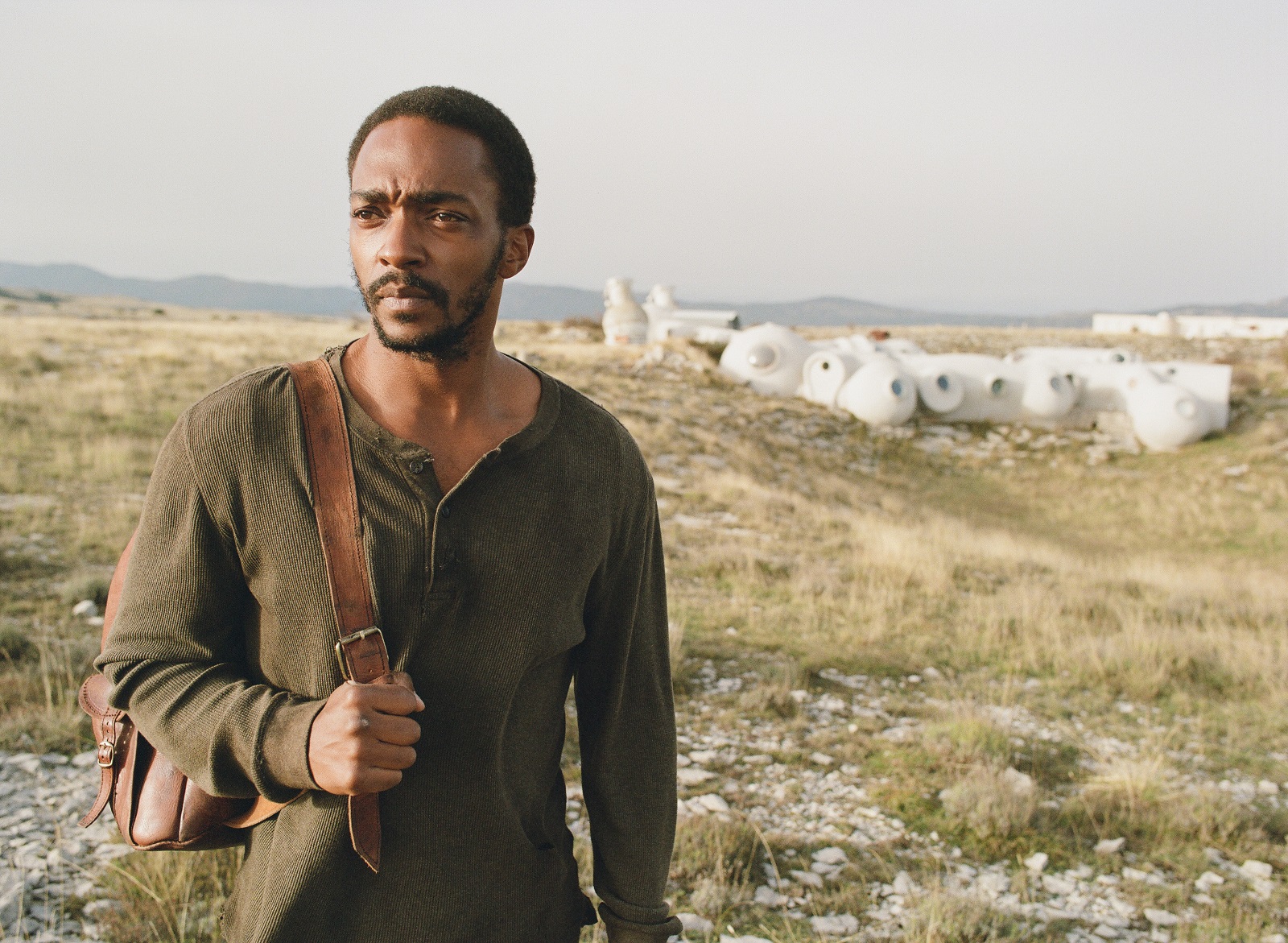 We have no background on Micah, yet we must accept that he’s supposed to be a hero that will save Sam, even though it’s pretty clear she can take care of herself.

The movie is so dull, and ultimately uninteresting, that, by the time it ends, you have no time to appreciate the great-but-totally-foreseeable message — that humans have the power to fix their wrongdoings and turn Earth into a habitable planet, hopefully before the planet starts killing us. You’ll want to move to something better. That is if you can even suffer through the whole thing in the first place.

With all that in mind, IO is a mediocre movie that had plenty of potential. So please, Netflix, pretty please with a cherry on top, do not make this type of original content going forward. You know what I’m talking about: Films that have a few stars in them that should sell the movie (I did watch this because I’m a fan of Mackie), but that fail to deliver upon the initial excitement. Films with a small number of characters, dull plots, almost no dynamism, and austere sets. The whole thing looks like it had been shot in the week it was launched with whatever Netflix had on hand at the time. 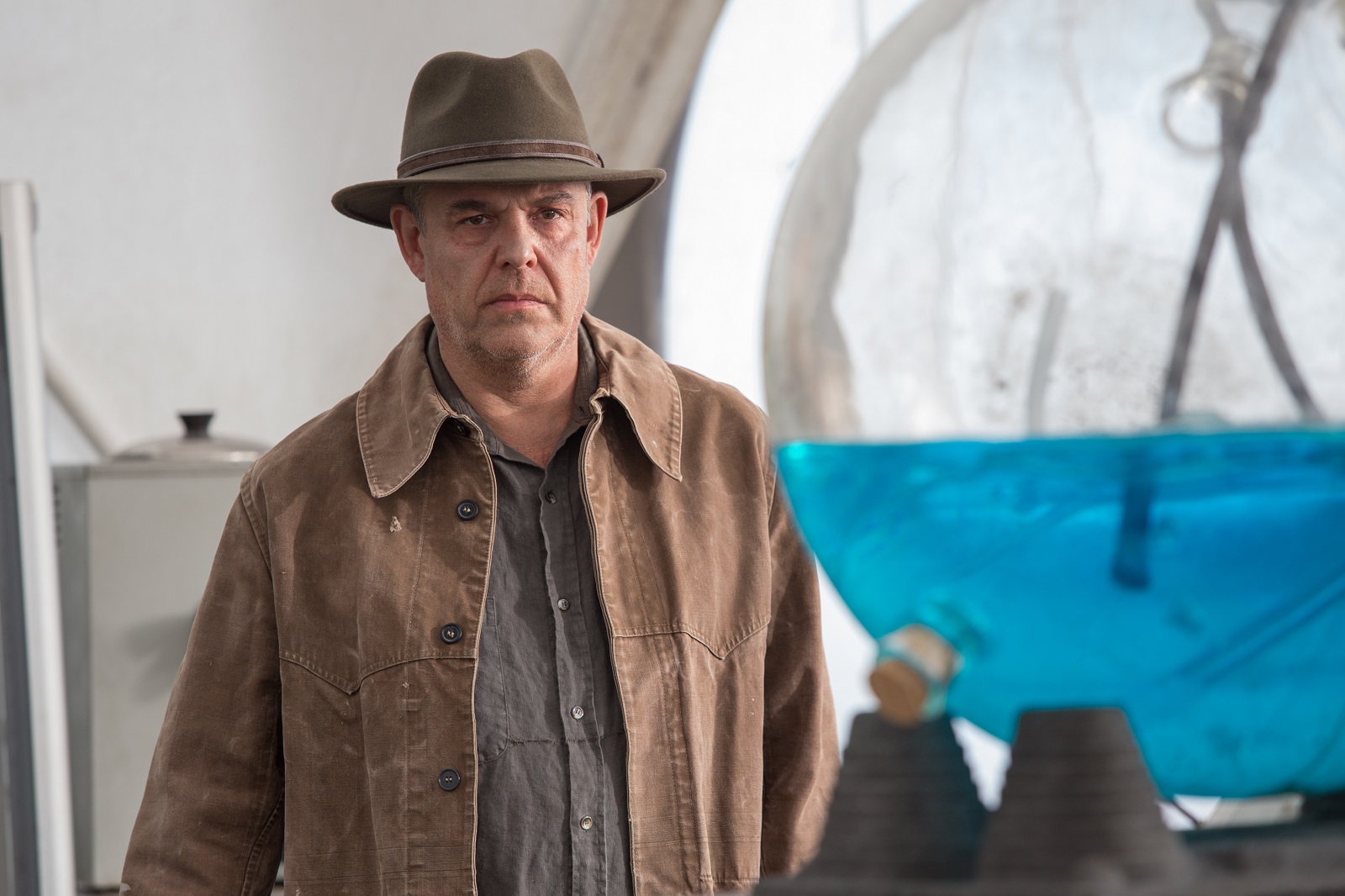 I’m not saying you can’t make great movies featuring a limited number of characters, with the action set in a dystopian or post-cataclysmic Earth. Several examples come to mind, including Bird Box, which happens to be a Netflix original. I Am Legend is also a great example of a similar movie that I would watch again. The Book of Eli and Oblivion are also similar titles that come to mind. In any case, all these movies are a lot better than IO, as well as other recent Netflix creations. I still want to see the film the trailer promised, not what IO turned out to be.

We’ve now got a series of Netflix titles that would have failed miserably in cinemas, in addition to IO — all movies I’d rather not have seen. The list includes The Titan, Extinction, and Annihilation — the latter, however, is the best of them all and deserves more attention. All these sci-fi movies have the same things in common: Hollywood stars, great trailers, stories that have great potential, but poor overall execution and delivery.

In other words, I’m all for paying Netflix more money each month just so I can keep streaming great shows and movies from home, especially original Netflix creations, but IO isn’t a good example of what I want to pay for.