Google I/O 2018 is underway and we’ve already seen a number of interesting announcements from the search giant. Most notably, we saw Google unveil a new Google Assistant feature that will let an advanced and naturally conversational AI system make calls and even secure reservations on your behalf. The demo Google played to demonstrate the feature was downright jaw-dropping.

Not too long after, Google CEO Sundar Pichai took the wraps off of a Google News redesign. With so many people relying upon Google for their news these days, Pichai made a point of emphasizing that Google has a responsibility to provide accurate and pertinent information to users.

The end result is a redesign to Google News with three main objectives, as laid out by Google’s Trystan Upstill.

Google also announced a Google News app that will present users with the top 5 stories of the day, along with a number of additional stories specifically chosen for individual users. 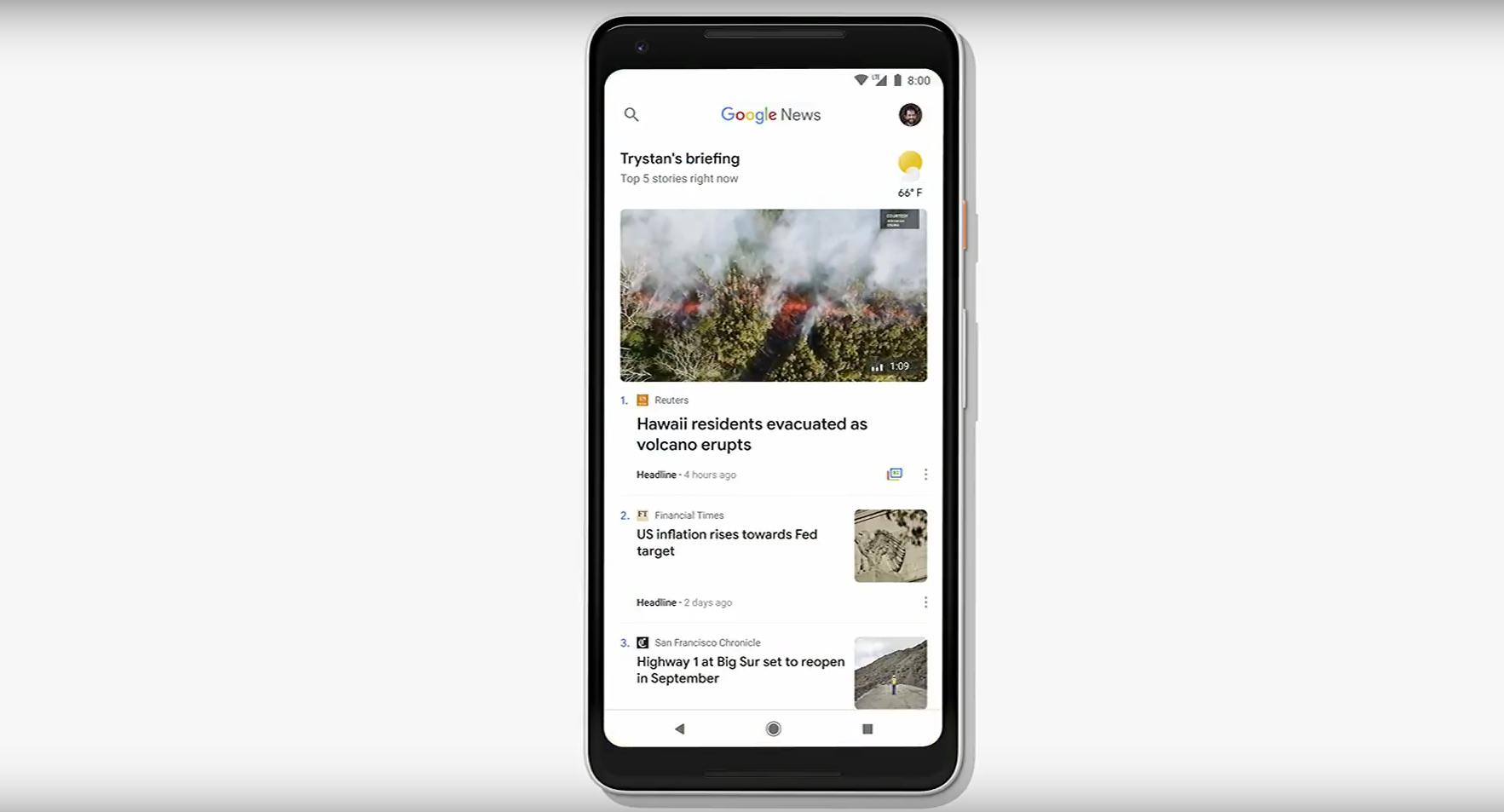 “Our AI constantly reads the firehose of the web for you, the millions of articles, videos, podcasts and comments being published every minute and assembled the key things you need to know,” Upstill explained. “Google News also pulls in local voices and news about events in my area. It’s this kind of information that helps [users] feel connected to their community.”

Also of note is that users, when perusing Google News, can signal if they want to see more or less about a particular topic or a particular publisher.

There’s also a video component to the Google News app which lets users see videos of interest from YouTube and all across the web.

“Newscasts are kind of like a preview of a story,” Upstill said, “and they make it easier for you to get a feel for what’s going on.” In short, Newscasts presents users with the basics of a story before letting them decide if it’s worth diving in fully.

Additionally, Google introduced a “Full Coverage” feature which uses advanced AI to present users with key information about the important people, places, and events that comprise a given story. In short, if you want to immerse yourself in all of the happenings of a given event, Google will make it all the more easier for you to dive in.

“This provides a whole new way to dig into the news…” Upstill said. “It’s an unfiltered view of events from a range of trusted news sources.”

There’s also a Newsstand feature which lets users choose sources they already enjoy while also exploring new publications that might appeal to them. Newsstand includes more than 1,000 magazine titles. Publications can specifically be followed and easily subscribed to via a ‘Subscribe with Google’ feature. Upstill said the subscribe tool was built in collaboration with more than 60 publishers and that it will be rolling out to users in the coming weeks.

Tweet
Google Assistant will make reservations for you, and the human at the end of the call will never know it