Get a free year of MLB.TV from T-Mobile before the offer expires

Baseball fans rejoice, for Opening Day 2018 is right around the corner. All 30 MLB teams will play their first games of the season on Thursday, March 29th, and if you happen to be a T-Mobile subscriber, you can kick the season off right with a free year’s subscription of MLB.TV. It’s the latest offer on the T-Mobile Tuesdays app, so if you think you’ll want to watch even a single baseball game this year, you might as well take advantage of the deal.

The price of MLB.TV fluctuates throughout the year as the regular season progresses, but right now, this is a $115.99 value that will also get you access to all of the MLB At Bat app’s premium features. But remember, the deal expires on April 2nd at 11:59pm ET, so be sure to act fast or you’ll miss out on the free subscription altogether.

“Going to bat for customers is what we do, and our customers LOVE baseball…so we’re bringing them home a win next T-Mobile Tuesday,” said John Legere, president and CEO of T-Mobile. “Last year, Un-carrier customers streamed more than 1.3 million hours of baseball with MLB.TV thanks to the nation’s most loved wireless company, so we’re doing what we do, giving them more of what they want…that’s how it should be, and we won’t stop!”

As the press release notes, the subscription entitles T-Mobile users to home and away broadcast feeds, every out-of-market regular season game, live game DVR controls, and the ability to watch on a variety of mobile devices.

In addition to the free subscription, T-Mobile is also offering users the chance to win an all-expense-paid trip to D.C. for MLB All-Star Week from July 15th – 18th. You can enter to win via the T-Mobile Tuesdays app. 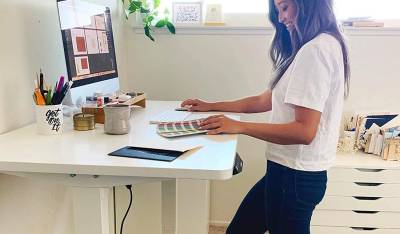 Our favorite electric standing desk is $199 today, an all-time low price at Amazon