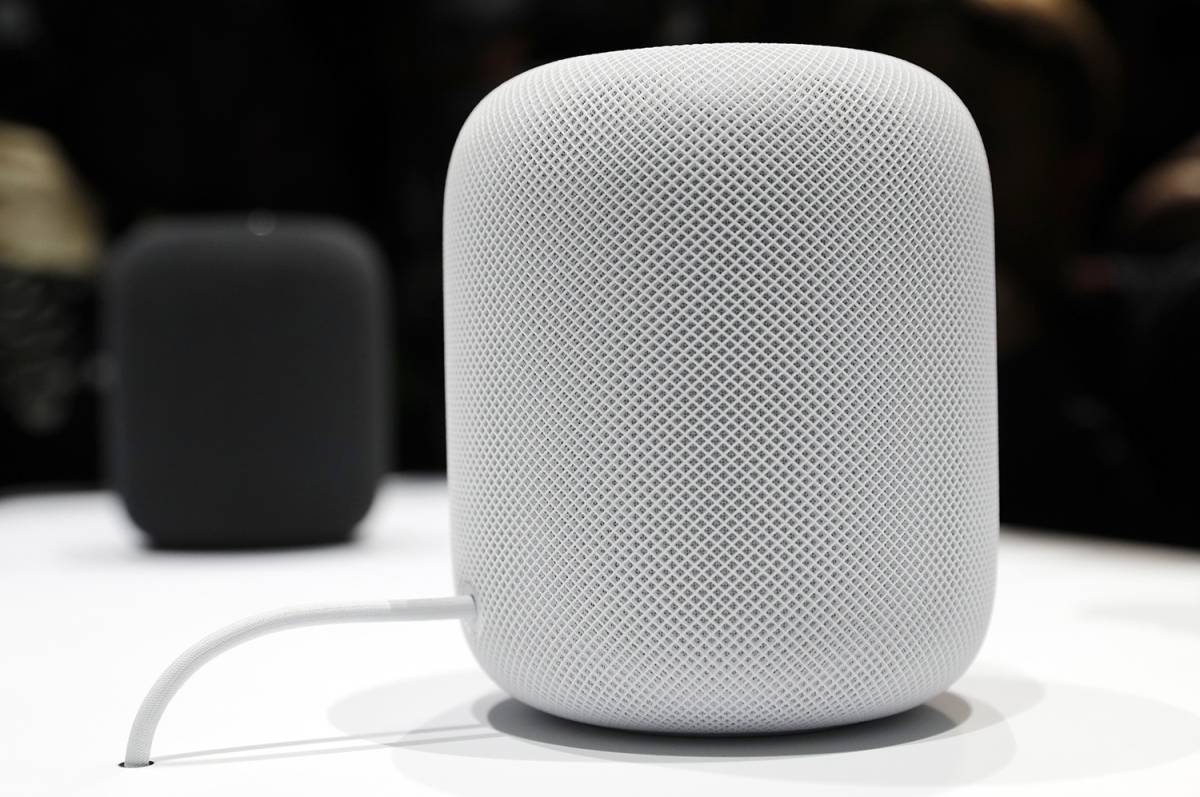 Apple released the HomePod speaker this past Friday, and it was probably the only Apple launch we can recall that can’t be described as “hotly anticipated.” Sure, Apple fans were excited that the company was entering a new product category, and of course Apple bloggers were over the moon. But the HomePod marks the first time in as long as we can remember that a first-generation flagship Apple device entering a new market didn’t sell out at launch. Potentially making matters even worse is the fact that the HomePod was delayed, suggesting that supply is likely constrained at launch as was the case with devices like Apple’s AirPods and iPhone X. Launch-day deliveries for pre-orders did conveniently slip a couple of days before the smart speaker was released on Friday, but it certainly didn’t sell out; every Apple store had plenty of inventory on Friday and over the weekend.

The public’s muted response is curious at the very least, especially since HomePod reviews have been overwhelmingly positive. Of course, it’s also possible that no one really cares what Apple bloggers with no experience reviewing speakers think. If there’s one review that is worth considering, however, it’s the brief one posted on Friday by Sonos founder and former CEO John MacFarlane.

MacFarlane knows a thing or two about speakers. In fact, the company he founded is single-handedly responsible for birthing the smart speaker market that has grown so popular in recent years. Sonos is a name synonymous with impressive sound quality, excellent design, and wonderful simplicity. Sonos speakers are pricey, but to this day there is still no better or simpler way to set up a smart whole-home sound system in your house.

So, what does MacFarlane think of Apple’s first smart speaker?

“Got my HomePod,” MacFarlane wrote in a post on Twitter on Friday. “First impressions… Good packaging, easy setup. Great sound. No clipping at volume. A little heavy on the bass (Jimmy Iovine effect). Handily beats a single Sonos One, at full, acoustically. Two Sonos Ones, in pair, do a superior job. Great start by Apple.”

Needless to say, the former Sonos boss was quite impressed with Apple’s HomePod. Like many other people, his first impressions of Apple’s debut smart speaker were overwhelmingly positive. MacFarlane is no longer at Sonos, so he seems happy to share his honest thoughts about Apple’s new smart speaker.

In a thread following his initial tweet, MacFarlane shared some more.

“The ‘Hey Siri, play blah blah’ is really good, even at max volume,” he wrote. “I have some interesting problems where it’s not always my HomePod responding but am impressed with it’s ability to pull out my request (when it’s playing). Of course, missing Spotify is a gaping hole, and Airplay isn’t an answer. They will need to open it as a platform for Apps.”

In another string of tweets, the Sonos founder responded to people asking him whether Sonos speakers or the HomePod would be a smarter purchase.

“Folks – if you ask me which to buy – HomePod or Sonos, it’s hard to answer,” MacFarlane said. “Sonos is a whole home solution (room with a TV (PlayBar, PlayBase), room with music (Play:1, One, Play:5), and fit with existing or chosen speaker (Connect, Connect:Amp). HomePod does one of those roles. The role to play with a TV is very special and I think the PlayBar and PlayBase do that well, and play music when your not video. I guess you could use a HomePod with an AppleTV but then you had better only use the AppleTV for content and give up on the dialog (center) channel.”

He continued, “Apple has a great start with the HomePod. I think it’s an easy start, and as they add ability to fully integrate other music services, it will be a superior product. If you have a single room you listen to music in, it’s a super call.”

MacFarlane’s conclusion was simple and optimistic. “I LOVE that quality is coming back in home listening. That’s a win for everyone,” he tweeted.

Handily beats a single Sonos One, at full, acoustically.
Two Sonos Ones, in pair, do a superior job.

Tweet
Bitcoin getting ready to hit $10,000 again – here’s what’s happening around the world