Amazon’s Cyber Monday 2017 deals were just announced: Everything you need to know

You’re probably still digging through the best Black Friday deals out there, hoping to get your order in while supplies last. But as is the case every year, scoring as many Black Friday sales as possible shouldn’t be your only objective, as the massive Cyber Monday event is about to kick off. Amazon is one of the stores you’ll have to pay special attention to come Cyber Monday, and the giant retailer already announced some of its Cyber Monday 2017 plans.

What’s great about Amazon’s Cyber Monday sale is that it starts on Sunday, at 5:00 PM, as long as you have a voice-enabled, Alexa-powered gadget in your home. If you don’t have one, here’s how to score one for a discounted price from Amazon, although it might not ship to your home in time for Cyber Monday early deals unless you choose one-day shipping. You could buy one in a retail store near you, as Echo gear is on sale everywhere right now.

Voice shoppers get an early start on Cyber Monday sales at Amazon, but that’s hardly the only way to shop. You’ll be able to buy your Cyber Monday deals the old-fashioned way, using a computer or a mobile device (via the Amazon app), starting a few hours later.

Before you get started, make sure you get a free Amazon Prime subscription trial. Truth be told, you should have started a trial before Black Friday, but there’s still time to get one and take advantage of all its perks.

Once that’s done, be sure to bookmark Amazon’s Cyber Monday 2017 page where all the deals will be posted. The company says it’ll host 30 Deals of the Day and thousands of Lightning Deals on that page. Furthermore, starting tomorrow, customers can browse through new Cyber Monday Deals Week deals as they wait for the actual Cyber Monday sale to start.

Deals from Small Businesses and Entrepreneurs 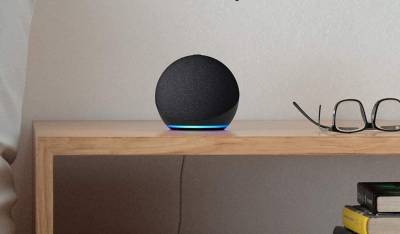