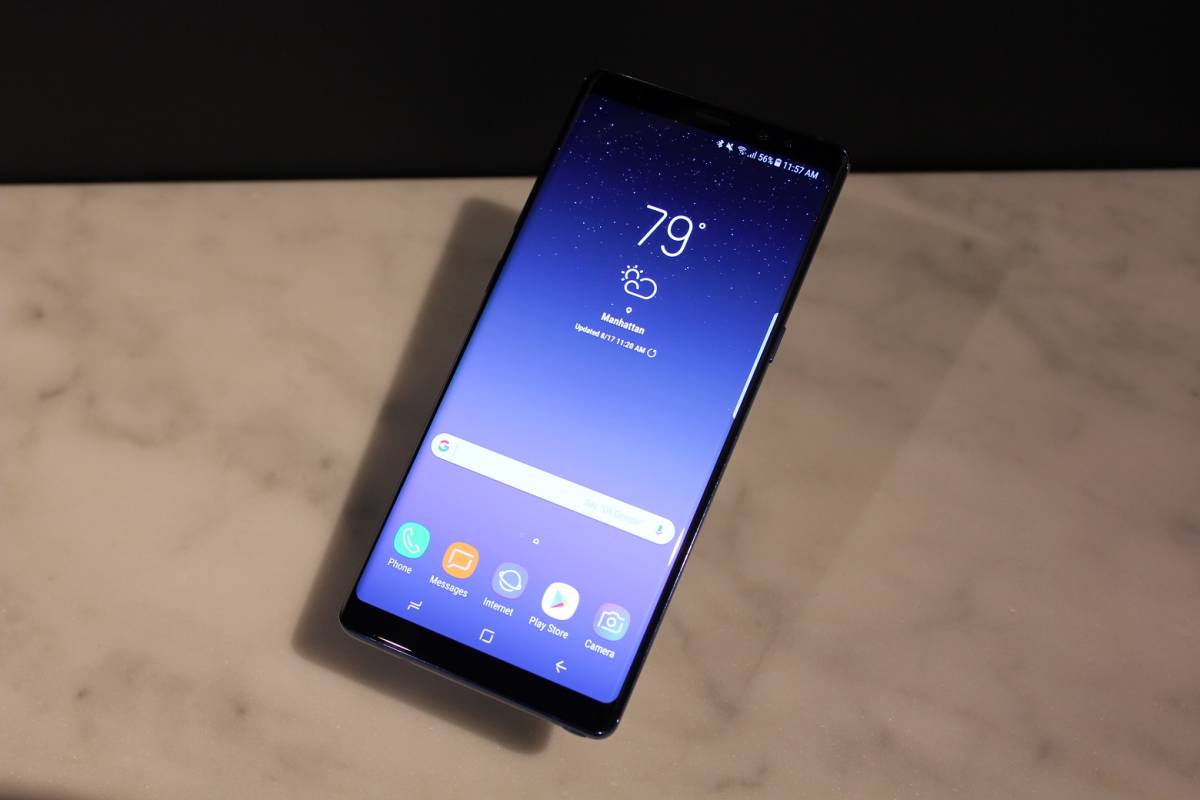 A year ago this month, Samsung unveiled the Galaxy Note 7. On Wednesday morning in New York City, Samsung uncovered the Galaxy Note 8. In the twelve months between those debuts, Samsung has been dealing with the fallout of the Note 7 battery catastrophe, which ended with the phone being recalled all over the world. Needless to say, it’s been a long year for the mobile company, but it culminates in one of the most anticipated phone introductions of the year today.

As the countless leaks suggested, the Note 8 is a slightly larger phone with a similar design to that of the Galaxy S8 and Galaxy S8+. The Quad HD+ Super AMOLED Infinity Display comes in at 6.3 inches — just a tenth of an inch larger than the S8+ — but that extra room makes all the difference.

While multitasking is possible on both the S8 and S8+, Samsung makes it even easier to multitask on the Note 8 with the new App Pair feature, which allows users to create custom pairings of apps on the Edge panel. When you tap on an App Pair, both apps will automatically open in Multi Window mode.

A key element of the Note line has been carried over to the Note 8 as well: the S Pen. Along with adding new software features to support the accessory, such as handwritten Live Messages and an overhauled screen off memo allowing for up to 100 pages of notes, Samsung has also upgraded the hardware. The new S Pen is water and dust resistant, and at 0.7mm, the diameter of the pen tip reflects that of an actual pen. Writing on your Note 8 should feel as natural as writing in a notebook.

Turning our attention to the backside of the phone, the Note 8 will feature two 12-megapixel rear cameras with optical image stabilization (OIS) on both the wide-angle lens and the telephoto lens. In order to give users more control and more options to choose from once they snap a photo, Samsung is introducing Live Focus (which lets users control the depth of field before and after taking a photo) and Dual Capture (in which both of the rear cameras take pictures simultaneously).

Other highlights from the spec sheet include a Qualcomm Snapdragon 835 processor (or Exynos 8895 depending on your region), 6GB of RAM, 3,300 mAh battery, 8-megapixel front-facing camera with f/1.7 autofocus lens, 64GB of internal storage, microSD card support, multiple biometric unlocking methods, wireless charging, dimensions of 162.5 x 74.8 x 8.6 mm and it all runs on Android 7.1.1.

“We appreciate the relentless passion of the Note community. They’ve been a constant inspiration to us, and we designed the new Note for them,” said DJ Koh, president of Mobile Communications Business, Samsung Electronics. “From the Infinity Display to the enhanced S Pen, to the powerful Dual Camera, Note8 lets people do things they never thought were possible.”

In the US, Samsung is planning to offer the Galaxy Note 8 in Midnight Black and Orchid Gray from the following carriers beginning on September 15th: AT&T, C Spire, Cricket Wireless, Sprint, Straight Talk Wireless, T-Mobile, U.S. Cellular, Verizon Wireless and Xfinity Mobile. Preorder begins on August 24th, and unlocked versions of the phone are expected to be available at the same time.

If you purchase a Note 8 between August 24th and September 24th, 2017, you’ll be able to choose between receiving a free Gear 360 camera or a free Galaxy Foundation kit, which includes a Samsung 128GB EVO+ memory card and a Fast Wireless Charging Convertible. The Note 8 will also be compatible with the Gear VR with Controller, which will be available for preorder on August 24th as well.