It’s not easy being a BlackBerry fan these days. Not only is the brand little more than a shell of its former self, but there just hasn’t been much for BlackBerry diehards to get excited about on the hardware front as of late. Now, the most recent device to carry the once-great BlackBerry logo, the KeyOne, is experiencing some downright hilarious hardware issues. As it turns out, the phone’s edge-to-edge glass display isn’t actually glued to the rest of the device, and early adopters are now reporting that the screen has a habit of just popping right out.

Don't Miss: Major leak shows that Google’s Pixel 2 will be just as exciting as the iPhone 8

Claims of the KeyOne’s nasty display-popping habit have already begun to surface on BlackBerry enthusiast forums, with users reporting that something as simple as a drop of a few feet (and onto the plastic center console of a car, no less) caused the phone’s face to come right off. 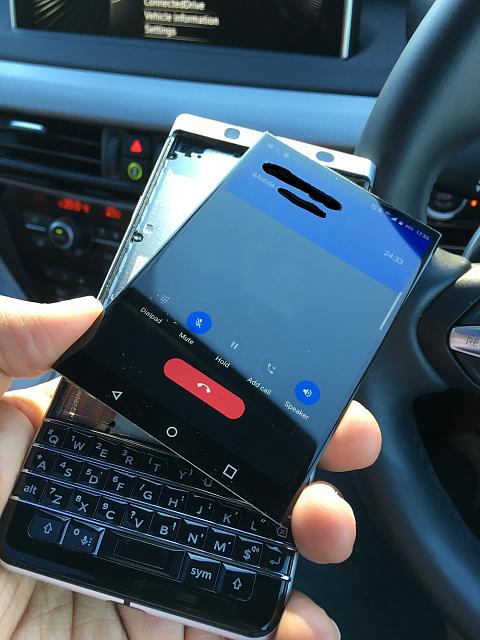 Other users have reported that the screen simply came out all on its own, with no drop, damage, or wear and tear of any kind. “I can’t even figure out how it happened,” one early buyer says. Likewise, durability tests have shown the screen to be almost entirely unsecured to the rest of the device with no trace of adhesive in sight:

Aside from this extremely serious defect, early impressions of the KeyOne have been relatively upbeat, at least as far as BlackBerry devices are concerned. If you’re in the market for a device with a physical keyboard, your options are already very limited, but this remarkable oversight is obviously not great news for the BlackBerry brand, or its ever-thinning fan base.