Too many drivers get distracted too often behind the wheel, from stealing a quick glance at a text message to taking a phone call and a host of other seemingly innocuous activities.

Enter Palo Alto-based transportation technology company Nauto, which has rolled out its solution to address that problem. It’s the company’s software-hardware package that includes cameras and a system that uses visual context and artificial intelligence to monitor drivers and detect whether they’re engaging in distracted behavior.

Nauto just a few weeks ago released a new, upgraded version of that system – the Nauto 2 – to commercial fleet customers in North America, and not a moment too soon, it would seem.

The company points to disturbing stats like the fact that U.S. traffic fatalities are rising at the fastest rate in 50 years, and 3,500 crashes caused by distracted driving ending in fatalities each year. (Those are February 2017 numbers from the National Safety Council.)

The distraction feature is the key element of the Nauto 2 system. It boasts the ability to detect, for example, whether a driver’s eyes are paying attention to something other than the road. But it then takes the extra step of uploading a clip of that activity and scoring its severity via a secure app.

“We’re kind of a holistic system, which comprises a proprietary device that’s packed with internal and external-facing cameras, plus a bunch of traditional telematics and other sensors,” said Jeanne Meyer, who heads up marketing for Nauto. “Nauto’s also a networked data platform.

“The way it works – the device maps almost a full picture of what’s happening in and out of the car. It’s everything from what the passenger might be up to to the backseat to potholes, weather conditions outside the vehicle, and where other vehicles are positioned relative to your vehicle.”

The most recent news – and what the company says is its differentiator – is the distraction detection feature it’s just employed, with all the data- and insight-generation that can be gained from it. It does eye-tracking along with studying a host of different variables, and it automatically tags events that are “unique or anomalous” and automatically uploads them.

So if you’re a member of a fleet, Meyer explained, you don’t have to slog through hours of footage. 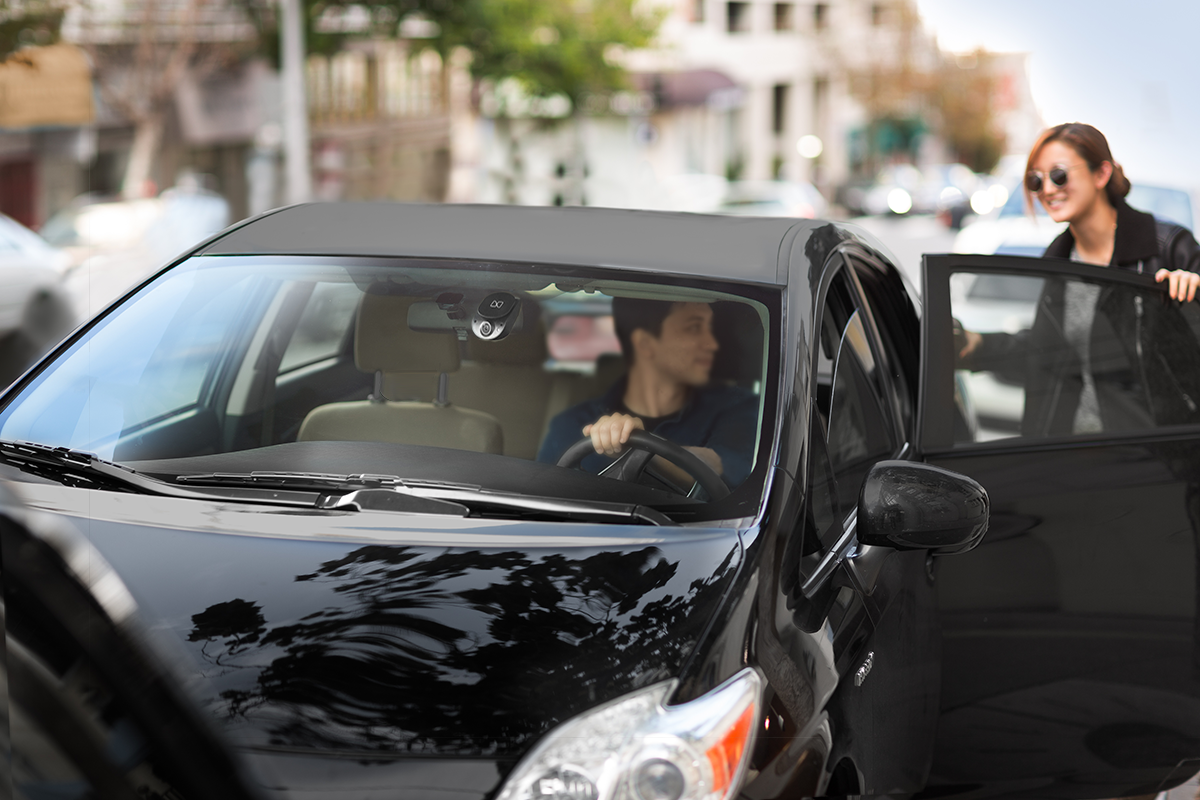 The company was co-founded by Stefan Heck, who said in a Medium post a few weeks ago that in the data from the million-plus miles Nauto has accumulated from vehicles on its system so far, they’ve seen distraction events occur once every 4 miles.

A driver, Heck wrote, might take their eyes off the road for an average of five seconds – which also happens to be the amount of time it takes for a vehicle moving at 55 miles per hour to travel the length of a football field.

Other than the environmental benefits, remember, the fact that machines don’t get distracted by checking their phones or putting on makeup is one reason autonomous driving technology is touted as such a benefit. It would make roads, theoretically, more safe – and speaking of that, Nauto’s runway for growth also points in that direction.

Self-driving cars and the companies behind them can’t just put their virgin machines on the road and set them loose. They need to “train” those cars with data – and lots of it. The kind of data Nauto is collecting in spades.

“We’re working with a lot of the big OEMs to put Nauto in fleets that they control to help them get a better understanding of human driver behavior, and that in turn is informing some of the autonomous vehicle features they’re producing for production vehicles,” Meyer said.

“The big mission is safer and more efficient driving. That applies to whether it’s human operated or machine-operated.”

Nauto’s VERA scoring system (an acronym for Vision Enhanced Risk Assessment) includes a risk rating for the frequency and severity of distraction events. It scores events differently, for example, if it notices a driver distracted while stopped at a red light versus one driving at 65 miles per hour on a freeway.

Fleets equipped with Nauto’s technology get video uploaded automatically showing significant events and insights delivered in real time to help them improve driver performance and the safety and efficiency of their fleet.

“It’s yet another way we’re working hard to make fleets and those who drive for a living safer and smarter behind the wheel,” Heck wrote in his Medium piece. “The more accurately Nauto can observe human driving behavior, the smarter we can make the professional drivers who depend on us, and the safer we can make our streets and highways.”

Tweet
Game devs challenged hackers to beat DRM, and you can probably guess what happened