Despite ever increasing numbers of deep-sea expeditions, scientists continue to maintain that humanity has only a very cursory knowledge of the kinds of creatures that live in the depths of Earth’s oceans. A month-long voyage off the coast of Australia has just discovered plenty of evidence to support that fact, including a fish with absolutely no face.

Easily the most interesting revelation from the scientists’ journey, the faceless fish measures roughly 22 inches in length, and looks like a slimy torpedo. The creature is officially known as a “Faceless Cusk,” and it certainly lives up to its name. With no visible eyes and a totally featureless head with the exception of two nostrils, its mouth is situated on the bottom of its body, giving it a very odd appearance. 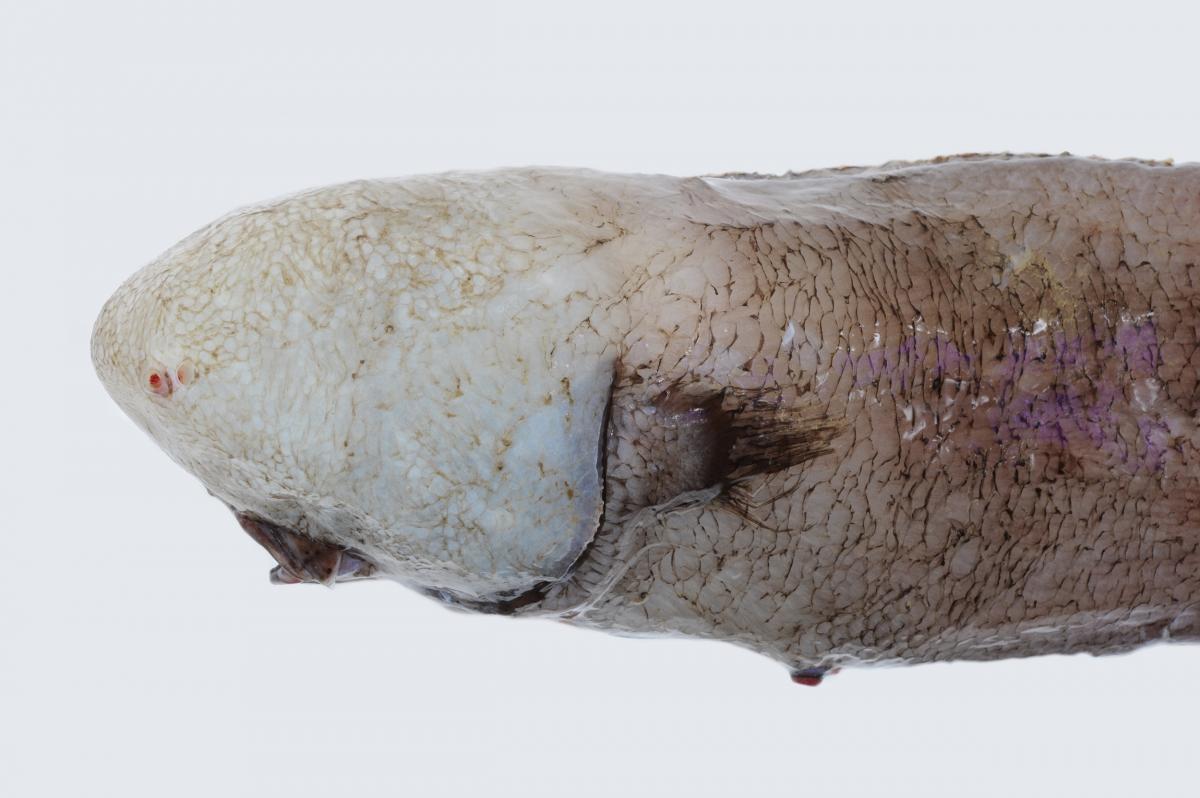 The creature has only been observed once before, and that was way back in 1873, when a ship snagged one off the coast of Papua New Guinea. This most recent expedition, which was led by Dr. Tim O’Hara of the Australia’s Museums Victory, used nets to trawl at depths of 2.5 miles beneath the surface. The group also used sonar and camera rigs to make additional observations, and the team says that of the species they were able to catalog, roughly one-third are completely new to science.

“This little fish looks amazing because the mouth is actually situated at the bottom of the animal so, when you look side-on, you can’t see any eyes, you can’t see any nose or gills or mouth,” O’Hara remarked, via satellite. “It looks like two rear-ends on a fish, really.”