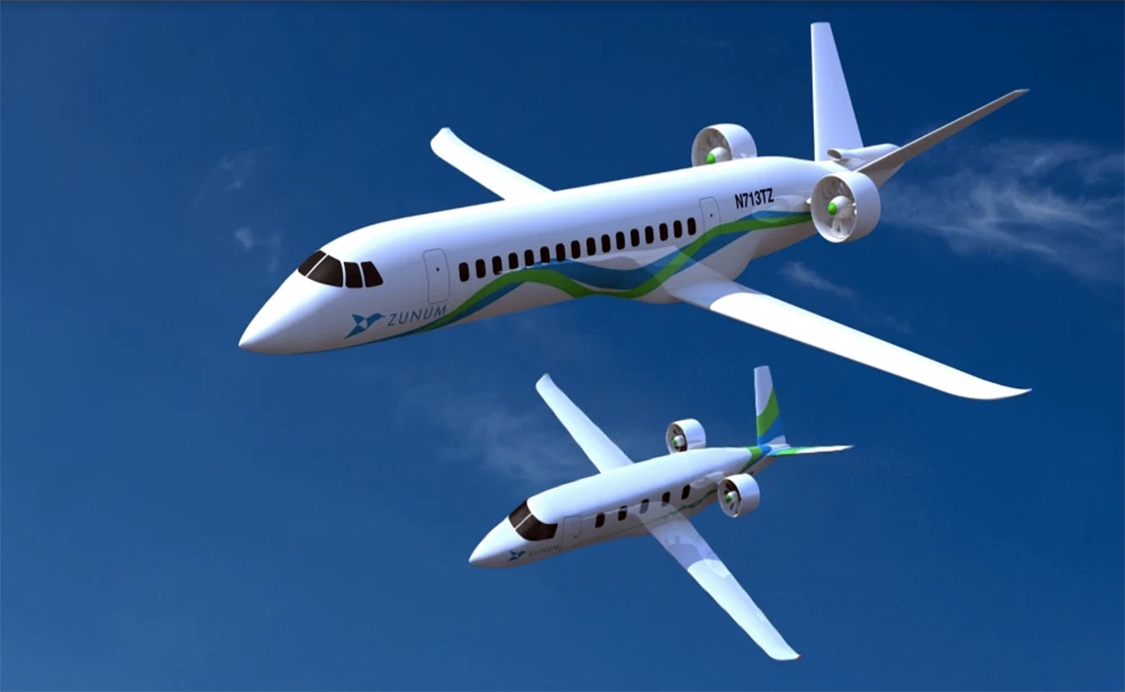 The Kirkland, Wash.-based electric airplane startup that has been described as a kind of Tesla for the skies — and which came out of stealth in recent weeks — takes its name from “tzunuum,” the Mayan word for hummingbird.

Zunum Aero looked to that for inspiration for its name, according to a spokesperson, because it wanted to connote speed, efficiency and sustainability. Those are the guiding principles behind the combine’s lofty ambition: to build a commercial-class hybrid electric aircraft — plus all the underlying systems — and have them in the air by the start of the next decade.

The plan is for that aircraft to be capable of flights of up to 1,000 miles as a first step towards electric air as a viable regional mass transit alternative to riding high-speed rail or simply driving across a highway. The company — which has raised an undisclosed amount of funding from Boeing and JetBlue Technology Ventures — wants to get its flight capability up to 700 miles at the start, in the early 2020s, then to more than 1,000 miles by 2030.

For context, up to 700 miles would encompass a trip from San Francisco to Portland, Ore., or from Atlanta to Washington, D.C. A trip of 1,000 miles would be something like Seattle to Los Angeles or Boston to Jacksonville, Fla.

“We aim to test our powertrain prototype within two to three years,” a company spokesperson told BGR. “Zunum’s mid-sized hybrid aircraft are designed to be a gateway to a golden era of regional travel, reversing the 70 year consolidation of air services in the U.S. and around the world.

“We’re solving for a vast unaddressed market created by a transport gap, which extends from somewhere over a 100 miles to near a 1,000 miles, where today there’s no high-speed alternative. Highways are slow, and while the air system of airliners and hubs is tremendous for medium-to-long haul travel, its utility is limited on shorter trips.”

Zunum’s game plan includes a reliance on steering traffic to regional airports. The company wants to route traffic of hubs to those regional airports, in addition to adding conveniences like walk-on, walk-off service that the company says is similar to boarding a bus or train.

Its aircraft, powertrain and propulsion, a spokesperson adds, will also be designed for “unmatched economics on regional trips” that translate into 40 percent to 80 percent lower operating costs.

“We’re developing the full stack required to power regional electric aircraft as a mass transit mode to large numbers of community and urban airports,” the spokesperson explained. “Zunum’s innovations range from regional electric air networks to rival highways and high-speed rail, to an innovative class of future-proof hybrid-to-electric aircraft and quiet range-optimized powertrain and propulsion technologies to power these.

“Between the founders and the advisory board we have direct experience bringing a range of (small aircraft) to market, and with developing electrical systems for electrified flying vehicles with power levels comparable to Zunum’s planned early 2020s aircraft. Zunum has also has been working closely with Boeing HorizonX and JetBlue Technology Ventures for a year, both of whom understand the opportunities and risks of our ‘conservatively aggressive’ approach.”

The travel solution the company envisions ultimately bringing to fruition would be something like this. You walk out of your house in San Jose at 7 a.m. for a 9:30 a.m. meeting in Pasadena. You drive to a nearby airfield, walk to the Zunum aircraft with your bags and board your flight.

Only a handful of large hubs in the U.S. carry the lion’s share of air traffic, according to Zunum, which motivates countless travelers to drive long distances to catch flights or skip air travel altogether. Zunum says electric aircraft will increasingly step into the breach — all they need by way of support is little more than a GPS flightpath and a quick recharge or swap facility on the tarmac.

What’s more, Zunum says its aircraft are hybrids that will only use fuel when they have to, and even less as battery technology gets better, making flying an eco-friendly endeavor.