Look at the Galaxy S8 next to Apple’s iPhone 7

In just five short days, Samsung’s new Galaxy S8 and Galaxy S8+ will be official. No more leaks, no more rumors, and best of all, no more waiting. Well actually, Android fans are in store for some more waiting of course, since Samsung’s next-generation flagship phones won’t actually be released until next month on either April 21st or April 28th. But any remaining questions will be answered next Wednesday and Android fans will begin the process of deciding whether or not to buy one of Samsung’s hot new handsets.

There are plenty of factors that will impact that decision, of course, and different people have different priorities when it comes to shopping for a new smartphone. If there’s one thing that just about everyone will likely agree on, however, it’s the fact that Samsung’s new design for the Galaxy S8 and Galaxy S8+ is absolutely incredible. Now, a new pair of Galaxy S8 leaks on Friday give us a terrific reminder of just how impressive Samsung’s new design truly is. 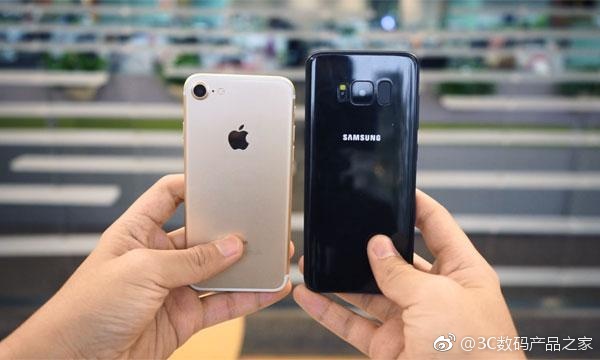 Take a good look at the photo above, which was posted on Weibo on Friday. The phone on the left is Apple’s iPhone 7, of course, and the phone on the right is a Galaxy S8. Both phones are about the same width, as you can see, and the Galaxy S8 is a bit taller. Despite how similar the phones’ overall footprints are, however, the iPhone 7 has a 4.7-inch screen while the Galaxy S8’s display measures 5.8 inches diagonally. 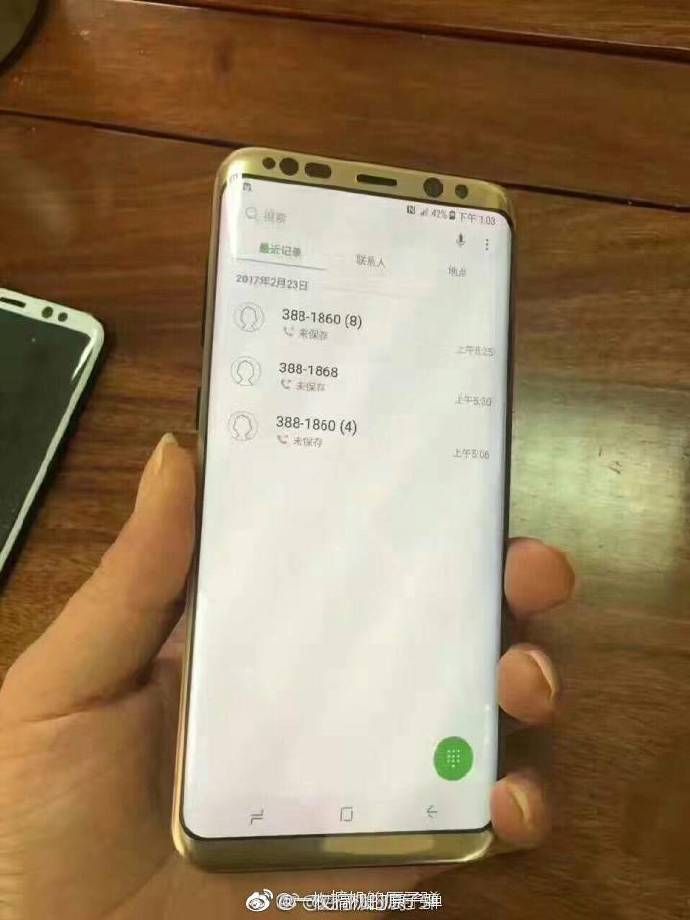 The second big Galaxy S8 leak on Weibo comes from a different user on Friday, and it shows a gold version of the phone with the display turned on. We’ve seen the phone powered on before, of course — like in our big Galaxy S8 exclusive earlier this month — but this photo serves as a great reminder of just how impressive Samsung’s S8 design really is.

The bezels on the sides of the screen are practically non-existent, and the bezels above and below the display are thinner than ever. As a result, Samsung has gotten closer than any other global smartphone vendor to achieving the all-screen handset we’ve been waiting for.