Samsung has done the impossible with the Galaxy S8

In the smartphone market, Samsung found success not by differentiating and carving its own path, but by taking a page out of Apple’s playbook. Or should we say, 132 pages. Apple turned the cell phone industry on its head in 2007 when it released the original iPhone. There was certainly no better company to model its devices and strategy after, and Samsung’s sales skyrocketed once it began retooling its devices to look and function more like Apple’s smartphones and tablets.

Samsung still takes pages out of the Apple playbook from time to time — case in point — but it has truly elevated its game in recent years, with several recent generations of flagship phones that contend with the iPhone on every level. There is one are where Samsung flagships have never managed to compete with iPhones, but it looks like that will change with the upcoming new Galaxy S8 and Galaxy S8+.

In just a week and a half, Samsung will unveil its next-generation flagship smartphones at a press conference in New York City. The wait has felt like an eternity considering how long Galaxy S8 details have been leaking. We know almost everything there is to know about the S8 and S8+, including exactly what they look like and when they’ll be released. And now, we know how remarkably powerful these hot new handsets are going to be.

Each year when Samsung launches new Galaxy S phones, they’re instantly become the most powerful widely available Android phones in the world. Note the inclusion of the word “Android,” however. Samsung’s phones are never the most powerful phones, period, because they simply can’t measure up to iPhones in terms of power. Apple’s in-house chips and its silky smooth iOS software reign supreme each and every year until the next new iPhones are released.

This year, however, it looks like things will be different. 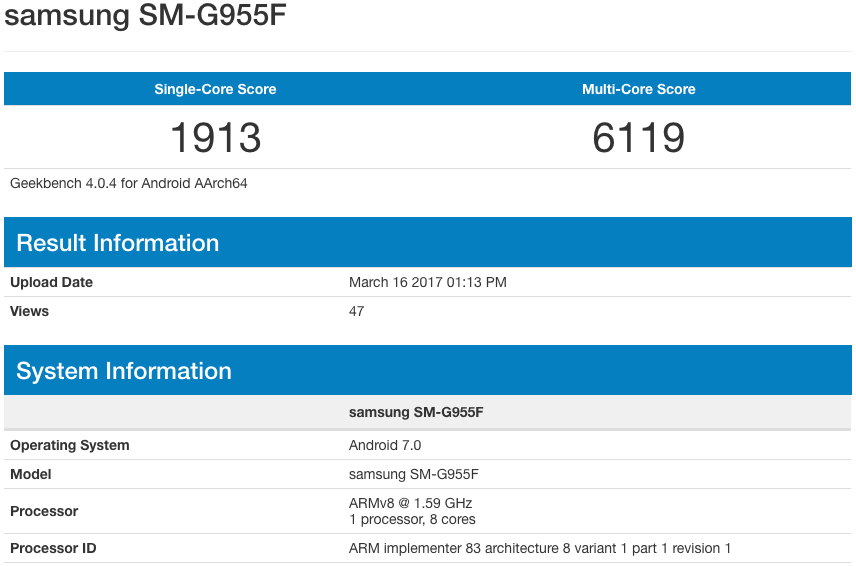 Two separate Geekbench 4 benchmark test results for the unreleased Galaxy S8 smartphone appeared on the Primate Labs website on Thursday night. Long story short, they’re very impressive. The S8 managed single-core scores of 1913 and 1978 in the two tests, and the multi-core scores came in at 6119 and 6375. 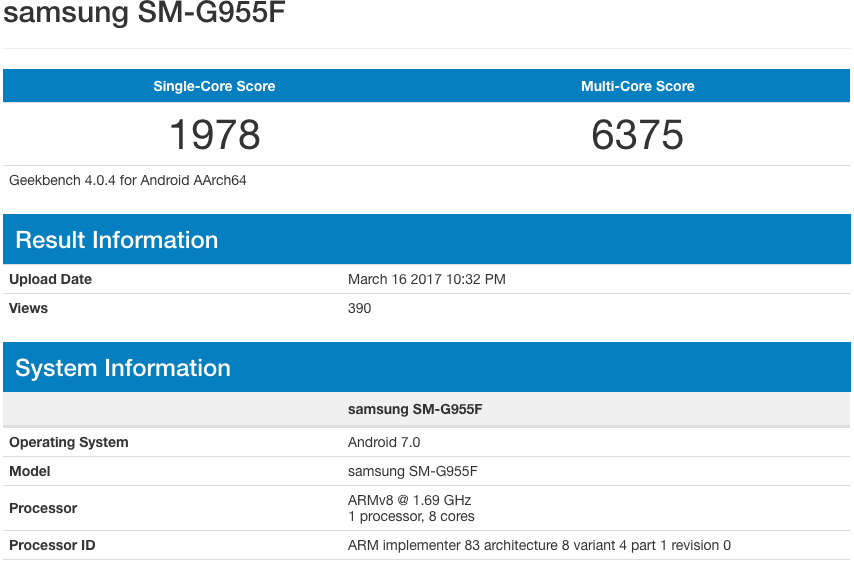 In terms of single-core performance, the Galaxy S8 doesn’t even come close to touching Apple’s latest iPhones — the iPhone 7 Plus racks up a score of nearly 3500. But in multi-core Geekbench 4 tests, the S8 handily beats the latest iPhones, which always score under 5800.

This is a big victory for Samsung on paper, but it remains to be seen how it will translate as far as real-world performance. As we’re sure you’ll recall, earlier Samsung phones have come close to matching Apple’s iPhones on paper, but iPhones absolutely obliterate Galaxy phones in performance tests that gauge real-world power and speed.