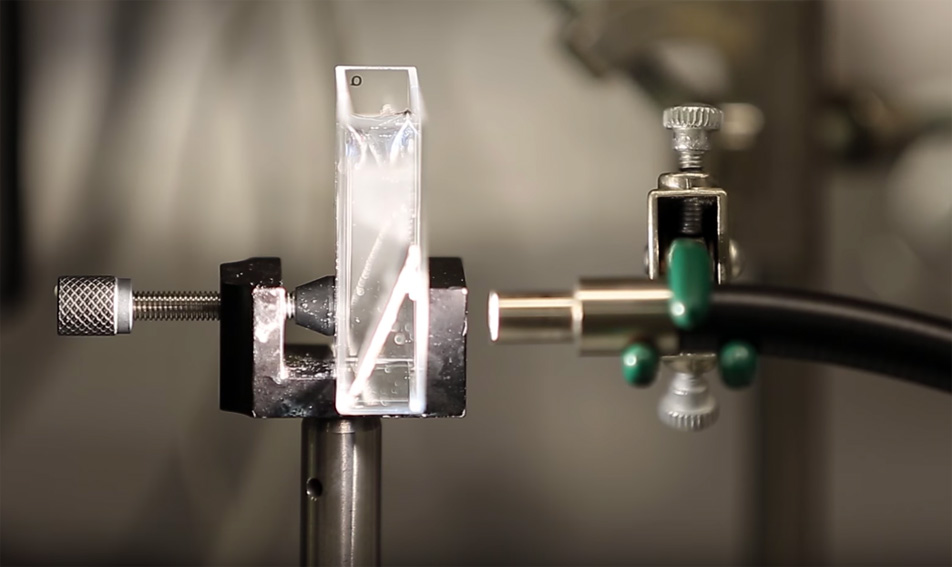 We recently told you about an exciting development at MIT, where researchers discovered a way to double the amount of energy generated by solar cells. The breakthrough involves reconfiguring solar panels, adding an additional layer to their structure that reflects sunlight to a second solar cell at the optimal wavelength for peak efficiency. It’s an intriguing project that could have far reaching implications, but efficiency is just one of several barriers preventing solar energy from being utilized more widely.

Now, another barrier may be on the brink of toppling as a new research is developing a way to convert sunlight and water into liquid fuel.

A pair of professors at Harvard University have been working on developing a “bionic leaf” for some time now. The goal has always been to harness sunlight and use it to create liquid fuel rather than electricity that must then be stored in a battery.

To achieve this, a mechanism was designed to use solar power to separate oxygen atoms in water from hydrogen, which is then converted into isopropyl alcohol by bacteria. But prior efforts had used a nickel-molybdenum-zinc catalyst and the resulting reactive oxygen species would destroy the bacteria’s DNA. The only way around the unwanted reaction was to operate the system at very high voltages, which obviously would in turn decrease efficiency.

But the team has seemingly found a solution.

“For this paper, we designed a new cobalt-phosphorous alloy catalyst, which we showed does not make reactive oxygen species,” lead researcher Daniel Nocera told the Harvard Gazette. “That allowed us to lower the voltage, and that led to a dramatic increase in efficiency.”

The revamped system can convert solar energy into biomass with an efficiency level of 10%, far greater than the 1% that results from similar reactions in plants.

Nocera is the Patterson Rockwood Professor of Energy at Harvard University, and he is conducting his research with co-creator Pamela Silver, who is the Elliott T. Adams and Onie H. Adams Professor of Biochemistry and Systems Biology at Harvard Medical School. Together with three other researchers, the team recently published a new paper in the journal Science that describes their new breakthrough.

If the researchers’ aim seems familiar, it’s because the project is modeled after a well-known natural process that hundreds of thousands of plant species use to generate fuel: Photosynthesis.

His colleague Pamela Silver continued, “The beauty of biology is it’s the world’s greatest chemist — biology can do chemistry we can’t do easily. In principle, we have a platform that can make any downstream carbon-based molecule. So this has the potential to be incredibly versatile.”

A video covering the team’s research is embedded below.