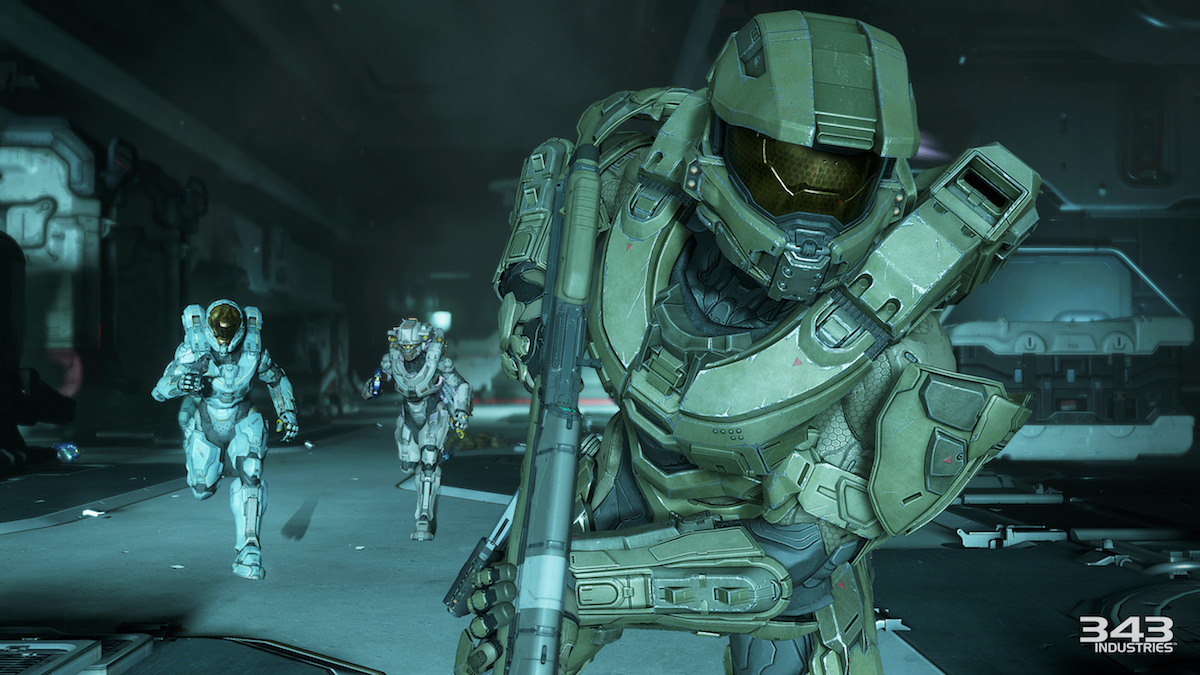 There has never been more pressure on an entry in the Halo series than there is on Halo 5: Guardians. Of course, that won’t factor directly into the review, but the story around the game is nearly as important as the story within the game — Microsoft is looking to catch up with Sony, and Halo 5 is going to be the key to upping Xbox One sales this holiday season.

The reason this context is important is because, in many ways, Halo 5 is the biggest game the series has ever seen. But not always in the ways you’d expect.

One of the major shakeups in Halo 5 is the addition of fireteams in the campaign. Unlike in previous games in the series, you’ll spend the entirety of the campaign with three fellow Spartans — Linda, Fred and Kelly teaming up with Master Chief on Blue Team and Buck, Tanaka and Vale in Fireteam Osiris with Agent Jameson Locke.

The Halo campaigns have often been relatively solitary experiences, pitting Master Chief against the odds and only sporadically weaving in AI teammates when there were simply too many Covenant, Flood or other alien faction for one Spartan to handle alone.

Although I appreciated the companionship throughout the campaign, I wasn’t all that impressed with the AI itself. I’d often find members of my fireteam crouching in a corner, staring at a wall while the rest of us were fighting for our lives. They weren’t always useless, but in the instances when I actually could have used their help, I was often left tackling the enemy force myself.

On the other hand, having consistent chatter between characters in-game did help add to the atmosphere of what has become a surprisingly self-serious story. Admittedly, I was never terribly invested in the story, but with a great voice cast and some of the most exciting cutscenes in any game this generation, Halo 5 did its best to draw me in.

Unfortunately, if you aren’t completely caught up on Halo lore, you’re going to be a little lost from the first mission all the way to the finale.

Guardians kicks off in media res, with Blue Team on the run from Osiris. I won’t delve into the story, but I will say that it took several missions before I had a handle on what exactly everyone was supposed to be doing. This is definitely going to enthuse the Halo faithful out there — everyone who has read the books, watched the shows, played through each of the previous games multiple times — but even after I began to understand the plot, I still felt detached from the characters.

To my disappointment, you spend a vast majority of the campaign with Locke and Osiris rather than Chief, which means most of Chief’s emotional turmoil happens off-screen. I liked Locke’s group, but I have no real connection to them, not like I do with Chief, Cortana and the other characters returning from the original trilogy.

Couple this with some of the most frustrating and unintuitive boss fights I’ve ever suffered through, and I can’t say I came away anxious for more. It’s a story without a beginning or an ending, and the set pieces failed to excite me in the ways they did in the original Halo games.

That’s not to say I didn’t squeeze some enjoyment out of the campaign — it just isn’t the main reason that a casual fan should pick up Halo 5.

Although the campaign didn’t do much to impress me, the multiplayer has been all but perfected as the franchise finally makes its way to the Xbox One. I’ve written about Warzone in the past, but I can’t say enough good things about this mode — basically allowing two large teams to embark upon a mini-campaign against one another for 20 minutes or so.

But the biggest surprise was how quickly Arena ensnared me. I’ve been playing Halo online since launch week of Halo 2, but I’ve never really been competitive. With all the new mechanics in Halo 5, it almost feels like a fresh start, and I’ve been making noticeable progress throughout the week.

We’ll see if that carries over once everyone else gets their hands on the game.

I hate to keep bringing up Titanfall in every review I write for a first-person shooter, but its influence is clear throughout Halo 5, especially when it comes to multiplayer. Clambering over ledges, boosting from platform to platform, even calling in giant mechs (in Warzone) — it’s a much more mobile game than it ever has been in the past.

Even with some significant changes to how Spartans control, I still don’t think it feels far enough removed from Halo of old to upset traditionalists. We’re all just going to have to learn to adjust, and we’re going to get a more fun, faster-paced game in the process. (And no, iron sights don’t ruin everything.)

One Arena mode that is sure to stand out is Breakout, which functions similarly to a round of Counter-Strike. Two teams of four start on opposite sides of the map. Every player has one life, and once they’re killed, they can’t respawn until the next round. Whichever team wins five rounds first takes the series. It’s edge-of-your-seat thrilling, and I can’t wait to see professional players take each other on once the eSports tournaments begin in earnest later this year.

All in all, Halo 5 isn’t the full package I’d hoped it would be, but whether the campaign means anything to you or not, the online component of this game should keep Xbox One owners entertained well past the holiday season.

After all that, I’m still not ready to put a final score on the game yet — here’s why: In order to keep all of the pre-release players grouped together, 343 Industries only gave us access to a single Arena playlist and a single Warzone playlist. Therefore, I can’t really judge the full online experience until all the playlists go live this week.

Additionally, Halo: The Master Chief Collection was riddled with matchmaking and connectivity issues when it launched. I can’t imagine we’ll see a repeat performance, but if any issues that extreme crop up once the game releases, I want my score to reflect what everyone else is playing, not just what I played before launch.

Be sure to check back here at the end of the week for a more thorough evaluation of the multiplayer modes once I’ve had a chance to test them in a live environment.

UPDATE: After spending a few hours with the multiplayer modes in a live setting this week post-launch, I’m pleased to say that none of the issues of The Master Chief Collection appear to have carried over to Halo 5. Throughout Arena matches and Warzone matches, I didn’t have a single instance of slowdown or lag.

Additionally, now that thousands and thousands of players are online, wait times have been reduced drastically. Even the 12 v 12 Warzone matches were nearly instantaneous.

I wish there were more playlists and it’s a shame that the Forge won’t be available until later in the year, but Halo 5 multiplayer is as close to flawless as I could have hoped, so I feel comfortable giving the game a final score.

Microsoft provided BGR with a copy of Halo 5: Guardians on the Xbox One for the purposes of this review.