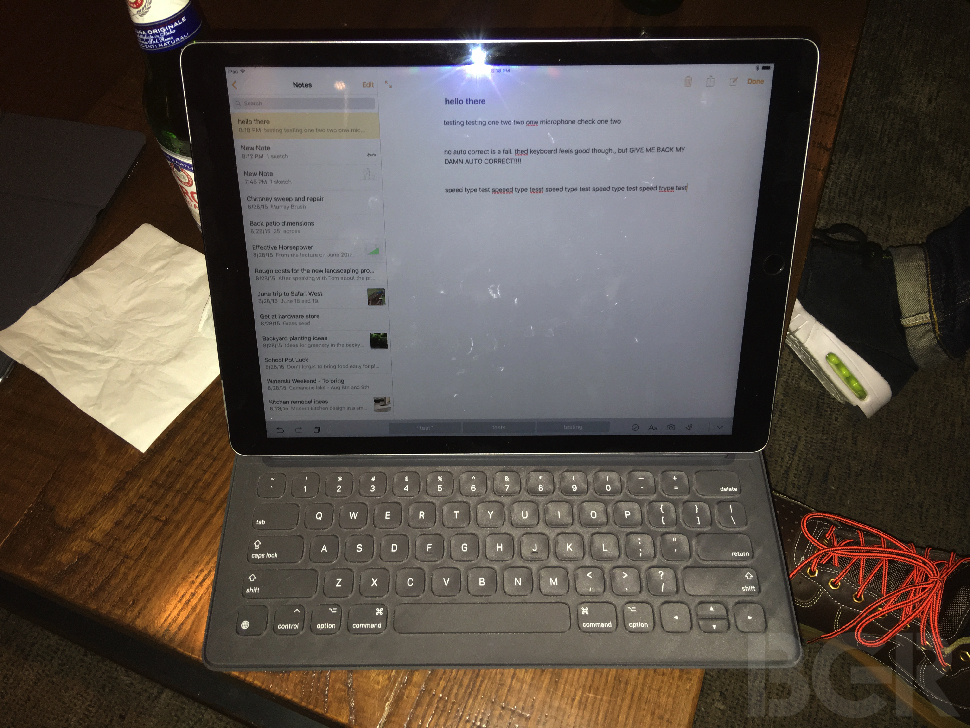 In the weeks before the iPad Pro is set to go on sale, Apple has been globetrotting, showing the bigger iPad to everyone from graphic designers to artists and musicians. Thanks to my close friend Just Blaze, we’ve obtained some photos of the device from some time he spent with it the other day.

Initial thoughts? That this is a game-changer. A new direction for the iPad that exemplifies how capable it is. The most powerful iOS device ever created. The Apple Pencil, something that a tiny population started mocking because of Apple’s focus on a simple accessory, seems to be perhaps the best peripheral for any iPad ever created.

It’s weighted but light, charges via the lightning port on the iPad or a lighting to USB cable, but more importantly, it is said to work better than any other type of stylus. It senses pressure perfectly, the device ignores wrists, and the speed is so fast that it feels like you’re actually using a pencil and writing on paper — you don’t wait for the screen to display what you’re drawing, it appears as you draw. T-Pain was also in attendance at Apple’s get-together, as were many employees and executives from the popular drawing app Paper by FiftyThree. It also looks like Paper was showing off an iPad Pro-optimized version of the company’s app.

Just Blaze also gave GarageBand on the iPad Pro a whirl with good things to say about that, too. We just need Logic Pro X for iPad now, right Just? Apple’s iPad Pro goes on sale in November. 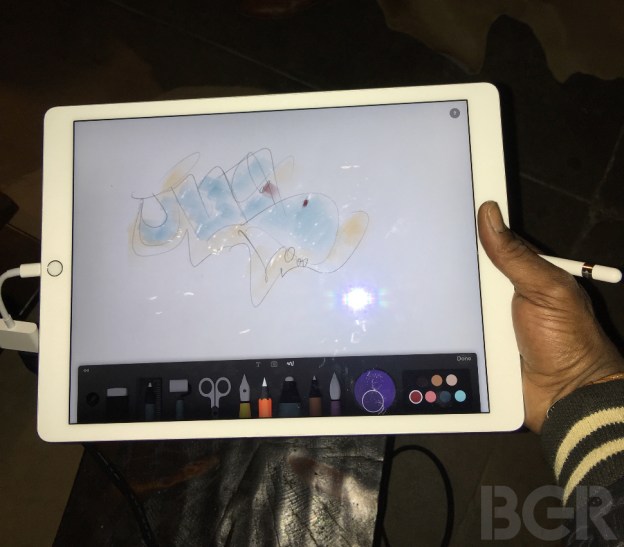 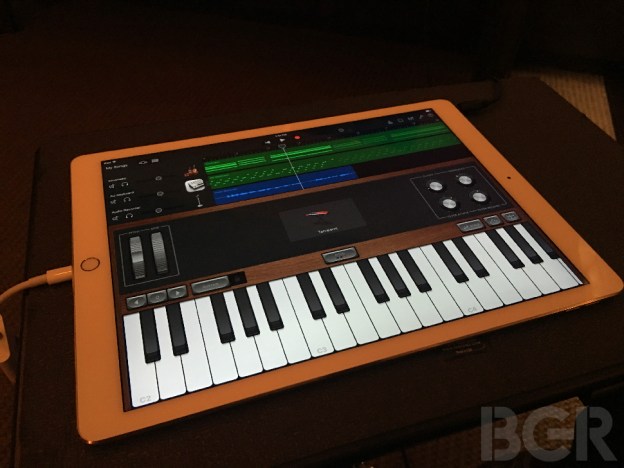 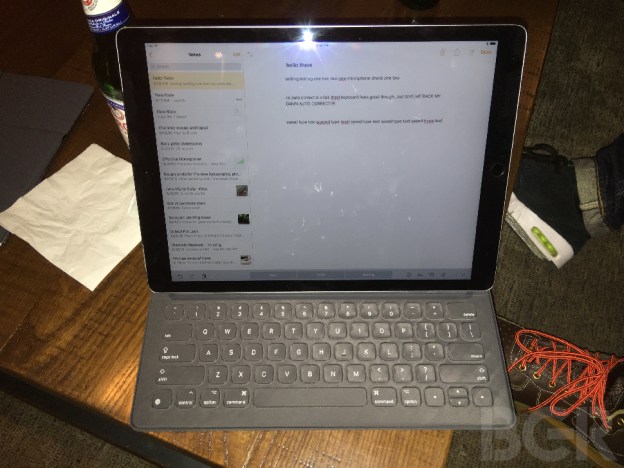 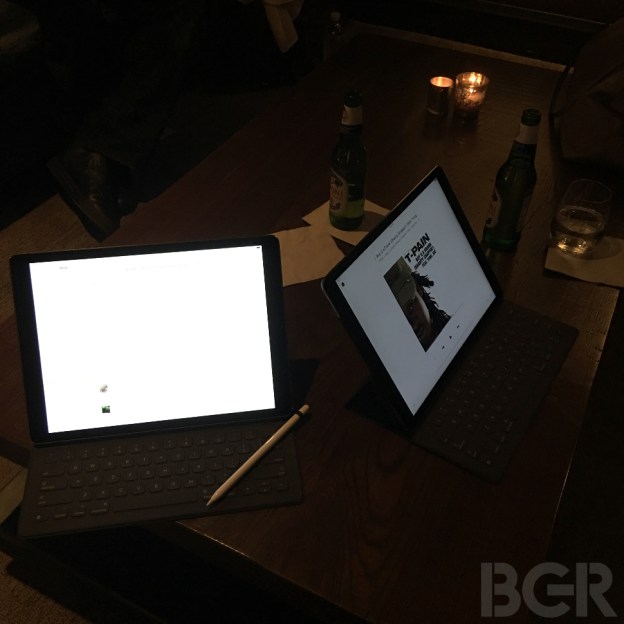 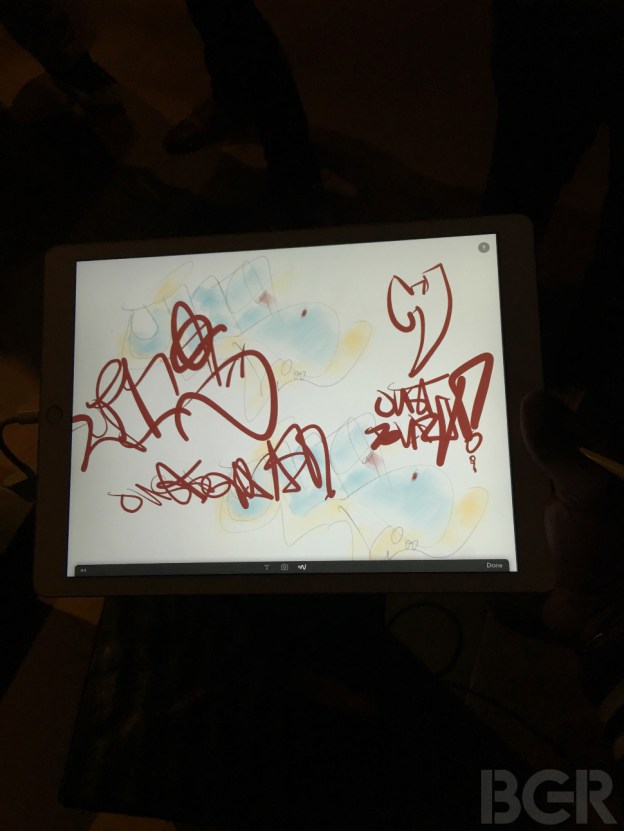 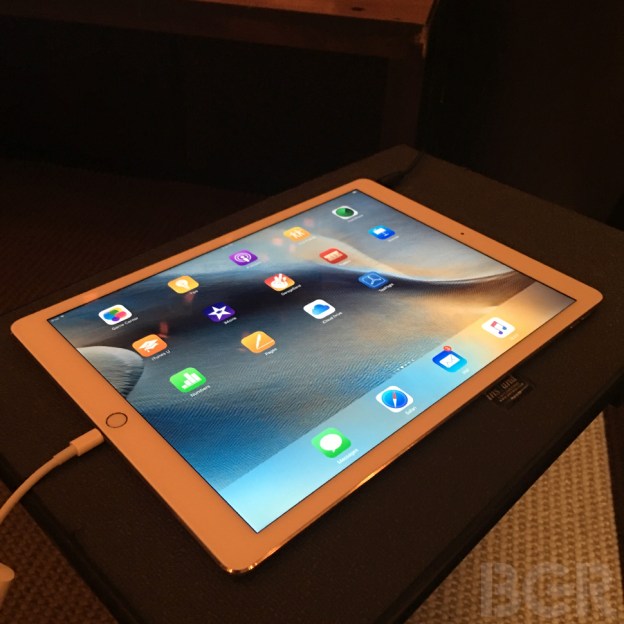