Preview: Nosgoth is a free, fast-paced multiplayer title with potential 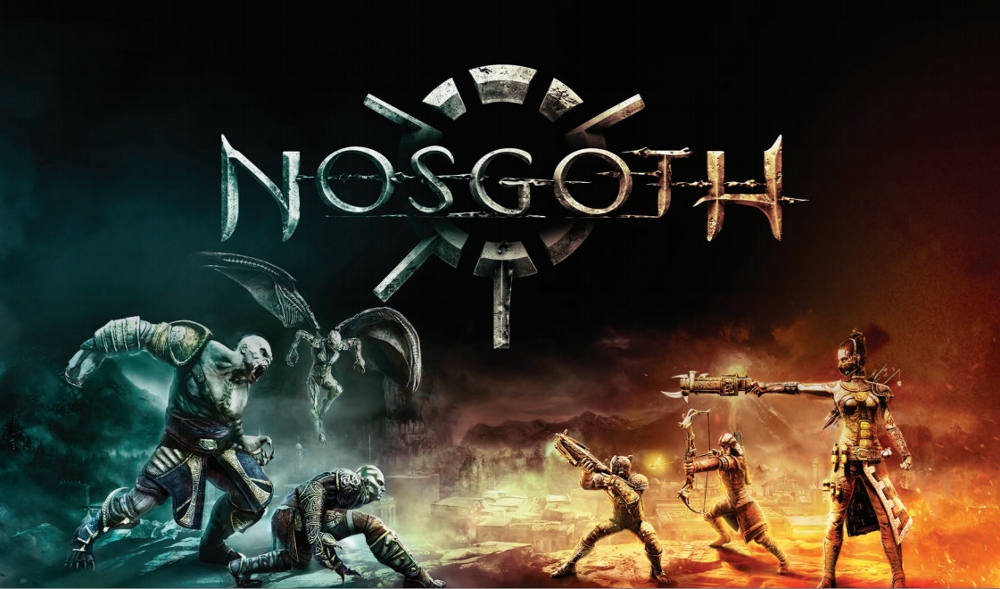 As the vampire descended upon me, ripping my frail human body to shreds, all I could think was, “Why didn’t I reload sooner?”

Nosgoth kind of came out of nowhere. This free-to-play multplayer shooter is set in the Legacy of Kain universe, a property that once meant a lot to gamers, but has been dormant for over ten years. The hows and whys of this game’s existence are fascinating in their own right, but after playing through several matches over the weekend and getting a grasp of the game’s structure, I stopped worrying about it.

Nosgoth is a multiplayer-only game by Psyonix, an arena shooter/brawler where a team of vampiric beasts face off against four well-equipped human hunters, switching sides halfway through the match.

Nosgoth isn’t the first game to let the players take the role of the “bad guys,” but it handles the balance reasonably well, even in its early beta state. Starting my first match as a human, I immediately felt outmatched by the vampires. Humans have very limited movement — beyond running from building to building or jumping short distances, you’ll typically be rooted to the ground while battling the enemy.

Vampires are much more mobile. Of the three available classes, one is able to fly and all three can climb any structure in the level. That means that the vampires are almost always going to have the higher ground, but most of their attacks require them to get up close and personal. Again, it’s a tricky balance, but whichever team develops a strategy first will typically have the upper hand, no matter which side of the battle they’re on.

Humans have three classes to choose from: Hunter, Alchemist and Scout. Each class has its own weaponry and unique abilities with which to contend the physically imposing vampires. The human abilities typically revolve around area-of-effect damage or temporary speed debuffs, slowing the advance of the speedy enemies. The Hunter has a bola which wraps up an approaching vampire, restricting any attacks for a few precious second. The Alchemist has two vials, one of which blinds the vampires and the other creates a wall of fire. The Scout can call in a volley of arrows which will quickly eliminate any vampires caught in its radius for too long.

The three classes of the vampires are Reaver, Tyrant and Sentinel. Where the humans differ in their armament, vampires can be distinguished by their size. Tyrants are huge bruisers, slightly slower than their companions but far more deadly at close range. Sentinels are small and vulnerable, but they can fly around the map, swooping in on unsuspecting enemies to lift them into the air. Reavers fall somewhere in the middle, relying on their speed and long-distance pouncing to catch humans from a distance. Each of the vampires also have abilities, some of which I’ve described, but unlike the humans, vampire abilities are more about physical action than equipment.

Nosgoth is a free-to-play game, and much like the popular MOBAs that have dominated the free-to-play scene on PC over the past several years, you’re either going to have to throw down a few bucks or play for a very long time before you start unlocking new costumes and weapons.

At the end of every match, you earn experience for whichever classes you played as and gold which can be spent in the in-game store on perks (increase health, increase wall climb speed) and equipment (primary weapons, secondary weapons, new abilities). If you want to pick up any new classes, skins or boosts, you’ll have to buy runestones, the game’s premium currency, with real money.

Team Deathmatch (first team to 40 kills) and Siege (capture and hold strategic locations) are the only game modes in the closed beta for now, but Psyonix is planning to add more modes, maps, skins and classes in the future. If you want to play the game during closed beta, you’ll have to pony up for one of the founders’ packs, which will give you access to a bevy of additional content. Once the game hits open beta, it will move to the free-to-play section of Steam for anyone to access. I definitely want to see more of what Psyonix has to offer before I make a judgment call, but I’m having a lot of fun with what’s available right now.