The Legend of Zelda: A Link Between Worlds (3DS) review 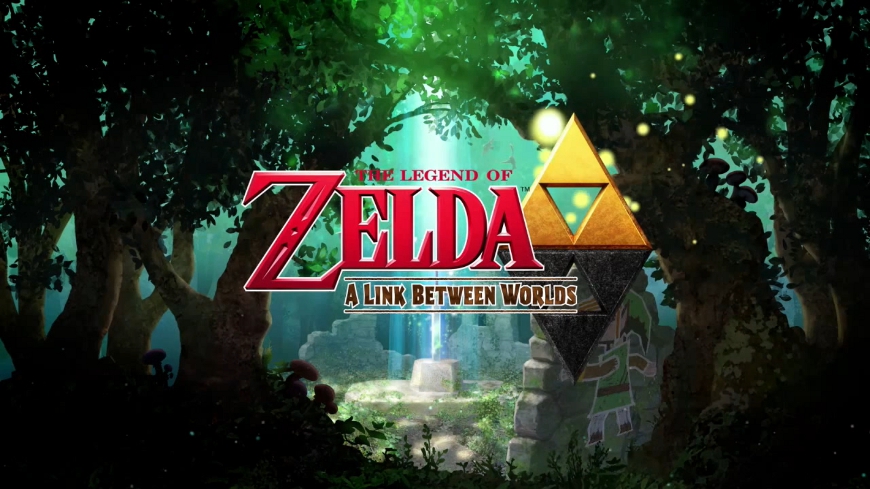 The top-down Zelda games started as console releases on the NES and SNES, but as 3D graphics took precedence, the flatter rendition of Hyrule was relegated to the portable platforms. Some have been better than others (here’s to you, Minish Cap), but virtually every portable entry to the series has stayed rooted to the open-world exploration of the original game. It might not be the best game in the series, but A Link Between Worlds for the Nintendo 3DS and other portable consoles is the most open, fluid and distinctive title since Wind Waker.

Let’s start with the obvious additions that set A Link Between Worlds apart from its predecessors. The classic means of item collection have been almost entirely scrapped. In their place is a store from which Link can rent (or buy) nearly every necessary piece of equipment less than an hour into the game.

In A Link Between Worlds, the entire world of Hyrule is yours to explore, equipped with whichever items you can afford. By the time Link reaches the Lorule, the decimated anti-Hyrule and counterpart to A Link to the Past’s Dark World, every dungeon can be explored in any order you choose. Here’s the catch: if you die, you lose all of your rented items. It’ll cost you to reacquire what you lost, but the economy in both Hyrule and Lorule is thankfully very forgiving.

The way items work has been revamped as well. In every Zelda title I can remember, Link has had a limited stock of certain items, such as bombs or arrows. Every item in A Link Between Worlds uses up a rechargeable energy bar instead, which means no more hunting for bomb-filled, breakable pottery to progress.

The other major addition is Link’s newest ability: turning into a drawing that can sidle along walls and cliffs. By pasting himself to the wall, Link can access areas that would be inaccessible otherwise, although in a combat-heavy game like this, it would have been nice to see graffiti-Link given a bit more of an offensive presence. The ability is not only unquestionably more than just a gimmick, it also allows us to see the Hyrule from A Link to the Past in a completely different light. Getting up close and personal with a map that many of us have memorized from decades ago is great fan service and adds a dimension to the experience that keeps it from becoming stale in spite of familiarity.

What surprised me most about the game was just how snappy it felt. Link moves at a quick pace through the map, but his speed is matched by the enemies populating Hyrule and Lorule. Don’t get me wrong, the game contains a lengthy, worthwhile adventure, but by the time you’ve locked into the controls and have a grasp of both maps, the pace picks up rapidly. The game’s version of fast travel, represented by bird statues that also serve as save points, is also a welcome improvement. Despite the relatively small size of the world, the maze-like structure of Lorule specifically can make traversing the same regions multiple times a challenge.

Regarding challenge, A Link Between Worlds is not a particularly easy game. At the risk of readers mocking my abilities, I have to admit that I found myself dying fairly often in some of the more difficult dungeons. But considering how much hand-holding makes its way into most Nintendo games, every swarm of enemies that cornered me in a dark room, every time I found myself stumped in the face of a new puzzle, entirely lost in search of what to do, it was a welcome breath of fresh air.

As I swam aimlessly above one submerged, but open, door, pondering which missing item would allow me to dive, I couldn’t help but be thankful that I didn’t have to read another screen of monotonous dialogue explaining each and every nook and cranny of the game’s world. I admit, I did have to resort to the carefully placed hint ghosts more than once, but it never took away from my enjoyment of A Link Between Worlds.

And that’s what this game is all about. There is just so much to see and do in the lands of Hyrule and the dark, mirroring Lorule, much of which I am sure I missed along the way. If you manage to open every chest and purchase every item, beat all the mini-games and collect enough rupees to buy Hyrule Castle, there’s still a Hero Mode to unlock with even stronger enemies to vanquish. The only significant complaint I could come up with while I was writing this review is that I only wish more of Nintendo’s games would adopt the same philosophy of providing us with a world to explore without explaining it every step of the way.

If you have a 3DS, 3DS XL or 2DS, and you’re looking for a game this holiday season, A Link Between Worlds will reward your investment with a volume of content and smart new gameplay dynamics that give the series the fresh coat of paint it needed.