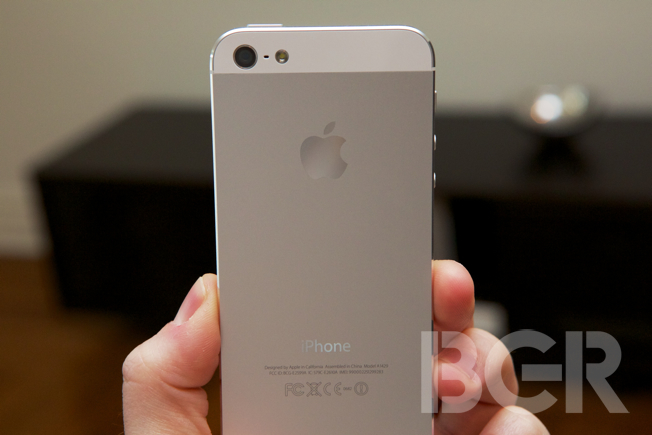 Apple’s iPhone 5S is most certainly being mass manufactured at this exact second, which is normal lead time of two to three months before launch. What is interesting, however, is obviously what the iPhone 5S is going to feature. What’s going to be different this time? Just an upgraded processor and camera? Most likely. A fingerprint scanner and NFC? Probably. But one thing that could be the most important element of the phone, any phone, has just started to bubble up after being overlooked for years, and that is what material the case is going to be made out of. My prediction is that we are going to see a LiquidMetal case for the first time on an iPhone, and this is my reasoning behind it.

Years ago, Apple signed an exclusive licensing agreement with LiquidMetal to use its unique material that is two to three times harder than normal metals, yet can be injection molded into custom parts and shapes. It is very scratch resistant, and yet extremely light.

BGR exclusively revealed various components from the upcoming iPhone 5S in a report back in May, and besides the fact that it looks like Apple is going to offer a gold iPhone (something that myself and Anostyle made hot), there was something else I noticed about the SIM tray but couldn’t put my finger on. These trays were not cut out of aluminum… they looked injection molded. But out of what? The Vertu Ascent in 2004 was the first of a range of Vertu handsets to feature the LiquidMetal alloy, and it’s composition is unmistakable. It’s an almost powdery metal and I can attest to its strength and durability because I remember dropping my Vertu on multiple occasions on the concrete pavement of New York City only to pick it up and happily find that there was never a scratch on it. For further reference, I just remembered this campaign that Vertu launched with the Ascent in which the company showed a Porsche 991 drive over a Vertu Ascent to show just how durable it was.

Thinking about this further, what I find so interesting is that these phones were absolute perfection — in terms of the hardware (and I have always had a thing for Vertu). Beautiful, gorgeous materials, LiquidMetal, the finest leather, jeweled bearings beneath the keys, and… a sapphire crystal display. Not only is Apple interested in, and going to launch a LiquidMetal iPhone 5S in my opinion, but it is also exploring sapphire material to cover the company’s displays.

Apple is replicating something that Vertu pioneered 10 years ago, except now Apple can take these materials and scale production enough to build hundreds of millions of handsets, as opposed to Vertu, which only manufactured thousands — and each by hand.

Moving forward, it is going to be very difficult for vendors to copy Apple’s mobile device experiences, both on the outside and the inside.