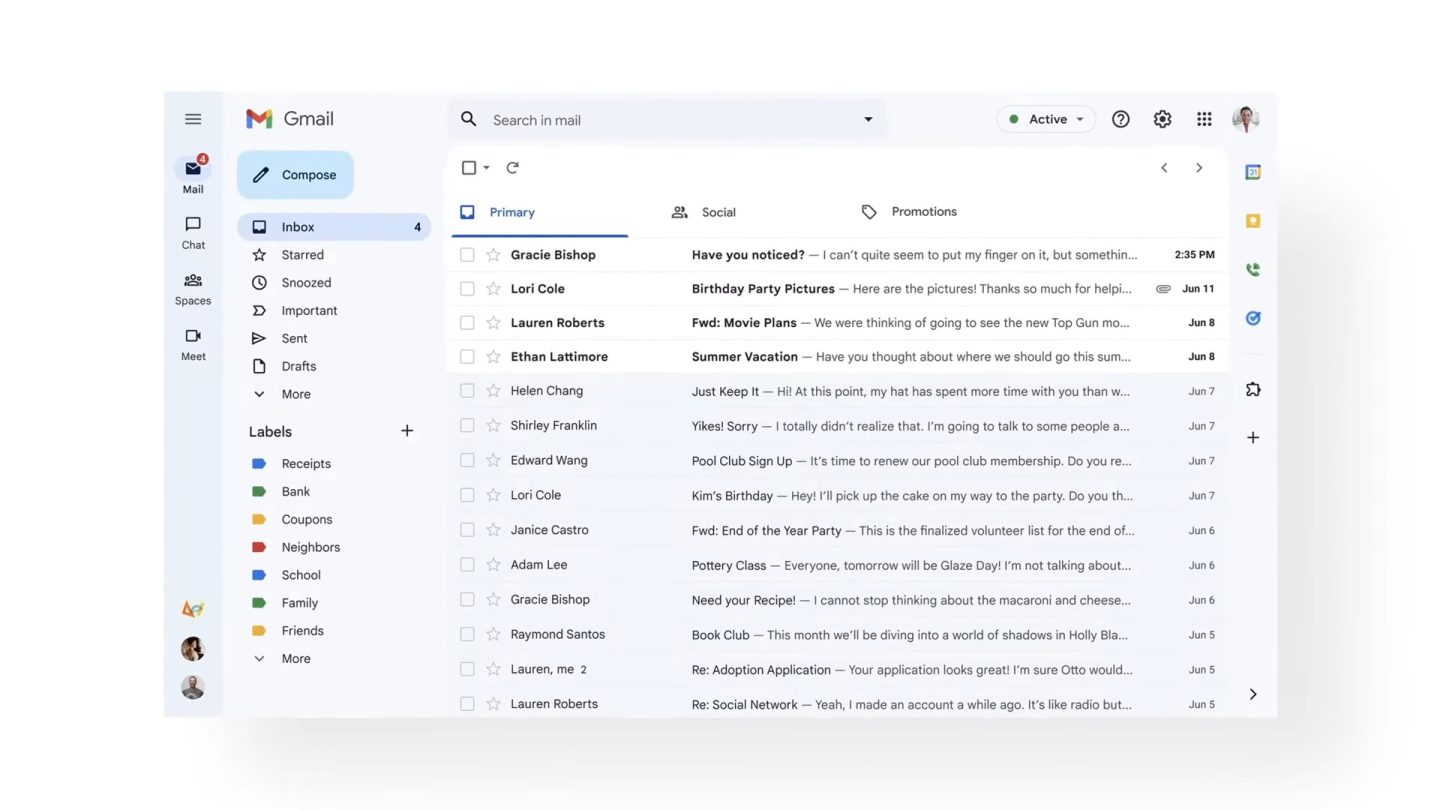 At the beginning of the year, Google announced a redesign for Gmail called the “integrated view.” The rollout started back in February, and by now, virtually everyone has access to the new design. Of course, if you prefer the old design, you can still switch back, but that won’t be the case for much longer. This week, Google announced that the integrated view “will become the standard experience for Gmail” by the end of November.

Currently, if you visit Gmail in your browser and click on the gear icon in the top-right corner, you’ll see an option near the top of the menu which reads, “Go back to the original view.” If you click it, your inbox will revert to the old user interface. According to Google, that option will no longer be available before the end of the month.

The Gmail team claims that these changes make it easier to get to what matters. It cuts down on the need to switch between apps, windows, and tabs, as everything is now accessible in one place. You can choose whether or not to add Chat and Meet to Gmail.

This change is automatic, so you won’t have to do anything (and you can’t stop it). Google says that the gradual rollout for Rapid Release domains started on November 8th, while the gradual rollout for Scheduled Release domains will start on November 29th. It could take up to 15 days after the rollout begins before you see the changes. You could also see Gmail as a stand-alone app on the upcoming Pixel Watch.