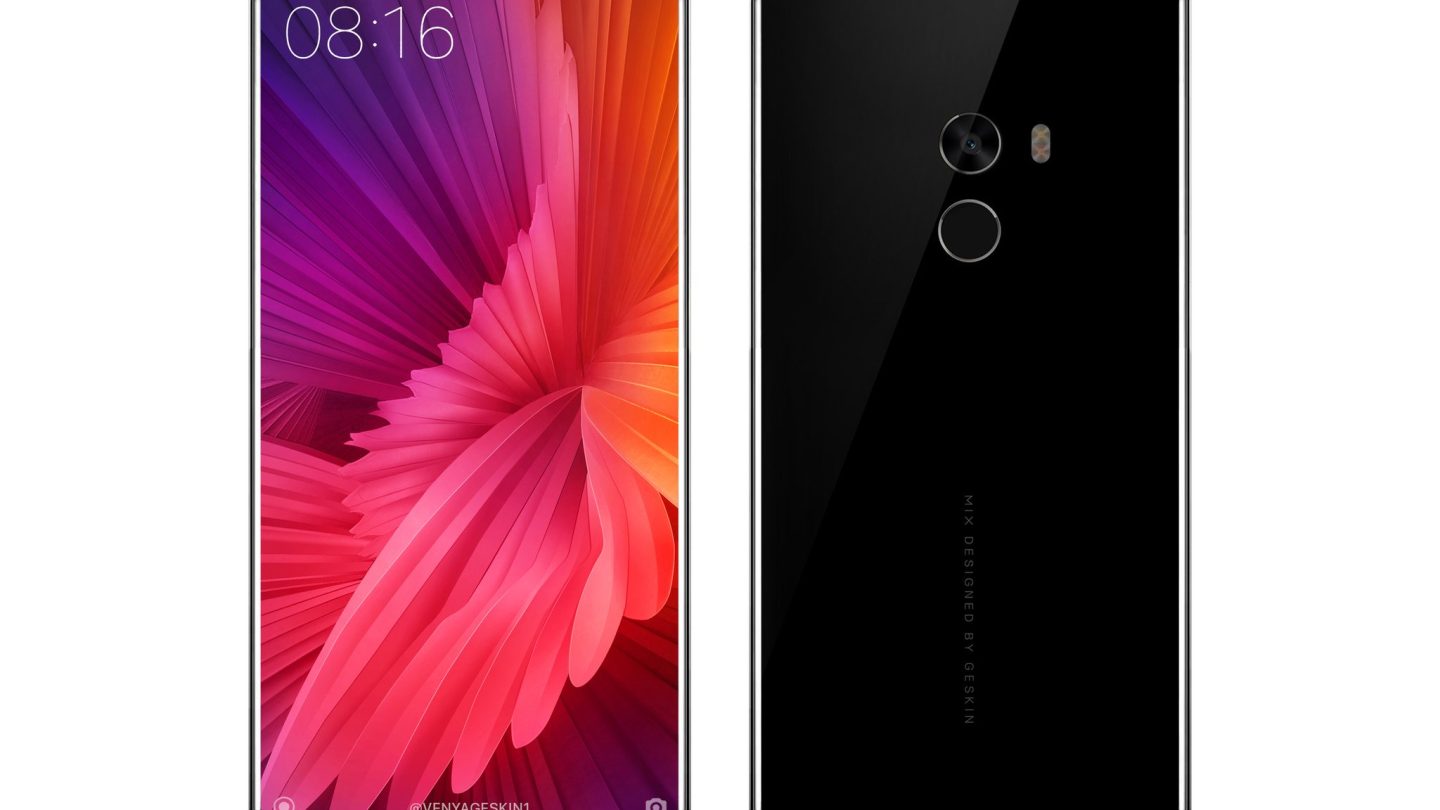 Just as we were starting to come to terms with the goofy notch in the top of the iPhone 8 display, Xiaomi comes along and makes Apple’s efforts at a bezel-free design look like complete bunk. In a pair of teases — one official and one possibly leaked — Xiaomi’s Mi MIX 2 looks like what we all dreamed the iPhone 8 would look like, only real.

Mi MIX designer Philippe Starck shared a jaw-dropping teaser video on his Facebook page revealing what appears to be the targeted design of the Mi MIX 2. Check it out:

There’s really almost nothing to see, because the bezel is so incredibly tiny, with just a sliver at the very top and a tiny strip that houses the camera and microphone at the bottom. It’s a truly gorgeous device, and even if this is all we had seen, we’d have been mighty excited. But then, noted leaker Benjamin Geskin dropped what he claims is the product render for the Mi MIX 2 as well:

The images match up perfectly with the video, so it’s safe to assume that, baring a production tragedy, this is indeed the design of Xiaomi’s next ultra-flagship.

The first Mi MIX — which Xiaomi famously called a “concept phone,” indicating that it wasn’t sure if the world was ready for such a wild design — was the first shot fired in the war against the bezel. After the popularity of the design was apparent, other phone makers went all-in on edge-to-edge-to-edge-to-edge displays in an effort to reach the ultimate smartphone endgame: a bezel-free phone.

These new Mi MIX 2 renders reveal just how incredibly fast Android smartphone manufacturers are advancing the bezel-free concept. By comparison, what we’ve seen so far of the iPhone 8 design appears to be a massive compromise, and it’ll be interesting to see how the next flagship Apple smartphone fares in the face of its biggest challenge yet.