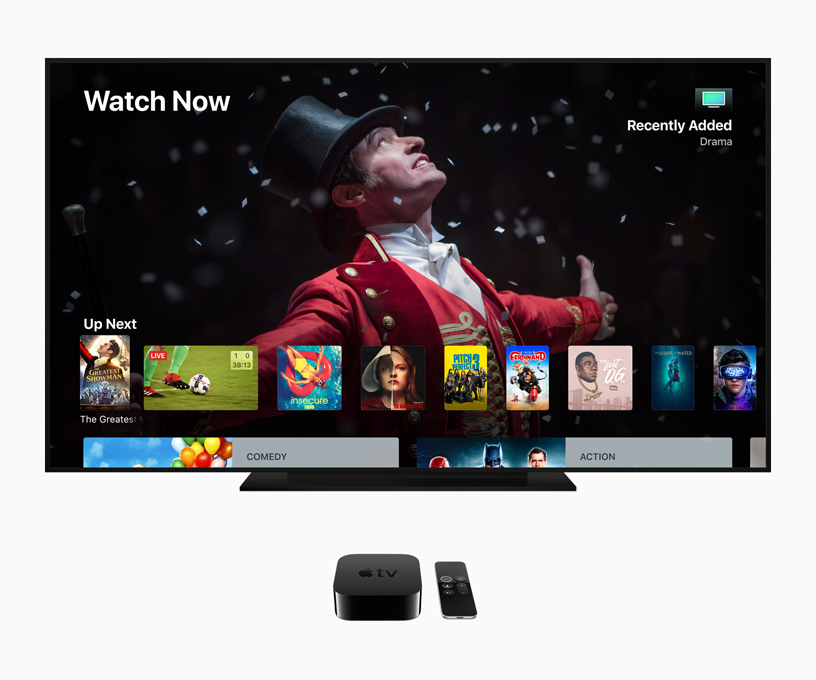 Today at Apple’s WWDC 2018 conference the company revealed an update on . According to Apple, the business has grown 50% year-over-year, which is pretty impressive for a product that not a whole lot of people talk about. Now, on the heals of the launch of 4K last year, the company is rolling out some updates with tvOS 12.

For starters, the 4K is finally getting support for Dolby Atmos, which Apple says will improve the viewing experience even if you just have an Atmos-enabled sound bar. To compliment the rollout of Atmos, Apple is upgrading all supported titles with Atmos support automatically, and will have the largest collection of Atmos-enabled content anywhere.

Apple has been pushing to make a one-stop entertainment shop for some time, and last year’s single sign-on feature made it easier to access cable company content right on the . Now, a new “Zero Sign-On” feature will automatically detect subscriptions without the need to actually type in your account information.

Charter Spectrum will be the first company to support this new feature. It works by detecting your subscription through the broadband connection feeding into the . Seems pretty simple and very, very convenient.

will now also show up in the Control Center, and the company is working on adding support for standalone remotes, if that’s your thing.

Apple even teamed up with the International Space Station to deliver a new screensaver option that gives an incredibly sharp view of the entire planet. Apple took a moment to thank NASA for providing them with the footage for the new aerial screensaver.

Apple spent some time touting its wealth of content, including 100 video channels in the TV app, while promising that even more content is on the way. The is now the only streaming player with both Dolby Vision and Dolby Atmos, and Apple is clearly betting that this will give it the edge over its cheaper competitors.

Overall, it’s a pretty mild update for the , but Dolby Atmos is a huge addition. If you’re a home cinema buff you’ve likely been waiting for Atmos to be added for a while now, and with 4K support finally beginning to mature it’s likely that Apple will ride its current momentum for at least a little while.